The watchers and the watched

The woman sits in a park, legs crossed, smoking, relaxed. Two men watch her from a window above the park, and they discuss her, looking down on her. "If she were six, you would say she was sulky," one of the men says. "Since her incarceration, her group of friends has been destroyed." She is meeting the two men, and one says, "She won't come in a moment before it's time." It is an eloquent exchange, and even more eloquently filmed, the woman seen in long shot, from above. She knows she is being watched. Her "relaxation," then, is an act of public theatre.

This is the opening scene in Christian Petzold's effective psychological and political thriller "Barbara," and it sets up the tension and atmosphere with precision and a taut elegance. It is East Germany, 1980. Barbara, the woman, played by Petzold's regular muse, Nina Hoss, is a chilly alert blonde. Barbara is a doctor and has been placed in a rural medical clinic as punishment for applying for an exit visa. Given an apartment by the State, Barbara is under constant surveillance by the Stasi. Andre, the doctor who runs the clinic (played by the gentle, hunky Ronald Zehrfeld), is an informer for the Stasi, and yet he does not seem devoted or fanatical in that role. His primary priority is his patients. He would also like to get to The Hague someday, to see Rembrandt's "Anatomy Lesson" in person, although his hope for being allowed such a trip is dim.

Andre recognizes Barbara's gift at her job during her first shift, when she correctly diagnoses a teenage girl (Jasna Fritzi Bauer) with meningitis, the signs of which the rest of the doctors had missed. Barbara, the cool character self-consciously smoking in the park, is an entirely different person at her job. The girl has escaped from Torgau, a Socialist work camp nearby, and Barbara treats her with a mischievous warm camaraderie, and reads to her at night. Barbara's choice of book is significant: The Adventures of Huckleberry Finn.

In Mark Twain's classic, Huck and Jim, on the run, take to the Mississippi River in a raft, loosening the fetters that bind them on the mainland, all while plunging deeper and deeper into slave country. Barbara, who has secret rendezvous in a nearby forest with a lover from West Germany, smokes expensive black market cigarettes, and has mysterious meetings with people who surreptitiously hand her packets of money, is a flight risk: you can sense that in her tense posture, and in her wild-looking eyes flicking out the window at the sound of every car horn.

Nina Hoss is a magnificent actress, watchful, tense, and spikily intelligent. When a smile cracks open on her face, the warmth and beauty is heartbreaking, because of the contrast. Hoss' work in all of Petzold's films is good, and while he has used her continuously, she never shows up as quite the same character. The woman in "Yella" is not the same as the one in "Jerichow" or in "Barbara." Nina Hoss can do anything.

In East Germany, in 1980, no one is to be trusted, and Petzold creates that sense of oppression with meticulous sound design (never has a doorbell sounded so frightening), and yawning gaps in between conversations, gaps filled with sound: wind, echoing footsteps in a hallway, trees rustling, the crunch of gravel under bicycle wheels. There is no score. The only music comes from the radio, once, and when Barbara plays her newly-tuned piano alone in her apartment. Barbara's landlady stares at her with cold expressionless eyes, a piano tuner shows up unexpectedly, freaking Barbara out (he must be there to inform on her), and every interpersonal interaction is charged with suspicion. Even the romantic and sexual tension in between Barbara and Andre seems loaded and dangerous.

"Barbara" is extremely suspenseful, without using the common genre trappings. The workings of the clinic are observed in a detailed fashion. Andre has set up a lab where he makes his own serum, a fact that impresses Barbara, accustomed as she is to better big-city hospitals. Petzold's films with Hoss are often about different sub-cultures of work, as well as about the long shadow left by Germany's split: in "Yella," Petzold examines the risky thrill-seeking world of corporate negotiations; in "Jerichow" it's the ins and outs of snack bar ownership, and in "Barbara," the challenges of running an out-of-the-way clinic, short on supplies and staff. There are decisions to be made about the patients (the teenage girl with meningitis, and another teenager, a failed suicide), and these decisions require cooperation and openness, anathema in a police state.

Andre, after examining the boy who attempted suicide, confides to Barbara, "I don't know. Something is wrong. I can feel it." One could say that about the entirety of the world portrayed in "Barbara," a world filled with everyday objects: bathtubs, pianos, bicycles, cigarettes, all of which take on portentous significance when seen in the context of totalitarian culture. Something is wrong in East Germany, and everyone can feel it. Doctors examine a patient and make a guess at a diagnosis.

The reality of Barbara's world, and the world of all East Germans, is one of constant surveillance, omnipresent informers, and a huge gap between private and public behavior. Petzold is a master at creating the kind of tension that can be felt on a subterranean level, a sort of acute uneasiness that can't be easily diagnosed, fixed, or even acknowledged by the characters. This is well-trod ground for Petzold, but never has it been so fully realized, so palpable, as in "Barbara." 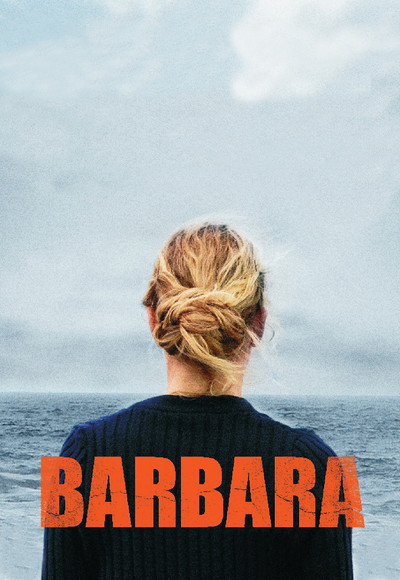 Rated PG-13 for some sexual material, thematic elements and smoking