The animated logo of the Cannes Film Festival, set to a famous snatch of music from Saint-Saëns’ “Carnival of the Animals,” precedes every competition screening. It depicts a slow pan up a flight of red-carpeted steps to the top, where the Cannes logo rises like a moon against a starry sky. It’s been like that forever, except that the steps used to be yellow and the sky blue, long before red became the de rigueur color of celebrity.

Only four more days before the jury decisions are announced, and the shape and depth of this year’s competition is becoming clear. This morning, the formidable Dardennes brothers (“Two Days, One Night”) figuratively made their case with “The Unknown Girl,” starring Adèle Haenel (“Water Lilies,”) as Jenny, a dedicated doctor. Jean-Pierre and Luc Dardenne have twice won the Palme d’Or (for “Rosetta” in 1999 and 2005's “The Child"). In terms of experience and longevity in competition at Cannes, only Ken Loach, also a social realist, is their rival.

“The Unknown Girl” quickly establishes a familiar pattern for a Dardennes film, in that it’s a single-minded quest. Just as Marion Cotillard’s character goes door to door in search of the support of her co-workers in “Two Days, One Night,” and a rejected boy searches out his father in “The Kid with a Bike,” the young doctor seeks the identity of a woman she turned away from her clinic door one night.

Long past closing time one night, the waiting room door buzzer sounds and Jenny, temporarily filling in for a retiring doctor, orders her intern to ignore it. The next morning, a woman is found dead of a head injury on the riverbank across the street. Police view the clinic’s surveillance video and see a frantic young African woman approach the door, try the buzzer, then run off when it’s not answered. Her identity is unknown.

Stricken with guilt and feeling responsible in part for the death, Jenny turns down the offer of a dream job at a suburban clinic and assumes the elderly doctor’s urban practice, where her patients are industrial workers, retirees, immigrants and people on public aid. She becomes passionate about discovering the name and story of the dead woman, taking a phone shot from the surveillance video as she begins her own private investigation.

Jenny (despite the minor human flaws allowed her) is seen as beloved by her patients to the point that the goodness ascribed by the script is cloying. A frail cancer patient, his head bald from chemo, composes a song in her honor; an elderly lady gifts her with a cake; and a pensioner who can barely walk is thrilled when she accepts the invitation to sit at his kitchen table for some instant coffee. She begins sleeping on a cot in her clinic in order to be on call day and night.

Jenny rushes in where even fools would fear to tread, meeting alone with rough characters, showing up at abandoned buildings and a construction site to look for clues. She pursues a teenage patient, who may know something, to the point of harassment. For all the vaunted realism of the Dardennes' body of work, “The Unknown Girl” employs a menu of movie conventions and stretches plausibility to the limit. Their formula may be tried, but it no longer looks true. 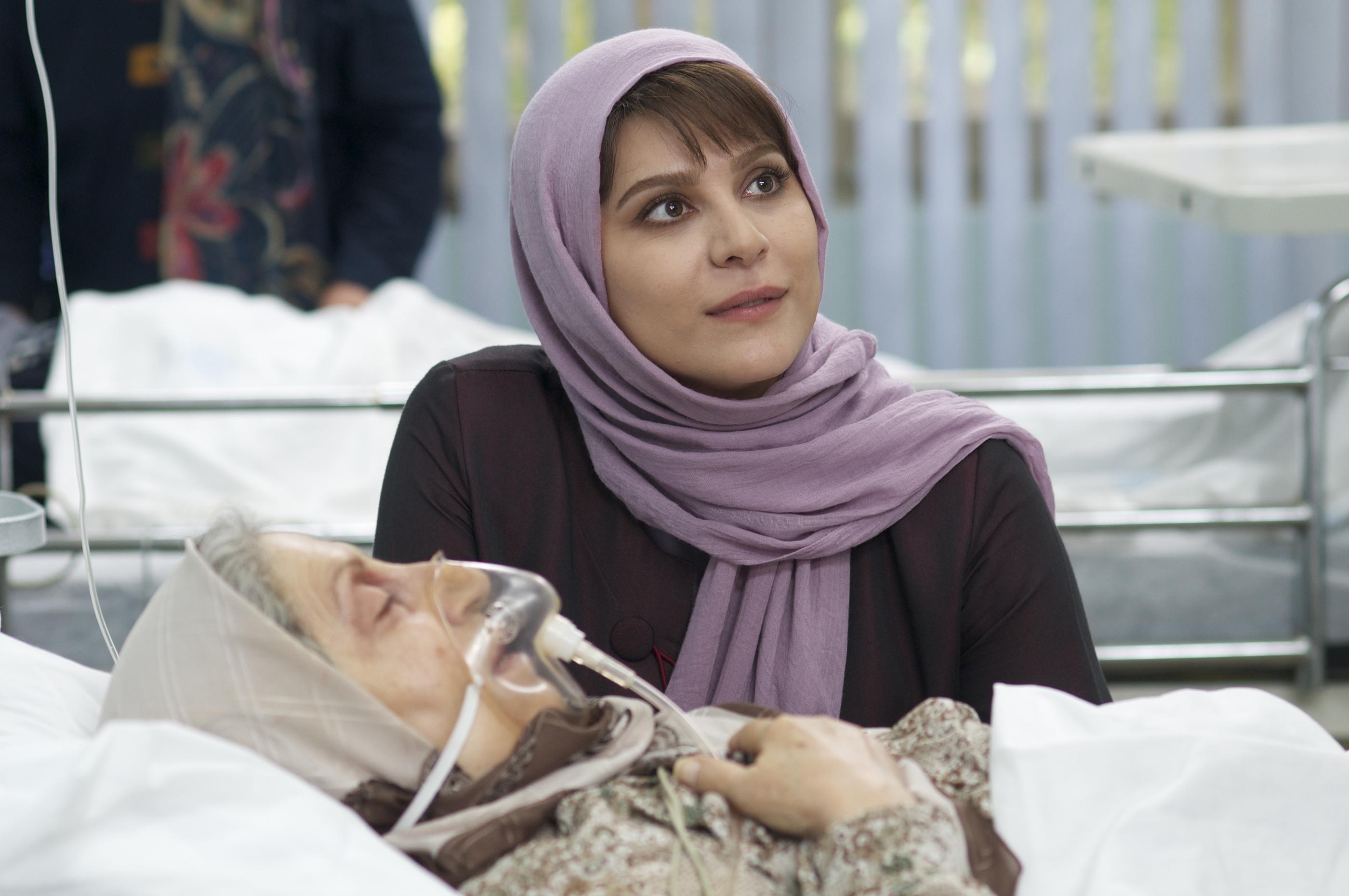 “Inversion,” the first dramatic feature by short film and documentary-maker Behnam Behzadi, represents Iran in the Un Certain Regard section of the festival. The theme of a woman seeking self-determination in the face of society’s restrictions is one that has remained in the forefront for contemporary Iranian directors. Although not social realist in its style, “Inversion” addresses real issues regarding a woman’s freedom to choose her own life in the face of the overriding grip of family obligation.

Introducing the film at today’s premiere screening along with his cast, Behzadi explained the status of an independent filmmaker in Iran with, “You always feel that you are alone all the time … you have nothing except your aloneness.” Coming to terms with the strength required to be alone is at the heart of “Inversion.”

Niloofar (Sahar Dolatshahi) is the youngest of a family of three. She’s comfortably middle class, single, and lives with her elderly mother, who maintains a busy social life despite suffering from emphysema. Niloofar would seem to be a happily independent woman. She’s a manager and owner of a small garment factory, and is in the course of tentatively resuming a friendship with a man whose previous courtship of her had once been cut short due to family circumstances.

In the course of one of Tehran’s climate inversions, causing dangerous pollution to engulf the city like a heavy fog, all that changes in a flash. Her mom ends up in the hospital and is told that she will certainly die unless she is moved to another part of the country where the air is clean. The tentacles of family subsequently reach malevolently into every part of Niloofar’s life, threatening her promising relationship and even her livelihood, when older married siblings commit a series of betrayals when unilaterally making the decision that “sweet little sister” will be mom’s permanent caregiver.

Behzadi’s storytelling is conventional, but the film’s appeal lies in its revealing construction of the web of family obligation and filial responsibility. Iranian filmmakers are used to working with metaphor and fictional subterfuge, and this director’s underlining of the concepts of inversion, independence, and self-determination can be read with a wider meaning. 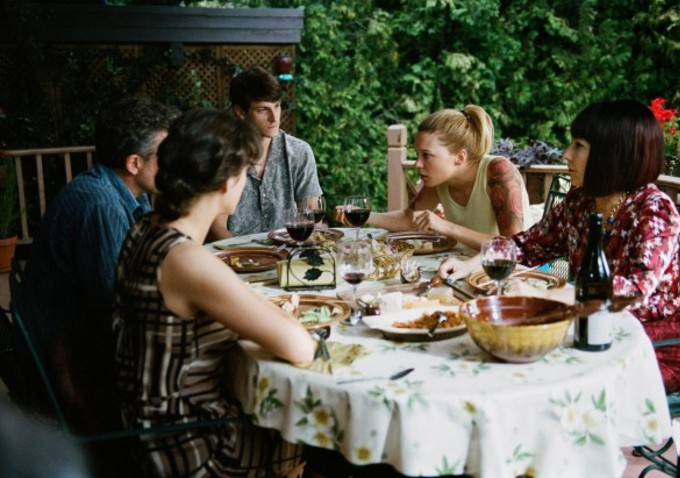 For a director who’s not yet thirty, Canadian Xavier Dolan has had a remarkable career so far. Five of his six feature films have been presented at Cannes, starting with “I Killed My Mother” in 2009 and including “Mommy,” which won the Jury Prize in 2014. Last year, Dolan served on the competition jury headed by the Coen brothers. Dolan is back with another vision of family-from-hell with “It’s Only the End of the World.” It features a small but select Who’s-Who cast of French stars, but this film is not their finest hour.

It’s not giving anything away to reveal that Louis (Gaspard Ulliel), a 34-year-old gay playwright, is on his way home after an absence of twelve years, with the specific purpose to reveal that he’s dying. This particular long day’s journey doesn’t even make it into night before chaos ensues. Louis is awkwardly welcomed by mother Martine (Nathalie Baye), a brittle, self-centered diva; mean-spirited older brother Antoine (Vincent Cassel), a jerk with Neanderthal views; restless pothead little sister Suzanne (Léa Seydoux); and Antoine’s meek but intuitive wife Catherine (Marion Cotillard).

A barrage of snarky insults, nonsensical babbling, and aggressive browbeating characterize the family interactions, with Louis functioning as the silent sounding board to a non-stop process of letting off steam by the others. Dolan forces proximity through preponderance of close-up shots in a lurid half-light. Repeated shots of doe-eyed Louis’ handsome face in a distant dreamy mode comprise the closest thing to the film’s anchoring performance.

Tension doesn’t so much as build as never slack off. An outdoor lunch turns into a full-scale melee of verbal abuse. Louis has not yet revealed his news, but something in the air is as thick and threatening as the storm that blows up. The visit comes to a premature conclusion in an appalling explosion of fright and anger directed at this prodigal son.

Equally appalling is the fact that these talented actors are given so little to do beyond raging or cowering in a script that feels like it was made up on the set. They deserve better, and Dolan has the track record that proves he is capable of far better than this.

One Night in Miami