Grand Théâtre Lumière is Cannes’ largest and most celebrated venue, famous for holding early morning screenings packed with coffee-sipping zombies (aka international press at festival’s mid-point). Today, the place hosted a very special afternoon event: sparsely attended by journalists, but nevertheless touching in its celebration of cinema’s founding fathers. "Lumière! 120 Years of Lumière Cinematograph” consisted of an hour-long selection of pioneering short films by the legendary French brothers, Auguste and Louis Lumière, all presented for the first time in a stunning 4K digital restoration that truly reclaims them as works of art.

In an inspired touch, the screening’s special guests included three other pairs of cinematic brothers, each representing a different period of world cinema’s history: the Tavianis, the Dardennes and the Coens, all of whom entered the venue amidst thunderous applause. The director of the Cannes Film Festival (and of Institute Lumière), Thierry Frémaux—usually elusive as he dashes from one event to the next—graced the entire event by not only staying to watch the films with the audience, but also by providing each with a running commentary (together with his co-host and impromptu translator, Bertrand Tavernier). Their friendly banter was at once knowledgeable and hilarious. It was a particularly pleasing thing to see both of them, seated in bulky chairs on the stage: two silhouettes of diehard cinephiles having a great time, MST3K-style.

The films themselves were truly stunning to behold: even if one was familiar with them from numerous documentaries on history of cinema, the luminous projection on the theater’s massive screen granted them a majestic presence. The collection was divided into chapters: opening with such classics as "Employees Leaving the Lumière Factory” (in three different versions!) and "Breakfast of a Child” (an idyll including a bottle of cognac right next to the titular infant, as Frémaux cheerfully pointed out). 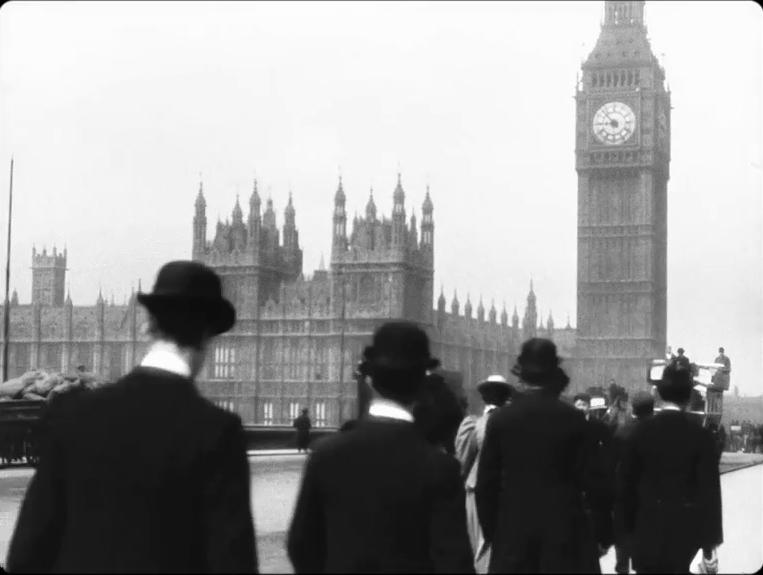 All of the films were shot in the period between 1895 and 1905 and convey a sense of Lumiere’s enterprise expanding: first shorts mostly portray everyday life in and around Lyon, while later ones cover locations as diverse as New York and Vietnam, providing their turn-of-the-century viewers with novelty items and news at the same time.

One feature of the films that kept being pointed out by the commentators and noticed by the viewers: the brothers’ stunningly mature sense of photographic framing and composition. Even though there’s no editing in any of them, each short presents a shot composed in a way that is as close to telling a story as one can get without actually creating characters. The deep focus in some of the shots rivals that of Gregg Toland’s memorable images for "Citizen Kane”: a beach in Biarritz is turned into an elegant swirl of lines and human dots that literally makes one gasp. The budding storytelling impulse, on the other hand, is most hilariously on display in three "military” films, showing French recruits goofing around and topping each other in crazy antics clearly done for the camera’s sake.

In a place like Cannes, all but obsessed with chasing after novelties and the latest thing, it was especially refreshing to see the earliest artifacts of the medium being celebrated in such a grand and leisurely way. I do hope the shorts get a Blu-ray release soon—they provide the evidence that the art of placing the camera in the right place and switching it on for the right amount of time is the essence of filmmaking.