Last month, Chicago’s political history added another inspiring chapter when a Black Lives Matter protest shut down parts of Michigan Avenue and State Street, garnering national attention to a phrase that cannot be repeated enough. The values, pride and energy within that movement can be found in the programming of the Black Harvest Film Festival, hosted by the Gene Siskel Film Center in the same part of Chicago’s downtown that was shut down in the name of activism. Now in its 22nd year, the festival offers a line-up of inspired features and shorts that celebrate the African-American life experience through common themes of identity, community and history, from filmmakers and actors based in Chicago and throughout the world. The festival runs from August 5 - September 1.

This year’s programming has a particular focus on the presence of history in modern times, with characters interacting with the past to provide perspective. The festival’s Pre-Opening Night Party has a perfect screening to accompany it: “Purple Rain,” a tribute to the recently deceased Purple One. [Click here for more information].

Saturday, August 6 marks the official opening of the festival, which kicks off with a “sneak preview of the 2016 ‘harvest,’” a group of six short films. One featured title is “The Big Chop,” a hilarious comedy about a woman reflecting upon her lifelong relationship with her Afro-textured hair. ["A Black Harvest Feast" screens Saturday, August 6 at 7:30pm. Click here for more information]. 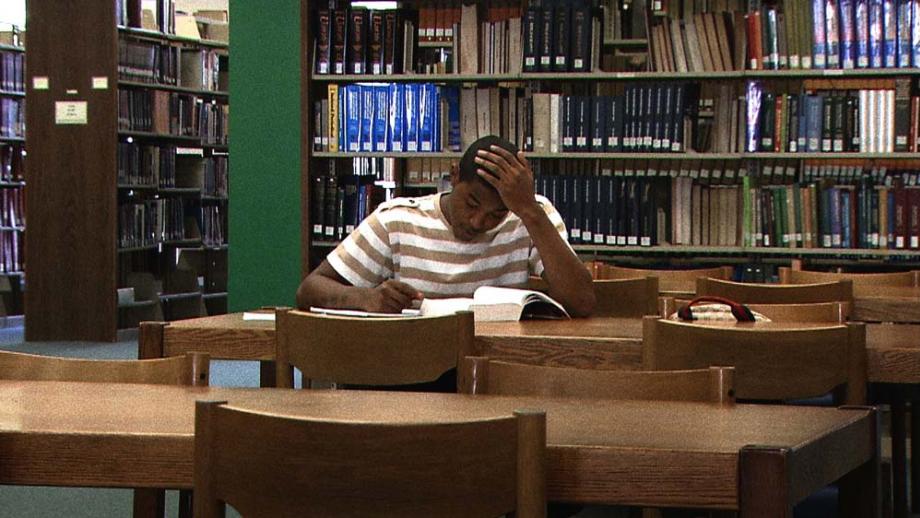 The first feature screening at the festival this year is a winner, Tod Lending’s documentary “All the Difference.” It follows two men who are part of the first graduating class for the recently established Urban Prep Charter Academy for Young Men, and their journey through the self-motivation required in college life. Krishaun has broken out of gang life and wants to study criminal justice at Fisk University in Tennessee, while Robert hopes to become an anesthesiologist with his studies at Lake Forest College.

Shot over five-and-a-half years and edited with equal embrace for the emotional highs and lows, “All the Difference” is essentially the “Hoop Dreams” of the college experience, tracking the young men through their journeys to believe in themselves, and to be motivated by more than external pressure or fear of failure. Lending’s camera is present at every counseling meeting and financial aid discussion, illustrating the stakes of their time in college and the support they receive from mentors and professors along the way. As a reported 16% of African-American men graduate from college, “All the Difference” is the powerful observation on what it may take to substantially raise that number, and how that will lead to positive changes for the rest of the world. [“All the Difference” screens Sunday, August 7 at 3:00pm and Monday, August 8 at 6:00pm. Director Tod Lending and Krishaun Branch will be present for audience discussion after both screenings. Click here for more information.] 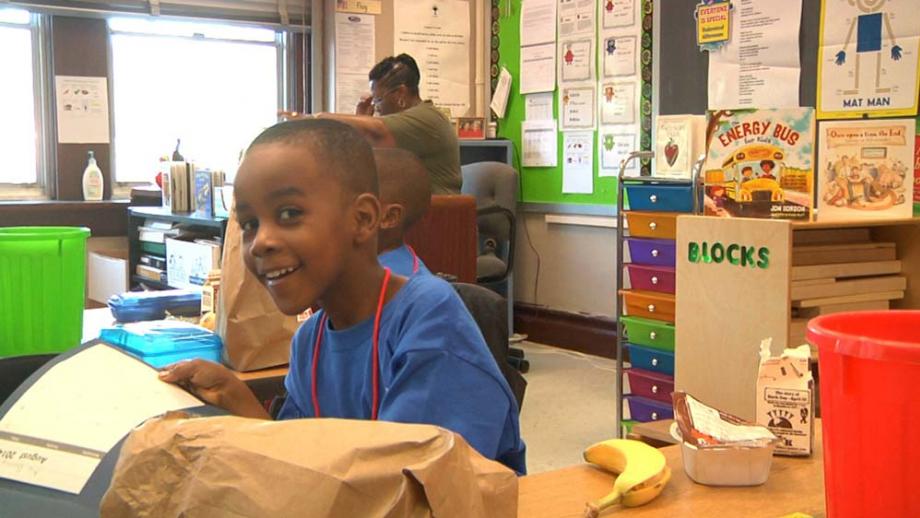 Another highlight of the festival is of a similar focus, but with a much younger age group. Kevin Willmott’s documentary “Gordon Parks Elementary” focuses on a school in Kansas City that faces closure if the test scores aren’t raised at the end of the year. But with all-access to the students and their teachers, Willmott presents an image of a school that’s bigger than standardized questions, an institution of motivated educators who care for these children, many of whom come from the most disadvantaged areas, and have behavioral issues directly related to the trauma they've experienced at home.

One of the many powers behind this can’t-miss documentary is how universal its problem is, and how poignant its ideas are about valuing that which is learned beyond test results. There’s also a gripping catharsis to how people who have been dealing with the Gordon Parks Elementary stress speak their peace, like when an educator states bluntly that "poverty is trauma" for the very students getting some type of help at the school, or when a mother speaks on behalf of her family and says “I don’t want to be a statistic.” “Gordon Parks Elementary” is one of those special films that puts entire lives behind numbers, whether statistics and test scores, revealing a necessary humanity with filmmaking that feels professional yet beautifully down to Earth. [“Gordon Parks Elementary” screens Sunday, August 14 at 3:00pm. Director Kevin Willmott, executive producer Nancy Seelen and producer Sam Zeff will be in attendance. Click here for more information.] 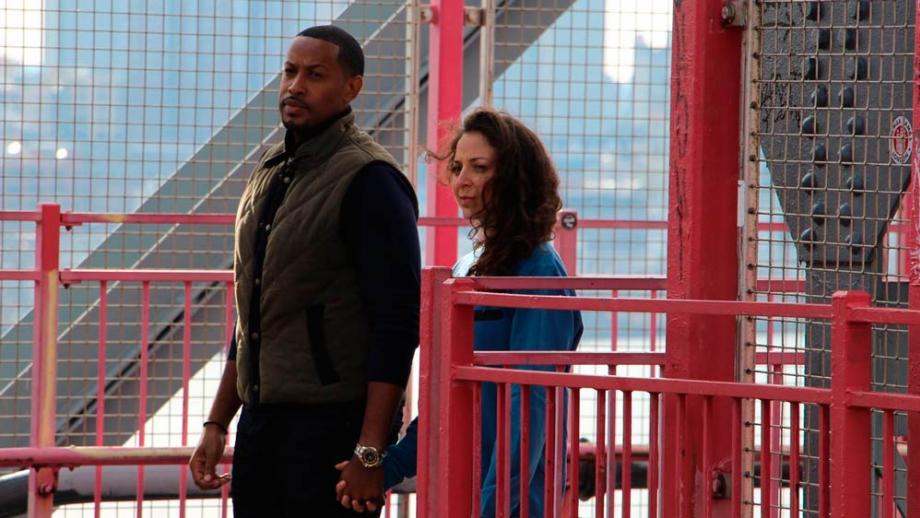 The cultural intertwining within an interracial marriage is tackled up close and personal with “Love Isn’t Enough,” a “Blue Valentine” of sorts for the Black Lives Matter discourse. Anchored by strong chemistry between its two leads, the movie explores the relationship of African-American Charles (Shadner Ifrene) and his white, Jewish wife Amanda (Ashley Bloom), who have been colliding with different life perspectives since their relationship began, and are now about to break up. With the performances reportedly guided by two different directors (Saquan Jones directed Shadner Ifrene; Erin Ryan directed Ashley Bloom).

Though the conversations within the movie can be too pointed (a clunky dinner scene that debates whether the Holocaust was worse than slavery), it’s the vigilance the movie has about tackling appropriation that will last long after the film is seen. (A simple, striking example is when Amanda double checks with Charles if she can call him “bae.”) It’s a movie that wants to engage what it means when something—a phrase, or even the spices of a Thanksgiving turkey— is considered “a black thing,” and to what extent someone can truly understand another's race. To what extent are certain experiences exclusive, even with the goal of equality? “Love Isn’t Enough” is an especially great pick for a festival that is both about wrapping one's head around specific racial experiences but engaging those truths with everyone. [“Love Isn’t Enough” screens Tuesday, August 16 at 6:15pm and Wednesday, August 17 at 8:15pm. Co-director Saquan Jones & Erin Ryan, actors Shadner Ifrene & Ashley Bloom and Rocky Collins and camera operator Ryan Schwerzler will be in attendance. Click here for more information.] 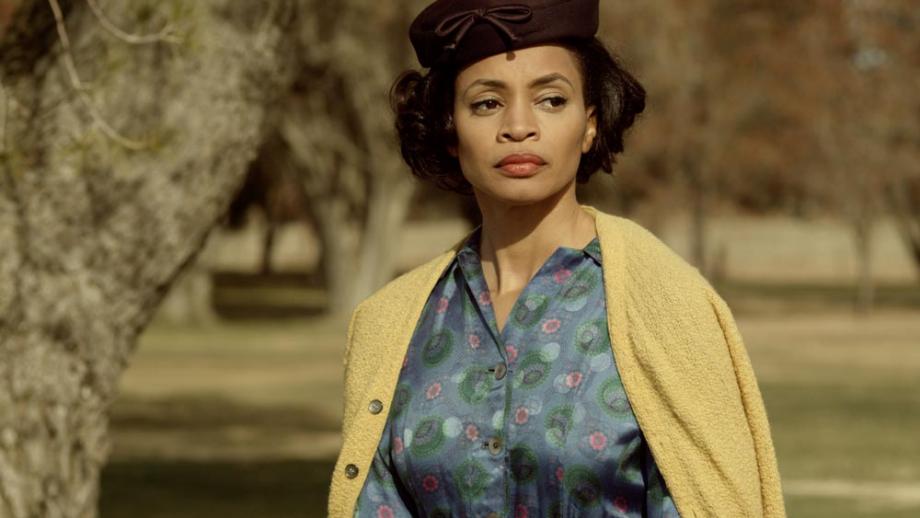 A great way to get multiple perspectives on similar themes is to check out the festival's many shorts programs. Organized in categories like "Made in Chicago," "We Are Family," "Love African American Style" and "Women of Color," the shorts programs are microcosms of ideas that run through the fest. A couple of highlights include “Break,” a constantly surprising and perfectly restrained short about a young interracial couple's secret (playing as part of “Love African American Style”); “Second Words,” a drama about an shattered family featuring a delicate performance from John Beasley (as part of "We Are Family"); Kevin Maxwell's "Cora" (pictured above) pays emotional tribute to one woman's defiance against abuse from society and her marriage (featured in "Women of Color.") 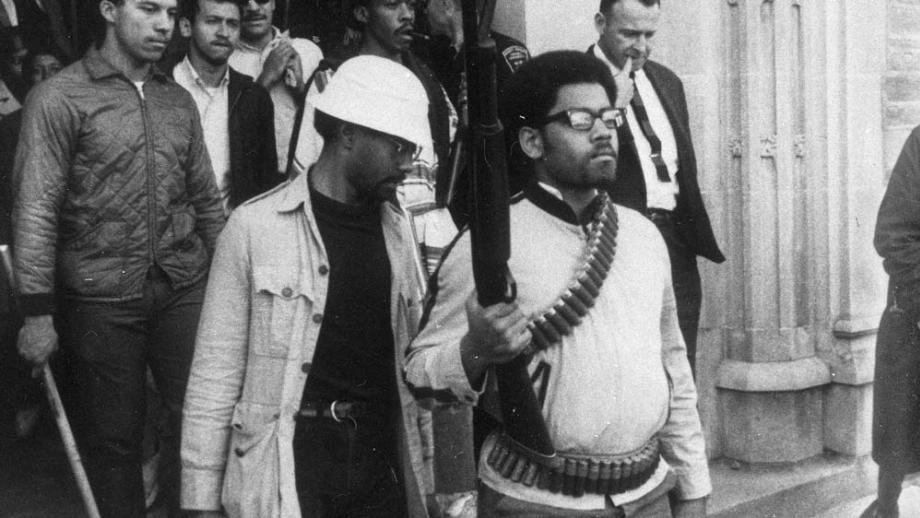 The festival will close with a presentation of the documentary “Agents of Change: Black Students and the Transformation of the American University.” Co-directed by Frank Dawson and Abby Ginzberg, it’s both a historical film and an immediate urge for the latest generation to celebrate activism, by following the example of those decades ago who helped bring ethnic studies to their predominantly white college campuses. With a toe-tapping narrative rhythm, the film explores student revolts in the 1960s at San Francisco State and Cornell. Talking heads (including actor Danny Glover, a student leader at SF State) share their memories of leading demonstrations that gained national attention and their sense of racial identity during this time, while a plethora of archival footage completes the film’s rich experience.

“Agents of Change” is bookended by modern protest footage, and the story of these students standing up to systemic racism and militant policing proves immediately familiar. Even the stunning, Pulitzer Prize-winning photo from the Cornell demonstrations (above), feels contextualized by recent images—of Ieshia Evans peacefully standing up to riot gear cops in Baton Rouge, or DeRay Mckesson staring right back at us as he’s being arrested, while wearing a shirt that says “#StayWoke.” Dawson & Ginzberg’s film is a potent refresher on activism, with flesh-and-blood examples of the change that can be achieved by getting involved. ["Agents of Change: Black Students and the Transformation of the American University" screens Thursday, September 1. Co-directors Frank Dawson & Abby Ginzberg will be in attendance. Click here for more information.] 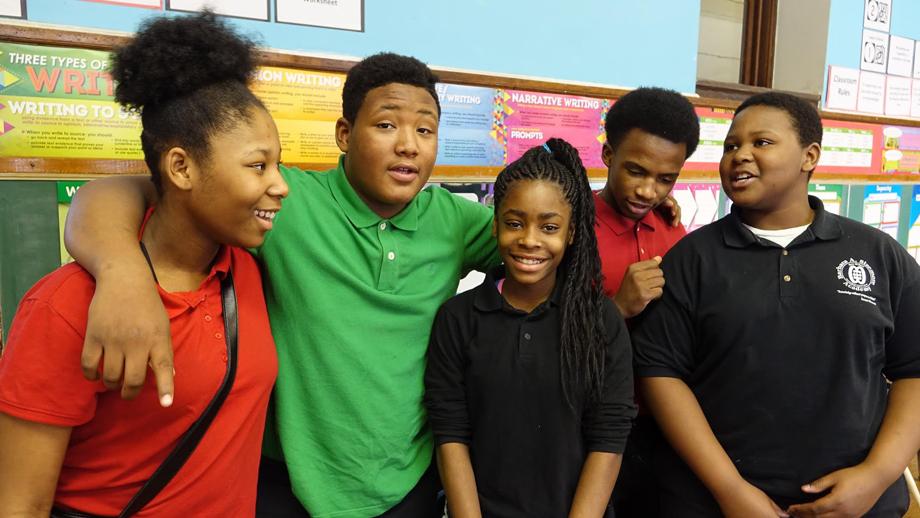 There’s much more playing the month-long festival that we didn’t get to cover in more detail here. The theme of education’s importance is observed in David Steiner’s “Saving Barbara Sizemore" (pictured above) about an Englewood charter school on the chopping block a la “Gordon Parks Elementary.” (“Saving Barbara Sizemore” screens Sunday, August 28 at 3:00pm and Wednesday, August 31 at 6:00pm). Marc Levin’s doc about gentrification in Manhattan, “Class Divide,” plays Tuesday, August 23 at 6:00pm—our own Godfrey Cheshire gave the film three-and-a-half stars. And of course, along with other new narrative and documentary films getting the spotlight, some retrospectives are in the programming as well—Charles Burnett’s 1990 classic “To Sleep with Anger” screens Sunday, August 28 at 5:30pm and Monday, August 29 at 6:00pm.