"Martin Stirling on 'Most Shocking Second a Day Video'": At Indie Outlook, I chat with the British filmmaker about his incredible short film, created as an ad for the Save the Children Fund.

“[Indie Outlook:] How fleshed-out was each individual moment, and was it only through the process of editing that you decided on which fragment of each scene to use? [Stirling:] ‘As a director I know exactly what I’m looking for and how to create the conditions to achieve that. For some scenes, we rolled for 5 seconds if it involved a simple action or line, but for more emotionally demanding or complex scenes, we rolled for a minute or two purely for the performer to get into the right zone—but I knew exactly which one-second moment we were going to cut with. The edit was one of the quickest I’ve ever done and we only did one cut. It was so tightly boarded and designed there, it was all very straight-forward.’ [Indie Outlook:] Were there particular details that you felt were crucial to the film’s overall impact? I was struck by the subtle use of dialogue in foreshadowing impending disaster. [Stirling:] ‘I love the incidental elements that sneak in the background but I found those that were sequential a little on the nose. The TV and radio broadcasts are more disturbing in my opinion because we’re so used to that language and delivery when we’re talking about a conflict somewhere else…when it’s brought home, it’s much more unsettling. In all honesty, I think the impact is a combination of things. The ‘one second’ technique in this context is utterly overwhelming. It’s like a runaway train that you can’t alight. It puts you in the little girl’s shoes where all these things are going on around you but you’re struggling to take everything in or understand what’s going on before it’s too late. The technique is disorientating and mirrors the psychological displacement one feels in a war.’” 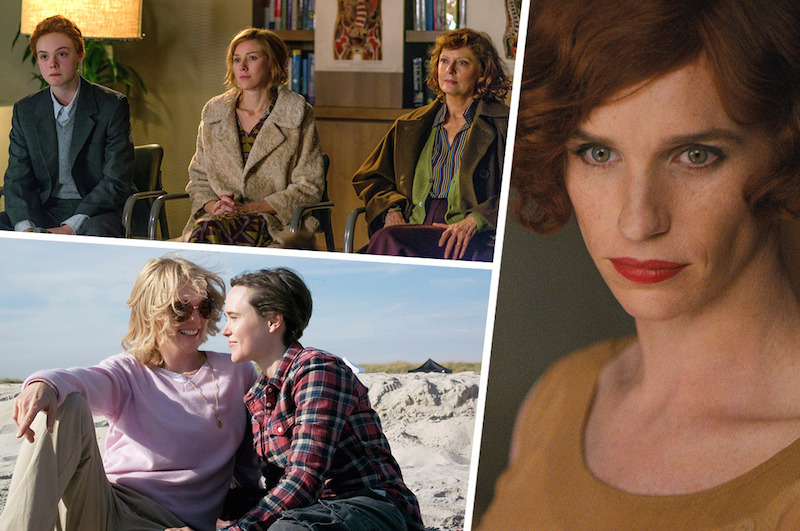 "Enough With the Queer and Trans Films That Are Actually About Straight People": An impassioned piece from Vulture's Kyle Buchanan.

“Earlier this week at the Toronto Film Festival, a few of my colleagues and I were puzzling over one of the fest’s most surprising flops, ‘Freeheld.’ ‘What the hell happened with that movie?’ I asked, as everyone just shook their heads ruefully. On paper, ‘Freeheld’ seemed to have everything going for it: It’s based on an Oscar-winning short documentary about cancer-stricken police officer Laurel Hester (played here by Julianne Moore), who fought political red tape when a New Jersey board of freeholders refused to grant pension benefits to her domestic partner, Stacie Andree (Ellen Page). Alas, the actresses fail to strike up any sparks with each other; the dialogue and direction are flat; and the less said about Steve Carell, who arrives at the halfway point as a flamboyant gay activist, the better. ‘But at least Michael Shannon was good!’ someone said, and we all nodded. As Dane Wells, the straight-but-not-narrow cop who partners with Hester and eventually becomes her greatest ally, Shannon gives the film’s lone terrific performance. In fact, by the end of ‘Freeheld,’ Moore and Page have practically been relegated to background players so that the formerly reticent Shannon can rally the troops and deliver a final knockout monologue. ‘It’s really his story,’ said one of my colleagues, and when I heard that too-familiar line, I sighed. This year’s Toronto Film Festival lineup is full of movies that feature queer and trans characters, but why does it seem like deep down, these films are still about straight people?” 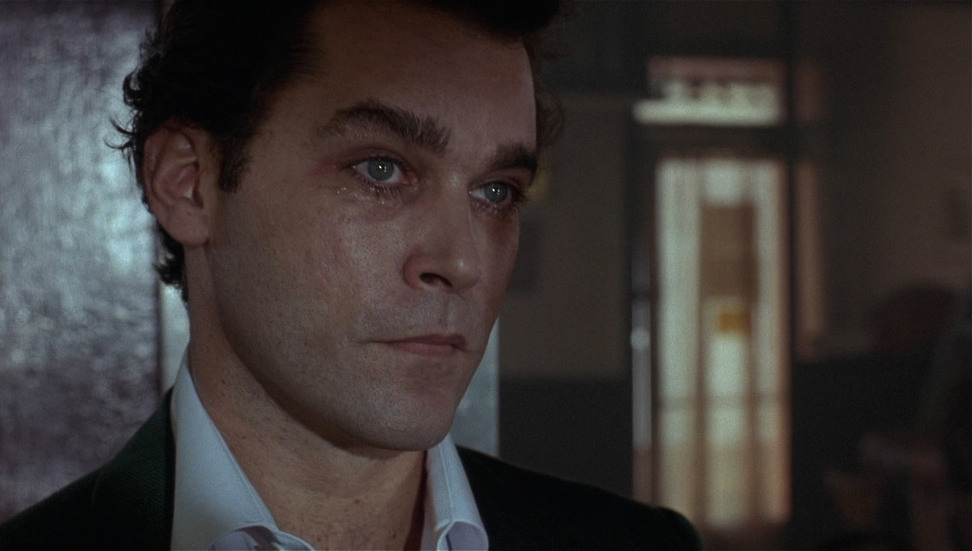 “Of all genres, it is the gangster drama that most often attracts hero-worship of this troublingly hardline variety. Moviegoers have revered the gangster archetype since the dawn of Hollywood: these were the days when a pug-faced character actor like Edward G. Robinson could be a legitimate leading man so long as the role was a snarling heavy and Bogart was still playing the B-movie hood, an unsavory image he never entirely shed and which was indelibly emulated and further solidified by Jean-Paul Belmondo in ‘Breathless.’ Viewers, mainly but not solely male, cling to these types as movie-certified masculine ideals, building a bridge that connects Bogie, Cagney, and Robinson to ‘Scarface,’ ‘The Untouchables,’ and the lad-land crime comedies of Guy Ritchie’s early oeuvre, not to mention the holy troika of Coppola's Godfathers.’ But of all these films—many great, other less so—it’s ‘Goodfellas,’ Martin Scorsese’s majestic mob masterpiece about real-life hood turned Witness Protected informant Henry Hill, that has gained the most unsettlingly off-base appreciation from some of its most avid loyalists, the type who know every named mobster’s nickname and can recite them in the order they’re introduced.” 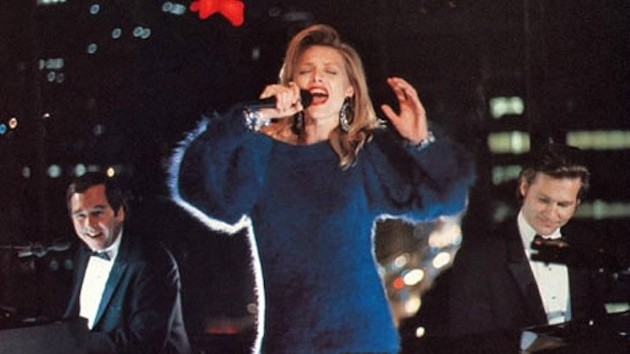 "'I'm Not Qualified For Anything Else': Writer/Director Steve Kloves on 'The Fabulous Baker Boys' and 'Flesh and Bone'": In conversation with Jim Hemphill of Filmmaker Magazine.

“Filmmaker: One of the things I found really striking about your first three films – I’m including ‘Racing With the Moon’ here – is that they all felt so specific and detailed that I assumed they were drawn from personal experience, yet they were all so different I realized that probably wasn’t the case. Where did you come up with the original idea for ‘The Fabulous Baker Boys’? Kloves: ‘For me everything starts with character. You’re not old enough to remember this, but when I grew up in the 1960s there was this act Ferrante & Teicher. They were two guys who played piano and they would appear on things like ‘The Ed Sullivan Show,’ and even when I was five or six years old I thought it was kind of a hysterical act. The idea just kind of nested in my head, and then years later I was at Disneyland at some kind of ‘roaring 20s’ malt shop where there was a guy playing the piano – and he was really good. I started thinking about him, because I’ve always been interested in what you might call blue-collar entertainment – people who work in the arts in a kind of working class way. Another thing to remember is that in the 1960s everybody gave their children piano lessons, thinking it would give them culture – not that they would end up playing at Disneyland or a Holiday Inn. So those ideas came together in my head with the idea of telling a story about brothers; a lot of my stuff has to do with dysfunction in families, and I just thought this idea of brothers with a dying piano act would make a great movie. The handful of people I talked to about it at the time thought it was a completely bizarre, terrible idea for a movie, but it really took hold of me and I spent six months just writing notes about the characters and their relationship before I crafted it into a narrative.’”

“The problem is not that sex in cinema lies squarely in the realm of fantasy. Maybe that’s as it should be, and the world of fantasy on film is a key reason that the medium seduces all of us: cinema is something that keeps our inner worlds replenished. The problem is that much cinema lazily recycles one, repeating fantasy, limiting and ill-fitting of the multitude of sexual experiences that we’ve all had. We’re not seeing fantasy, we’re seeing cliché. The adjectives people use to describe Audrey from ‘Twin Peaks,’ one of the most prototypical and sexy Lynch women, best exemplifies the weird clichés we attach to women on screen: nymphette,  temptress, vixen. Audrey’s sexiness is so dream-strange, so internalized, so disinterested in others’ approval and so not about conforming to a stock-standard ‘SEXY!’ female image – think of her dancing, alone, on tiles of the Double R Diner – it’s as if people just couldn’t get a handle on it. Lynch’s great skill has always been to imbue the fantastically banal with the fantastical taboo, to paint the home as a hostile place – indeed, that’s how David Foster Wallace so astutely explained the very term ‘Lynchian’. Lynch himself has said that ‘the house is a place where things can go wrong.’ This is our first clue about what Lynch’s films say about sex. Because they’re art-films so uniquely of their own genus, it’s easy to forget that they’re also mostly crime films. And in them, sex is almost always central to the crimes committed and the things going wrong. Lynch’s most stereotypically sexy film, ‘Wild at Heart,’ is also his most stereotypical crime genre film. At this basic level of genre, Lynch entrenches his antithetical stance between sex and love.” 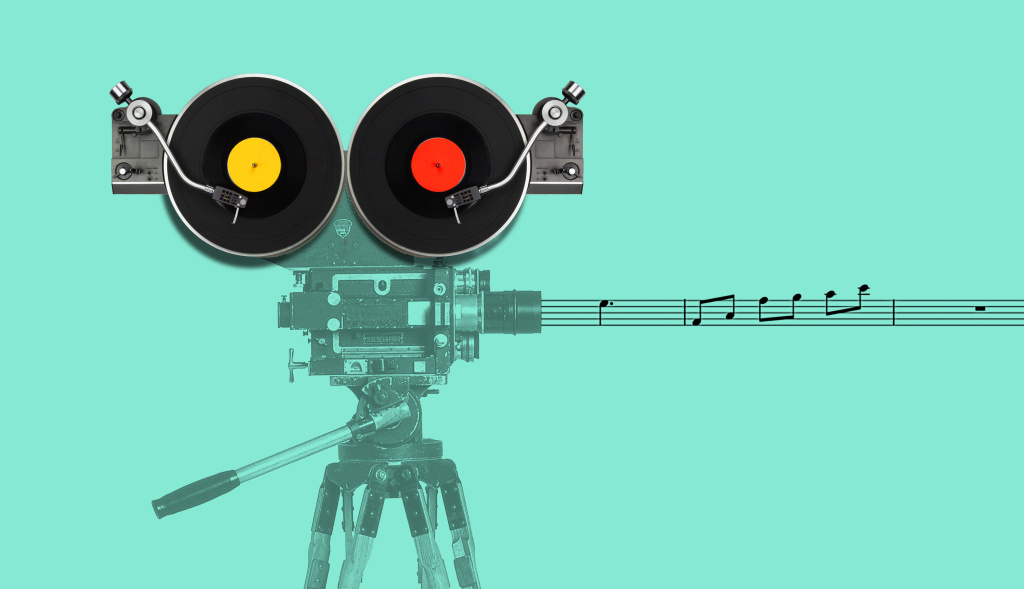 BLACK MASS-feratu: A Symphony of Gangster Horror from Nelson Carvajal on Vimeo.