"Non-stop action: why Hollywood's aging heroes won't give up the gun": An excellent, sprawling essay from The Guardian's Adam Mars-Jones.

“There are still disciples following that path up the mountain to the sunny uplands of longevity – perhaps we should think of this as Mount Rushmore being reconfigured to include a huge stone likeness of [Cary] Grant himself, like the ones he scrambled over so urbanely in ‘North By Northwest.’ Over there, do you see? There are George Clooney and Hugh Grant (both 54) in their hiking shorts, clambering for dear life as the career shadows fall, and a little further down is Colin Firth (also 54), trying to make sense of the map. Richard Gere (65) is sitting cross-legged on a boulder and seems to be meditating, though he may just be taking a nap. Suddenly they all freeze (though with Gere it is hard to tell). What’s that sound? Gunfire. But it seems to be coming from further up the mountain, where the old-timers are plainly not putting their feet up. There is now apparently no age limit to an action career in Hollywood. The expendables are no longer unemployables, and actors in their 60s and even 70s are high-kicking in can-can routines of choreographed violence. After making a third ‘Indiana Jones’ sequel in his mid-60s, Harrison Ford was over 70 when he joined the grizzled crew of ‘The Expendables 3’ (with Sylvester Stallone weighing in at 68 and Arnold Schwarzenegger at 67), in which the mercenary group does battle with its founder, now resolved to destroy them. In ‘Indiana Jones and the Kingdom of the Crystal Skull,’ the camera keeps its distance from Ford’s stunt doubles – the charisma of an ageing action star has more to fear from obvious fakery in fights than from facial close-ups, since not much more is required of him than rugged scowls and glares of baleful defiance. Ford’s return as Han Solo in a forthcoming instalment of ‘Star Wars’ after a third of a century is a melancholy prospect, like someone dressing up in late life to match a graduation photograph.” 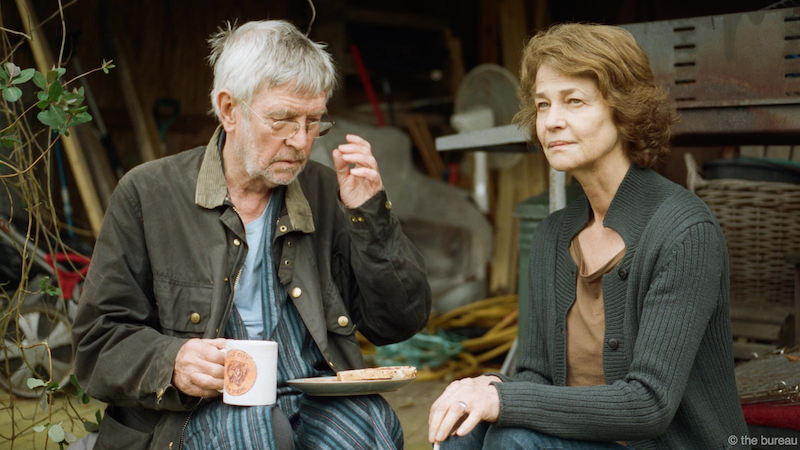 "Why are sex scenes for the over-60s such a taboo?": BBC's Emma Jones investigates.

“A married couple are in crisis when news of the husband’s ex-girlfriend surfaces unexpectedly. Trying to put the matter behind them, they drink wine and chat. When they go upstairs later, the husband suggests making love, which they haven’t done in a while. Sex follows. The scenario is from director Andrew Haigh’s new film ‘45 Years,’ whose stars won the Silver Bear acting prizes at this year’s Berlin Film Festival. What makes this sex scene unusual is that the couple, played by Charlotte Rampling and Tom Courtenay, are in their late sixties and early seventies. This scene ‘is absolutely pivotal to the film,’ says Andrew Haigh. ‘But it’s been funny watching it in awkward silence at screenings because audiences do think that when Charlotte’s character Kate shuts the bedroom door, that that is the end of it. But no, we carry on. The concept that as we grow older we no longer have sexual feelings is to me, a man of 42 years old, a sad state of affairs.’ The scene is what makes ‘45 Years’ an anomaly, because when it comes to the bedroom habits of people of pensionable age, film-makers have tended to keep the door shut. Until a few years ago, mainstream films featuring elderly people having relationships at all were rare – then came Michel Haneke’s Oscar and Palme d’Or winner ‘Amour’ in 2012. At the same time there were crowd-pleasers like ‘The Best Exotic Marigold Hotel’ and ‘Quartet.’ However, though love might blossom among septuagenarians, the cameras never intruded on any consummation – the message seeming to be that none was possible.” 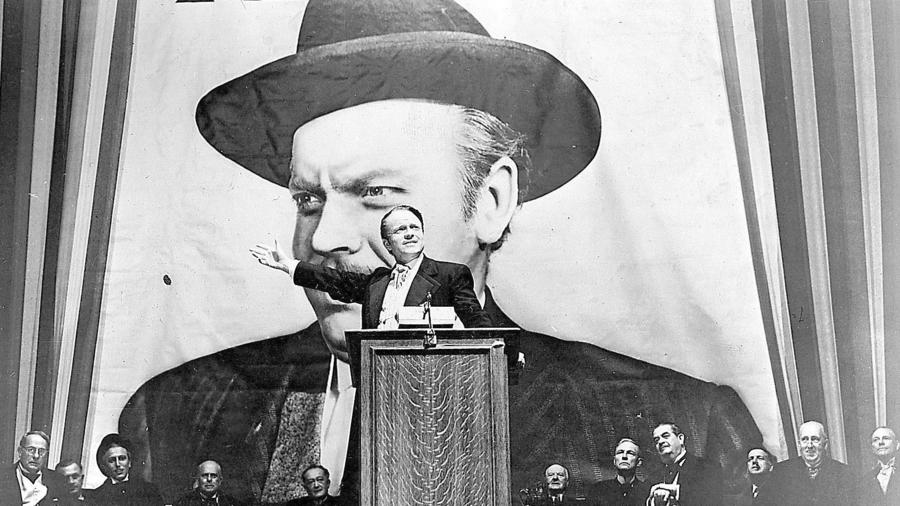 “Years ago in an interview with filmmaker Errol Morris, for a documentary project that never reached completion, Trump spoke of his love for the film ‘Citizen Kane,’ the story of a famous and influential man who liked, as Kane himself put it, ‘to buy things.’ At one point the newspaper magnate played by Orson Welles appears to have the New York State governorship locked up. ‘Until a few weeks ago,’ Kane thunders, ‘I had no hope of being elected. Now, however, I have something more than a hope … Every straw vote, every independent poll shows that I will be elected.’ But Kane's gubernatorial and White House ambitions are derailed by infidelity, and by bullying his political rival, ‘Boss’ Jim Gettys. On camera, in the Morris interview, Trump turns uncharacteristically solemn talking about Kane's downfall. ‘It's not necessarily all positive,’ he says of Kane's soullessly acquisitive life. Wealth, he acknowledges, ‘does in fact isolate you from other people.’ Then Morris asks Trump: What would you advise Kane if Kane were a real person? ‘Get yourself a different woman,’ Trump replies, going for the gag, and reducing a great film's ambiguities to a story of a high flier laid low by the wrong dame. There's another bit of dialogue from ‘Citizen Kane’ I keep thinking about this summer of Trump. ‘I don't suppose anybody ever had so many opinions,’ reflects Kane's old friend, Jed Leland, played by Joseph Cotten. ‘But he never believed in anything except Charlie Kane.’” 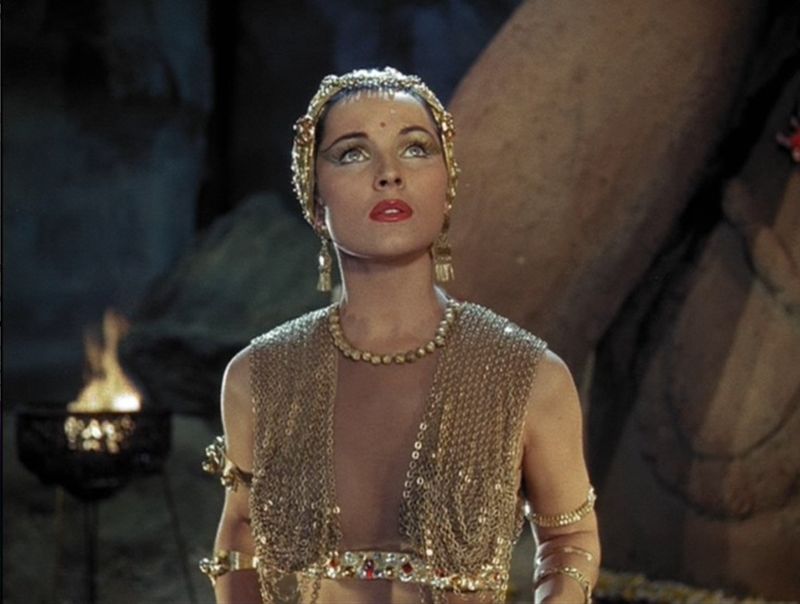 "Fritz Lang and Pierre Menard": At his blog, Some Came Running, our Glenn Kenny offers reflections on the last films of Fritz Lang.

“At the end of the 1950s Lang's Hollywood career was winding down as his eyesight degenerated. His final American-produced film was the severely pessimistic 1957 ‘Beyond A Reasonable Doubt, ‘its death-penalty centered plot making it, among other things, a mordant answer-film/companion piece to Lang's U.S. debut, the galvanic ‘Fury,’ an anti-lynch mob parable. Both ‘Doubt’ and Lang's prior ‘While The City Sleeps’ took film noir fatalism into the realm of the police procedural and depicted modes of modern life corrupted in ways that Lang's romantic ‘Metropolis’ had never foreseen. According to Kalat, when German producer Artur Brauner offered Lang a deal to remake the May film, he had no idea that Lang had been so intimately involved in the original: ‘Ironically, Brauner did not recognize what it meant to Lang: Brauner was unaware that Lang had been involved with the original and was ignorant of the entire story of Lang’s history with Joe May. As far as Brauner was concerned, he was simply pairing a remake of a golden oldie with one of the leading lights of the old school.’ To Peter Bogdanovich, discussing the remake in 1965, Lang said simply ‘You should make a picture you started.’ He elaborated, reflecting that doing this at the end of his career was ‘like a circle that was beginning to close—a kind of fate.’ I don't know that Lang read Borges, or even that he saw ‘Performance’ for that matter; I cannot extrapolate from Lang's admiration of certain Jess Franco films the extent to which Lang had any kind of great enthusiasms for meta-narratives. What is certain is that the tropes which support the entire scenario of what I'll now refer to as a whole as ‘The Indian Tomb’ had undergone a cataclysmic contextual shift between 1921 and 1959, and Lang's choice to ignore that shift in a sense represents a sort of triumph of Menardian thinking. Remember the way, in his story, Borges marvels at the two different representations of the notion of history being the mother of truth. In Cervantes, writes Borges, the phrase is ‘mere rhetorical praise of history.’ In Menard, ‘the idea is staggering.’ So in ‘Tomb,’ observations concerning ‘Western’ ideas, and dialogue like ‘I’m a European; we count in hours’ carries a charge that simply could not have been present in the original version.” 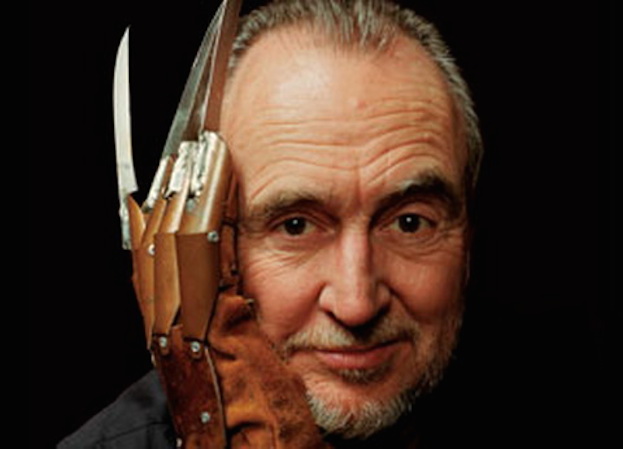 “Craven re-invented the youth horror genre in 1984 with the classic ‘A Nightmare on Elm Street,’ which he wrote and directed. He conceived and co-wrote ‘Elm Street III’ as well, and then after not being involved with other sequels, deconstructed the genre a decade after the original, writing and directing ‘Wes Craven’s New Nightmare,’ which was nominated for best feature at the 1995 Spirit Awards. His own ‘Nightmare’ players, Robert Englund, Heather Langenkamp and John Saxon, portrayed themselves in that film. In 1996, Craven reached a new level of success with the release of ‘Scream.’ The film grossed more than $100 million domestically, as did ‘Scream 2’ (1997). Between ‘Scream 2’ and ‘Scream 3,’ Craven, offered the opportunity to direct a non-genre film for Miramax, helmed ‘Music of the Heart’ (1999), earning Meryl Streep an Academy Award nomination for best actress in the inspirational drama about a teacher in Harlem. ‘We had a very difficult time getting an audience into a theater on my name,’ he said in an interview with writer-director Mick Garris in October. ‘In fact, we moved toward downplaying my name a lot on ‘Music of the Heart.’ The more famous you are for making kinds of outrageous scary films, the crossover audience will say, ‘I don't think so.’’” 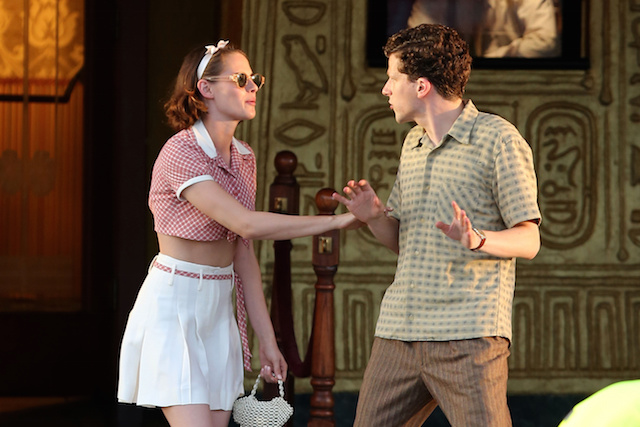 LAist spots Kristen Stewart and Jesse Eisenberg on the set of Woody Allen's new movie, which hopefully will be more in the vein of "Adventureland" than "American Ultra."

Reggie Ponder, a.k.a. The Reel Critic, interviews Sanaa Lathan about her new film, "The Perfect Guy."