"Eat 'em up: The case against innocent bystanders (in movies)": A great piece from Entertainment Weekly's Anthony Breznican.

“I don’t always advocate for the eating of human beings, but in popcorn monster movies, I can’t help myself. I root hard against the innocent bystanders. We’ve started going way too easy on them. This is probably so we can go easy on ourselves. It’s hard to watch people who’ve done nothing to deserve it get stomped, chewed, or vaporized, even when we know it’s not real, and even when we don’t actually know who the hell they are. We project ourselves onto these backdrop figures, and their suffering becomes our suffering. But that empathy is the bystander’s value as a storytelling device. Just like we cheer when a despicable character gets his or her comeuppance, we should recoil at the harsh fate of someone who was merely in the wrong bus when ‘Godzilla’ decided to go for a stroll. It makes us feel something – about the monster, about the mission of the heroes, and, however briefly, about the stranger we see in those final moments of life.” 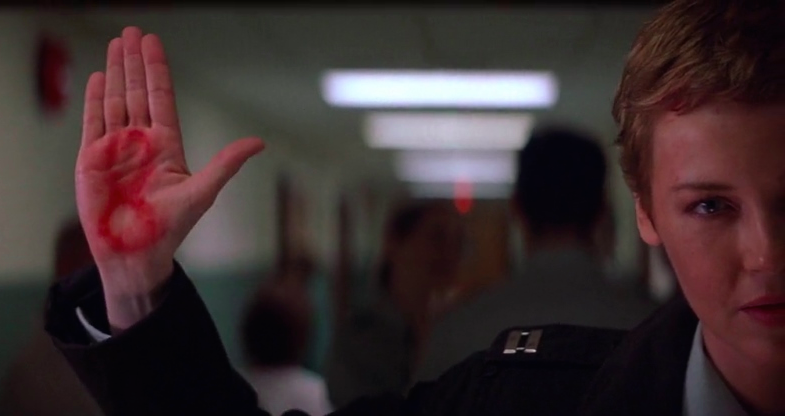 "Back to 'Basic'": A marvelous essay on John McTiernan's last movie, written by Sara Freeman at MUBI.

“My favorite McTiernan heroine is his last to date: Connie Nielsen's Captain Julia Osborne in the director’s last feature, 2003’s ‘Basic.’ Captain Osborne is the first of McTiernan’s women who could really be considered a bona fide hero. In that role, she is both emblematic of past McTiernan women (and some of his male sidekicks) and some of the director’s most famous protagonists, including John McClane (Bruce Willis) in ‘Die Hard,’ ‘Eben’ (Antonio Banderas) in ‘The 13th Warrior’ and Dutch (Arnold Schwarzenegger) in ‘Predator.’ As a captain in the military, she thrives in masculine settings and situations and excels in putting her narrative puzzle pieces together, which is a trait required of every McTiernan protagonist. In the film, McTiernan's most visually and narratively complex, Osborne's role as guide to the audience is paramount. She is constantly trying to keep up with and hold her own against disgraced DEA agent Hardy, played with typical boyish charm by John Travolta. As the saying goes, there's more to him than meets the eye. She weaves along through his mischievous investigative tactics – a task that becomes more difficult as they move deeper into the incredibly dense plot. Samuel L. Jackson plays Sgt. West, a cruel bastard who is in charge of training Army Rangers. When West and four other soldiers turn up dead after a routine training exercise in Panama—on Day of the Dead, no less—Osborne and Hardy are sent in to not only interrogate the two surviving witnesses of the incident, but also stitch a story and chain of events together.” 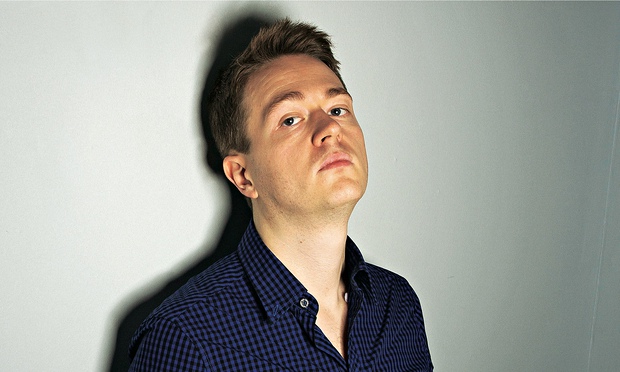 "The Likely Cause of Addiction Has Been Discovered, and It's Not What You Think": A superb piece from author Johann Hari at The Huffington Post.

“If you still believe -- as I used to -- that addiction is caused by chemical hooks, this makes no sense. But if you believe Bruce Alexander's theory, the picture falls into place. The street-addict is like the rats in the first cage, isolated, alone, with only one source of solace to turn to. The medical patient is like the rats in the second cage. She is going home to a life where she is surrounded by the people she loves. The drug is the same, but the environment is different. This gives us an insight that goes much deeper than the need to understand addicts. Professor Peter Cohen argues that human beings have a deep need to bond and form connections. It's how we get our satisfaction. If we can't connect with each other, we will connect with anything we can find -- the whirr of a roulette wheel or the prick of a syringe. He says we should stop talking about 'addiction' altogether, and instead call it 'bonding.' A heroin addict has bonded with heroin because she couldn't bond as fully with anything else. So the opposite of addiction is not sobriety. It is human connection. When I learned all this, I found it slowly persuading me, but I still couldn't shake off a nagging doubt. Are these scientists saying chemical hooks make no difference? It was explained to me -- you can become addicted to gambling, and nobody thinks you inject a pack of cards into your veins. You can have all the addiction, and none of the chemical hooks. I went to a Gamblers' Anonymous meeting in Las Vegas (with the permission of everyone present, who knew I was there to observe) and they were as plainly addicted as the cocaine and heroin addicts I have known in my life. Yet there are no chemical hooks on a craps table.” 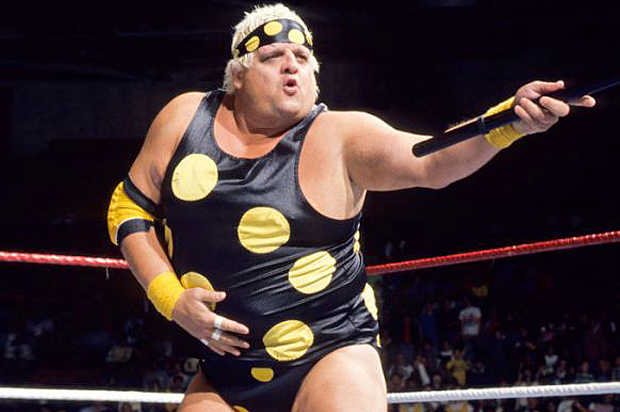 "The power and the glory of Dusty Rhodes: The 'American Dream' who transcended pro-wrestling's racial divide": A personal remembrance penned by Salon's Chauncey Devega.

“My friends and I loved Hulkamania. However, on a basic level, we knew that most of it was playacting. But wrestling was more than just the WWF. There was another wrestling promotion as well, this one down south, which featured a tough white guy ‘who talked black.’ This was Dusty Rhodes. Dusty had an atypical physique for a wrestler, more flab than muscle, but there was something compelling and even magnetic about him — how he would fight, striking down foes with his patented move, ‘the bionic elbow’; how he would speak, delivering monologues like a southern preacher; how he would bleed, suffering horrific in-ring injuries and yet somehow persevering regardless. (‘Blade jobs,’ the old-school wrestling practice wherein wrestlers would slice themselves with a concealed razor in order to induce bleeding — for dramatic effect, of course — were among Dusty’s trademarks. By the end of his career, his forehead was a veritable roadmap of scars.) We could watch Dusty late at night on TV, see him bleeding on the cover of wrestling magazines, and eventually even watch on ESPN and TBS. Even as I was beginning to figure out that professional wrestling may in fact be rigged, Dusty seemed to defy all of that. Everything about him screamed real.” 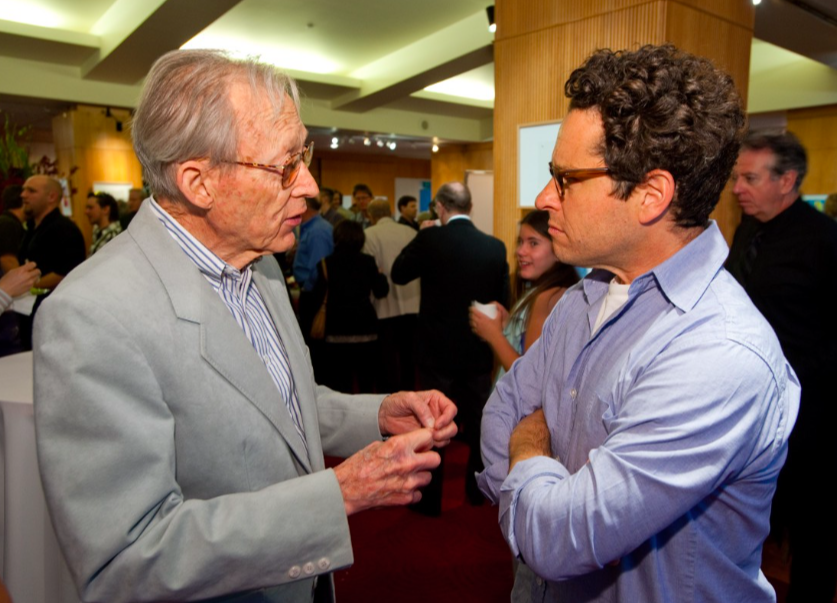 "He was the Beatles to me": Medium publishes J.J. Abrams' tribute to makeup genius Dick Smith.

“One night later that year, I was in New York visiting my grandparents at the airport, waiting at the luggage carousel when I spotted a man waiting for his bags. I had seen pictures of Dick Smith before, and holy shit, that looked like Dick Smith. But how could I be sure? Ah, ha. I remembered Mr. Smith has four fingers on his left hand. It was like a Ludlum novel. I slowly walked around the carousel trying to get a glimpse of his left hand. And there I saw it. I was never happier to see a missing digit in my life. I was in a room with my hero. I approached him and introduced myself. He was, if this is possible, even kinder in person. He gave me a pre-release issue of Cinefantastique magazine. Dick Smith was on the cover. They were featuring his work on ‘Altered States.’ He signed the magazine and encouraged me to stay creative, keep making movies, and continue (if I wanted to) to keep writing to him. My correspondence with Dick Smith went on for years.” 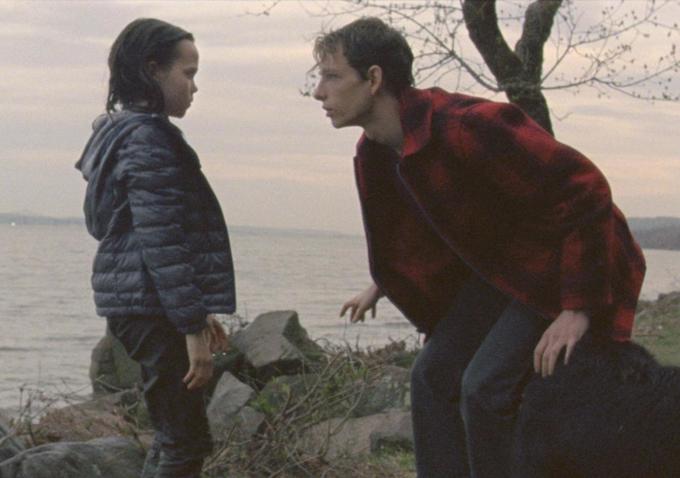 The Indiewire trio of Emily Buder, Eric Kohn and Zack Sharf list 15 must-see films at BAMcinemaFest 2015, including Patrick Wang's "The Grief of Others."

David Fincher – Touch of Spielberg from Michael Bryant on Vimeo.