"The tragic romance that shaped Meryl Streep's life": A touching piece from Maureen Callahan of the New York Post.

“In 1978, a young Meryl Streep was on the verge of becoming the greatest actress of her generation. She was also about to lose the love of her life. ‘She doesn’t talk about it much,’ says Michael Schulman, who explores this time in his new biography ‘Her Again.’ ‘But that year was so wildly eventful and dramatic in her life. It was instrumental in shaping who she was as a person and an actor.’ Streep was 29 years old, a gosling in the New York theater world. She was living in a loft on Franklin Street with her boyfriend, actor John Cazale. He was 14 years her senior and a legend among his peers. ‘I learned more about acting from John than anybody,’ Al Pacino has said. ‘All I wanted to do was work with John for the rest of my life. He was my acting partner.’ Streep and Cazale met in 1976, when they were cast opposite each other in ‘Measure for Measure’ in Central Park. By then, Cazale was not quite a star — he lacked that ephemeral quality — but he was regarded, in the industry, as a rare talent, in demand among the great directors of the era. He was Fredo in ‘The Godfather’ and ‘The Godfather Part II,’ and had lead roles in ‘The Conversation’ and ‘Dog Day Afternoon.’ Of the five movies he starred in, all would be nominated for Best Picture, and three would win. ‘One of the things I loved about the casting of John Cazale,’ said ‘Dog Day’ director Sidney Lumet, ‘was that he had a tremendous sadness about him. I don’t know where it came from; I don’t believe in invading the privacy of the actors I work with or getting into their heads. But my God, it’s there — every shot of him.’” 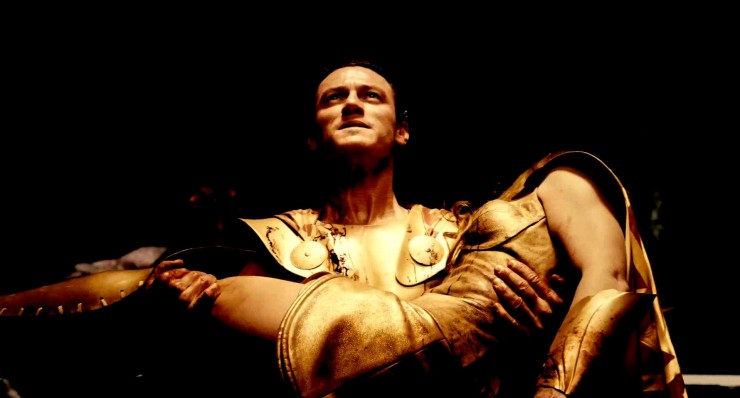 "Why the Algorithm That Promised to Save Hollywood Destroyed Relativity Media": According to No Film School's Jack Zhang.

“Monte Carlo does not build models. People build models. Statistical model-building is both a science and an art. The person who builds the model needs to design the underlying input variables the model is going to use—the relationships between these variables and the statistical distribution he/she is going to use for the model. Most of the time, making these choices means taking an educated guess: by observing real-world data, you try your best to match it. While Monte Carlo is useful for recognizing risks and variation involved in the already built model, it certainly cannot tell you which variables to put into the model and how to formulate the relationships—such as between actors, directors, and plot—in any given film. In the restaurant example, we already know that the underlying model is Profit = Revenue - Expense, with the randomness of the revenue and expense matching the randomness of the dice. However, for complex problems like movies, there are many more unknown variables. How do we formulize the revenue of a given film (Film’s Revenue = Actor, Plot, Production Budget, etc.)? Is it even possible? All of these are factors that can determine the performance of the final model, and many of these factors are assumptions. Without knowing all of the above information of Ryan Kavanaugh’s model (I don’t think he told anyone; these type of models are usually highly proprietary), it is very hard to say what he did wrong. Likely, he misused Monte Carlo without fully understanding the fundamental framework of statistical modeling.” 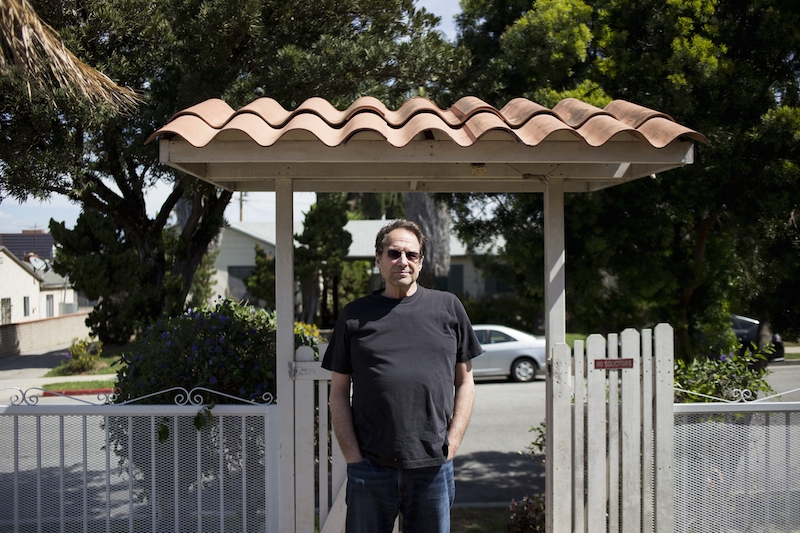 "Breaking free of his demons, David Milch stays in the Hollywood game": A terrific article by Tim O'Shei of The Buffalo News.

“The place has the feel of a startup production company, one started by a scrappy pair of young producers who scraped together some money, salvaged some furniture and masked their bare-bones operation with unbreakable self-belief. But it’s not. This is the headquarters of a 71-year-old Hollywood legend, a man who’s widely considered to be one of the most celebrated writers in television history, a man whose creativity danced with demons to bring him to this place. On the wall above the sofa are index cards with the names of characters from ‘Shadow Country,’ a novel Milch is adapting for HBO. Steps away, in the writing room, are stacks of treatments and scripts for a revival-to-be of ‘Deadwood,’ his acclaimed HBO series set in the lawless Wild West. There’s a painting, done by his wife, Rita Milch, with colorful splashes of greens and blues. It shows the Milches’ estate on Martha’s Vineyard, the place where they used to bring their three now-grown children. They don’t go there anymore. That place, along with their Southern California mansion, was put on the market. Today, the Milches live in a Santa Monica rental home. They’re in debt – $17 million of debt – according to media reports. But they don’t seem unhappy. They don’t seem defeated. ‘Today I’m blessed to be relieved of certain obsessions that have organized my behavior in the past,’ Milch said in his soft growl of a voice. ‘Is that adequately euphemistic?’ Milch is writing. He’s teaching. And the only bets he’s making are on his own creative muscles.” 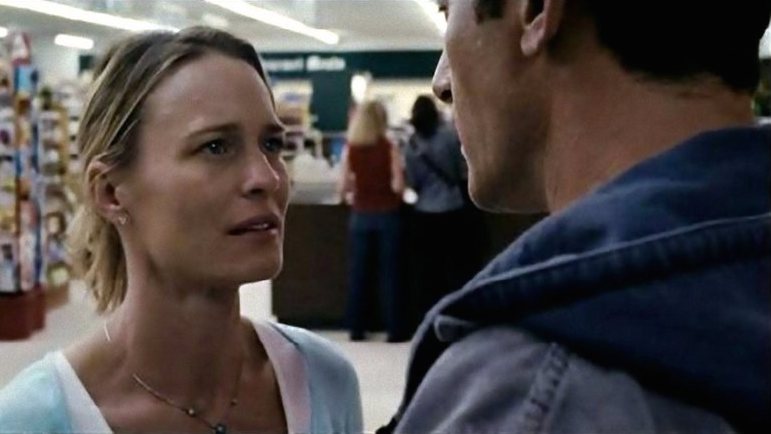 "I Don't Know If I'm Coming or Going: An Appreciation of 'Nine Lives'": At Indie Outlook, I discuss Rodrigo García's 2005 masterpiece.

“That sense of stasis is felt by all of the characters in ‘Nine Lives,’ who find themselves trapped in situations that have stagnated their growth. My favorite scene (and the one I paired with ‘Rope’) features Robin Wright as a pregnant wife who runs into her former flame (Jason Isaacs) at the supermarket. As they talk, they settle into the playful rhythms of their past courtship, strolling down aisles that were built for couples to walk down side by side. Yet the coziness turns claustrophobic as Wright awakens to reality, as if breaking out of a trance. When Isaacs asks Wright for her husband’s name, she resists, explaining, ‘If I say his name to you right now, I won’t know if I’m coming or going.’ One aspect of the film that becomes clearer upon repeat viewings is the way in which each woman’s story echoes throughout the surrounding vignettes. The first scene establishes the recurring theme of imprisonment by focusing on a mother (Elpidia Carrillo) in jail. Later on, we see a budding adult (Amanda Seyfried) who is encouraged by her parents to leave home and ‘spread her wings,’ despite the fact that her father (Ian McShane) suffers from a debilitating illness, and her mother (Sissy Spacek) is teetering on the brink of exhaustion. Faced with her childhood home haunted by memories of abuse, a tormented woman (LisaGay Hamilton) exclaims, ‘This place is a f—king graveyard,’ a line that eerily hints at the setting for the film’s final scene. The lyrics of a childhood song Hamilton recites with her sister, ‘We are made of dreams and bones,’ turn up again in the film’s warmest segment, as a patient (Kathy Baker) grows temperamental while preparing for her mastectomy. ‘I’m so angry with you,’ she rants at her husband (Joe Mantegna). ‘What did I do?’ he asks. ‘I don’t know, ever since I was diagnosed, I’ve hated your guts,’ she replies.” 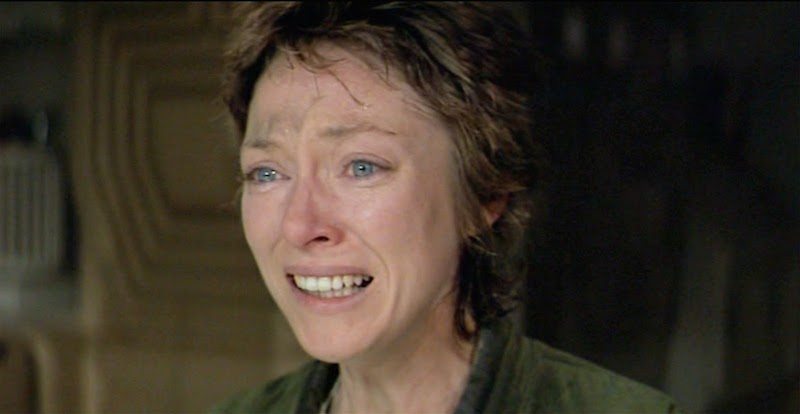 “Legend has it that neither Cartwright nor the other actors in ‘Alien’ had any idea of what exactly was going to erupt from John Hurt’s chest. Cartwright, however, said that the actors had read the script and knew that something was supposed to come out of there. Also, she and Sigourney Weaver had a scene where they were supposed to know what it looked like, but they had no clue what they were going to be talking about. As a result, they visited the studio where the infant alien was being built. ‘A few weeks earlier we had gone down and seen the little mockup of that little penis guy with the tail, but it wasn’t working at that point,’ Cartwright said of the alien. ‘It was sort of a gray thing and the artists were saying ‘oh his teeth will be like this and he breathes…’ It was just like a little puppet thing that came out.’ Then came the day when the ‘chestburster’ scene was shot, and Cartwright described it as though she had just filmed it yesterday. ‘We’re all upstairs in the dressing room and they take John (Hurt) down, and for four hours we never saw John. John was having his false chest made,’ Cartwright said. ‘When we were told that we could come down to the set, the entire set was dressed in plastic, everybody’s wearing raincoats, and there were big buckets of this awful stuff that smelled like formaldehyde. It stank and you gagged when you first went in there.’” 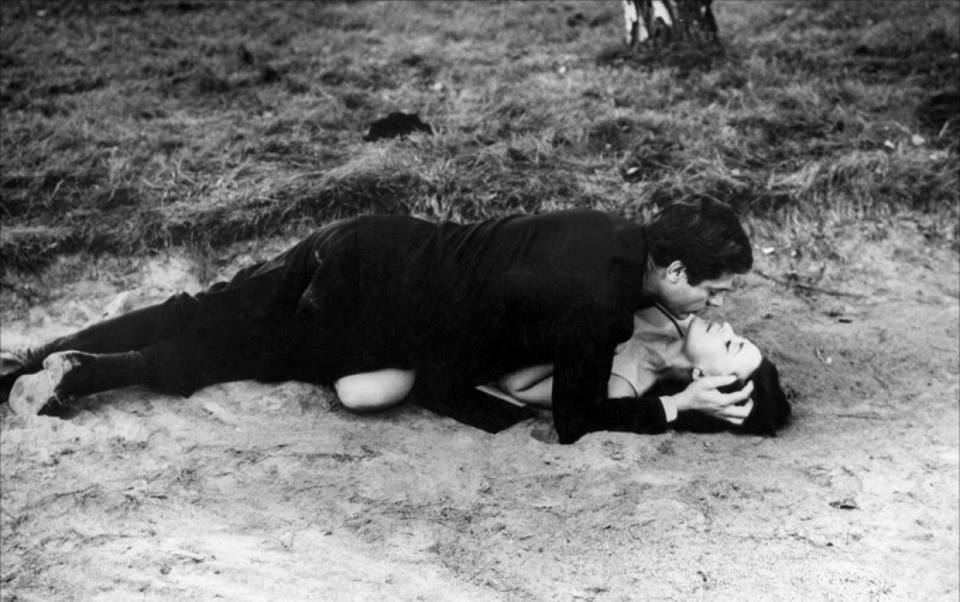 Doug Walker, a.k.a The Nostalgic Critic of ChannelAwesome.com, offers his thoughtful take on the divide between critics and audiences.