"A Woman Directed the Scariest Horror Movie of the Year, Maybe of the Decade": Laura Parker of New York Magazine interviews Jennifer Kent, director of the horror masterpiece, "The Babadook."

“I read you called up Lars von Trier, way before you had even written a film, and asked if you could come and watch him work. [Kent:] ‘It was around 2001, when he was doing ‘Dogville’ in Sweden. I just sent him an email — nothing business-y, just a very earnest note in which I confessed I'd rather stick pins in my eyes than go to film school and asked him if I could come and watch him work. He doesn't normally let people on set, but I got a reply from his assistant telling me that I could come for one day. But they were clear I couldn't just stand around doing nothing — I had to work. So I flew to Sweden and saw the producer, and I was allowed to stay on. I ended up doing a lot of s—t-kicking jobs in the directing department, but I didn't mind. I just wanted to watch a great director at work, to see how he does it. The biggest thing I learned from him was courage. He’s stubborn, and he does what he wants. I needed to see those things up close. And also to see that he was a human being, not some god. It was the best film school I could ever have.’” 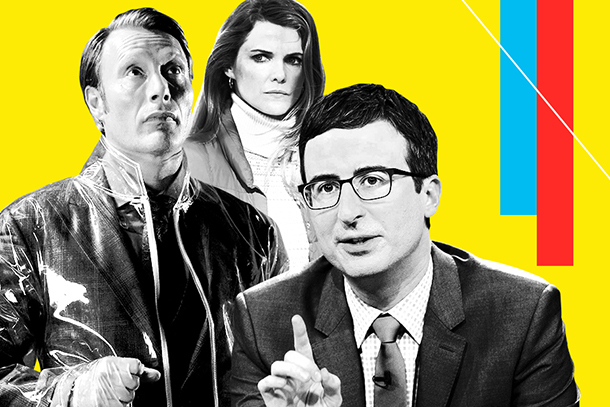 "Bryan Fuller’s TV adaptation of Thomas Harris’s fiction is a total vision — mournfully expressionist, shockingly violent, and strangely tender. Virtually alone among television dramas, network or cable, it demands that viewers make an imaginative leap and see its nightmarish action as both figurative and emotionally real. It’s also one of the scariest shows in TV history, delivering images every week so potent that they lodge in the viewer’s memory like rusty barbs. And yet for all of its ugliness and horror, it is an intensely pleasurable experience, appallingly sensual, laying out food, furniture, clothes, windows, doors, and landscapes with painterly exactness. The ensemble cast is one of the best on television, and one of the most heroic, considering the ludicrousness they are expected to put across: Mads Mikkelsen, Hugh Dancy, Laurence Fishburne, Caroline Dhavernas, and Gillian Anderson, and a regular stream of superb guest-actors counteract the extremity of Fuller’s images with understated, wryly funny performances. Two seasons in, it’s already a pantheon series." 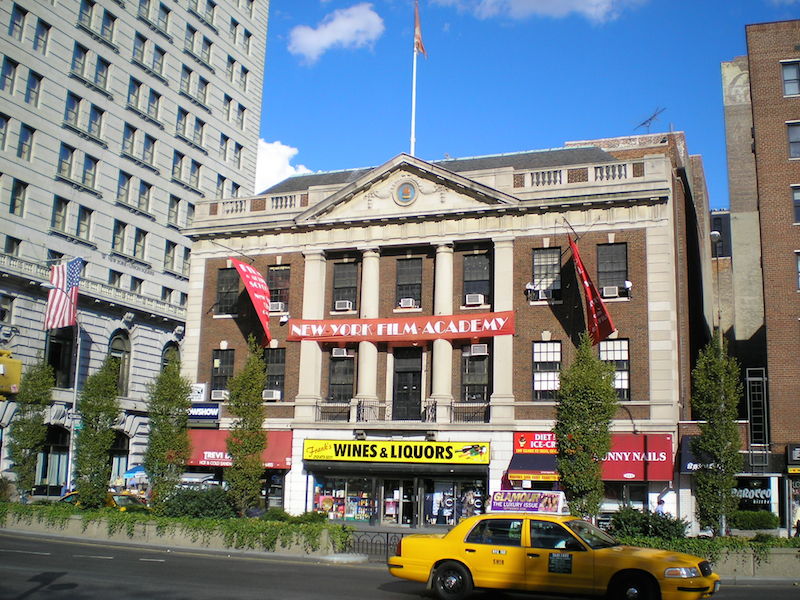 “The lawsuit was filed by Gonzalo Digenio, who says that he enrolled in the cinematography program in January 2011. He says that he was led to believe that NYFA was affiliated with Harvard University, associated with Universal Studios, and was the film and acting school of choice for such luminaries as Kevin Kline, Susan Sarandon, Peter Bogdanovich and James L. Brooks. Digenio now has has a different view of the school. The cinematographer says that in his first year, he learned that NYFA wasn't really associated with Universal and had no meaningful access to the studio's resources or equipment. He says that NYFA doesn't have an affiliation with Harvard either. (On the school’s website at the moment, all the way at the bottom, is a disclaimer.) As for the celebrity connections, NYFA advertises that Steven Spielberg, Martin Scorsese, Bruce Springsteen, Al Pacino, Robert Downey Jr., Jamie Foxx and Jodie Foster have sent family members to study at the school. That may or may not be technically true, but according to the lawsuit... ‘Mr. Digenio is informed, believes, and based thereon alleges that, as of 2013, the only connection Steven Spielberg or any other celebrity had to NYFA was that their children attended a NYFA summer camp.’” 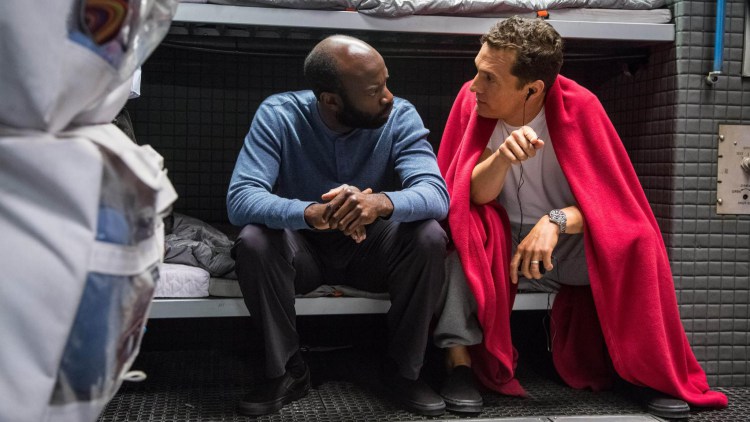 "Theories of Everything: Why 'Interstellar,' 'The Imitation Game' and the year's other science-driven movies can't stop explaining themselves": A great piece by Matt Patches of Grantland.

“If Crichton were with us today, he’d notice his influence pervading through Hollywood. 2014 is a year of science fiction and science fact. A modicum of truth is all it takes to separate “hard” sci-films and television from ‘Star Wars’–like fantasy. ‘Interstellar,’ ‘Lucy,’ ‘Dawn of the Planet of the Apes,’ and ‘Transcendence’ took a page from ‘Jurassic Park’’s book, rejiggering textbook explanations into the catalysts for large-scale adventure. The indie world found its own path with films like ‘The Signal,’ ‘I Origins,’ and ‘Young Ones.’ ‘Big Hero 6’ and ‘Mr. Peabody & Sherman’ prepared kids for 10 years of less-exciting physics lab homework. Even awardmongers experimented with sci-stories, turning historical figures into stars:’The Imitation Game’ features Benedict Cumberbatch as computer godfather Alan Turing, and ‘The Theory of Everything’ tracks the life of theoretical physicist Stephen Hawking. Few of these films feel as effortless as ‘Jurassic Park.’ The filmmaking in modern sci-minded genre movies is just as exhilarating and complex, and it courts higher-quality talent, the kind formally reserved for Merchant Ivory pictures, that manages to carve out great performances in geeky scenarios. The difference is elegant exposition, those required moments when story must agree with logic. Tactics Crichton employed to spark curiosity now raise eyebrows. There’s an assumption the public knows better than Mr. DNA. So movies try harder — or not at all.” 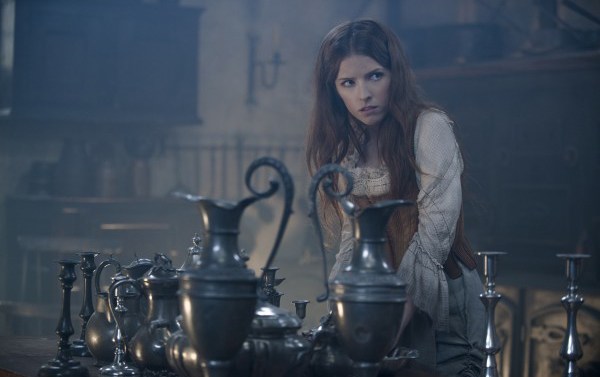 “When was the first time you were on Broadway? [Kendrick:] ‘I was 12 in ‘High Society.’” Did you want to be a singer before you were an actress? [Kendrick:] ‘I think musical theater was the first thing that interested me. I always thought of the two of them going hand in hand.’ What’s your favorite musical? [Kendrick:] “Parade.’ I played the soundtrack for all my friends, and they were like, ‘This is weird.’ I was like, ‘You’re weird.” After ‘The Last Five Years’ and ‘Pitch Perfect 2,’ you’ve done a lot of movie musicals. [Kendrick:] ‘I didn’t actually plan to make a bunch of musical movies in a row. But ‘Into The Woods’ and ‘The Last Five Years’ are two of the greatest pieces of musical theater ever, so obviously it was a dream come true. I think I would enter into something else cautiously.” So there’s not another musical you’d do? [Kendrick:] ‘I can’t think of anything. I played that game with myself once, but that’s why I’m not a producer. Maybe somebody will prove me wrong.” 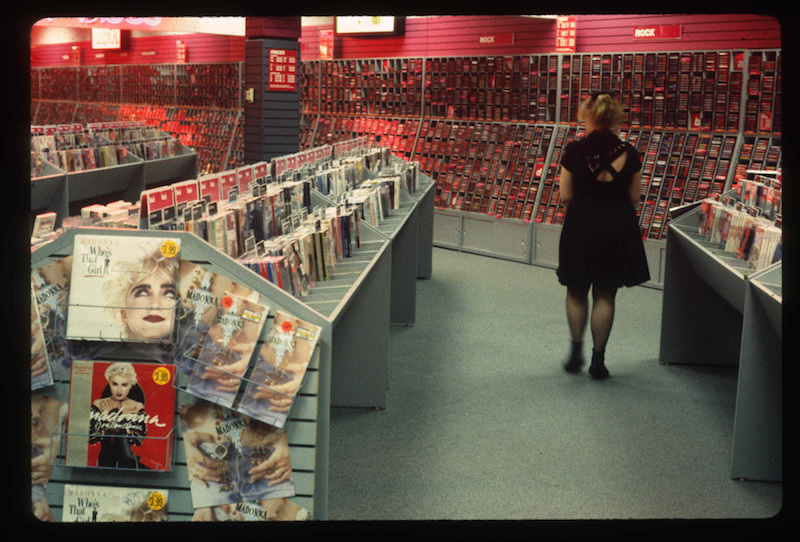 Mashable posts a series of photographs taken by Michael Galinsky of American malls in 1989, which are part of his book, Malls Across America.

Christopher Walken's line delivery was perched somewhere between deadpan and just plain dead in NBC's "Peter Pan LIVE." But his hoofing was arguably the highlight of the telecast as evidenced above. The new lyrics ("Once I get me hook in Peter/Life will go from sweet to sweeter") not so much.