"Prashant Bhargava and Craig Marsden on 'Radhe Radhe: Rites of Holi'": At Indie Outlook, I interview the filmmakers about their visually dazzling film scored by Vijay Iyer and scheduled to screen with a live orchestra at various venues around the country.

“We got pretty beat up. We both had days where we couldn’t go out. I got a cut on my foot that got inflamed. The cameras were small and had rain covers on them, and I would just challenge people to throw everything at me, and they would. I engaged in the same cathartic dancing and wildness of the people I was filming. That would not have happened if I didn’t have the ‘Patang’ experience. The beauty of the environment is preserved and the magic that’s occurring is not effected by your presence. One of the most interesting things we encountered was the bonfire, which is an odd ritual for Holi. It took place in a relatively small square with low-hanging telephone and electrical wires. At one point, I got surrounded by policemen asking what I was doing there. I just started explaining everything. That was one thing I learned from ‘Patang’: don’t just tell them the whole truth, tell them so much truth that they don’t want to hear any more. One of the cops asked, ‘What do you think the Americans will think of this?’ I said, ‘Well, half of them will think that you’re pretty crazy. The other half are going to look at these rituals that you are engaging in and see themselves in a different light. You will open them up to entirely new possibilities. This will be a gift to them.’ Then the cops asked, ‘Where do you want to shoot?’ and allowed me to get up close to the fire.” 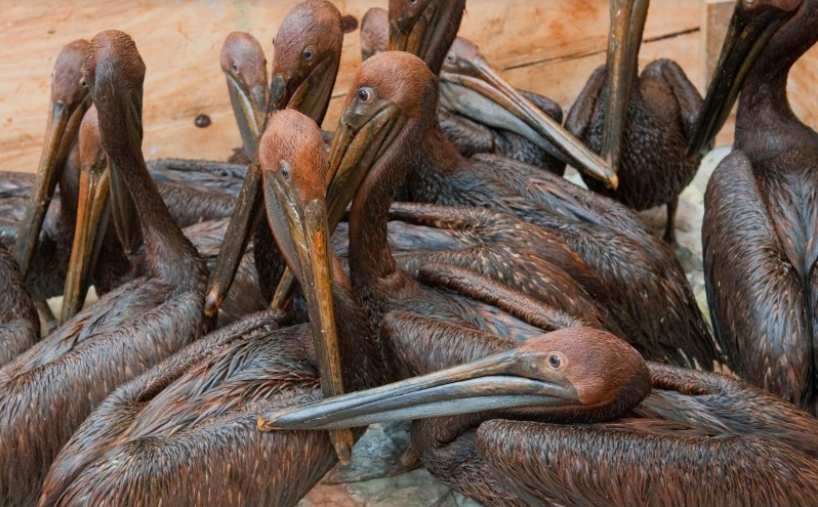 "Deepwater Horizon: Life Drowning in Oil": Our own Sam Fragoso writes an excellent piece on Margaret Brown's documentary, "The Great Invisible," for The Daily Beast.

“‘The Great Invisible’ is something of a marvel—a balanced, unabridged portrait of life before and after the BP disaster. In an attempt to offer up a thorough document, Brown manages to capture a wide array of people on camera. From impoverished families in bayous around the Gulf to affluent oil executives, she leaves no side of the story untold (save for BP, who repeatedly declined to speak with Brown and her crew). Our initial entry point is Roosevelt Harris, a seemingly altruistic food pantry volunteer who serves as a beacon of hope to all those he comes into contact with. ‘The minute he starting talking it was just crazy,’ said Brown. ‘We knew that he was going to be a character. He’s brilliant.’ Speaking in aphorisms, Harris traverses around the community in his cream-colored pickup truck, handing out food, compassion and moral support to anyone who needs it. Since the spill, the number of unemployed residents in Louisiana and Alabama has only increased. ‘People who were shucking oysters 6 days a week are now doing it 2 days a week,’ explains Brown.”

“Emotion is never a bad thing in any character on film. Where the problems arise is when that emotion becomes irrational. Of course, when it’s a male character acting irrationally because of emotion that’s just called being male. Like Jack Nicholson in ‘The Shining.’ Like Dustin Hoffman in ‘The Graduate’ or ‘Kramer vs. Kramer.’ There are so few films with women in them at all this year, where the women are doing something other than propping up the male character. Of those that remain, the complaints are coming fast and furiously, even with a movie like Interstellar where a conscious choice was made to hand the future of mankind over to a woman for a change has to be destroyed, made into something ugly.’ Gone Girl’ and ‘The Homesman’ are under similar attacks for negative portrayals of women, never mind that they are full of diverse portrayals of every kind of woman. If this keeps up there will be no films with women in them at all, which is maybe the whole point? The problem with adhering to a politically correct standard in art is that it greatly limits the array of characters and stories that can be told. If they aren’t ‘right’ they get picked apart, chewed up and spit out. If they are ‘right’ they are dismissed as being too politically correct. Someone should put out a handbook for filmmakers about what you can and what you can’t do or say. Me, I prefer there to be much much more stories out there of imperfect characters as long as they are well written.” 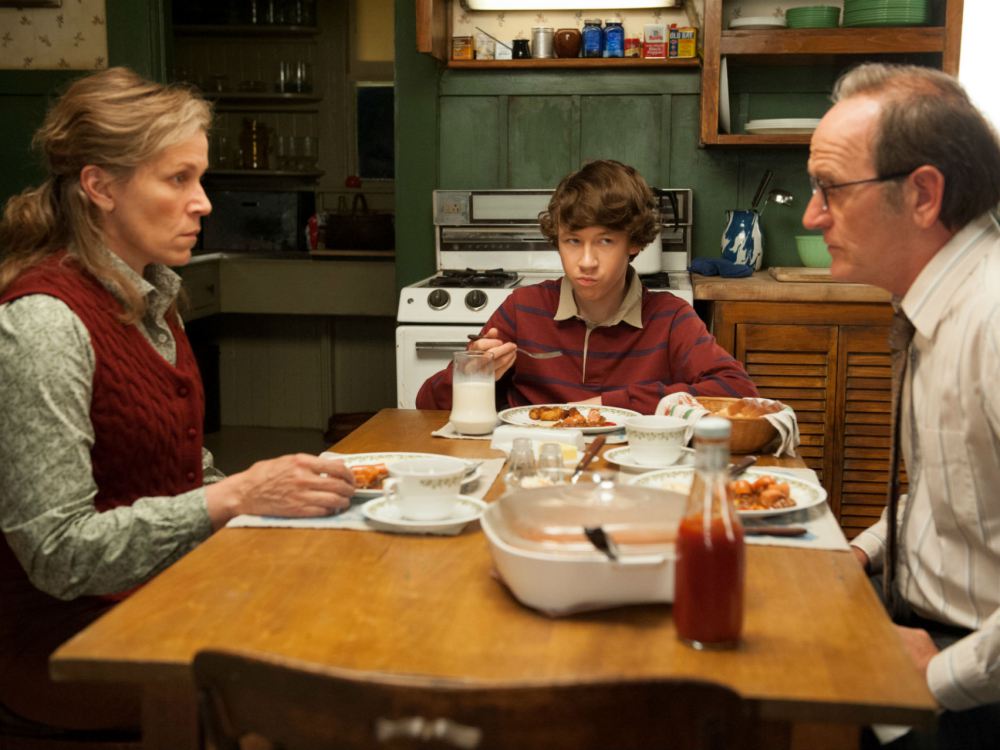 “On an interview with The New York Times in which she said, ‘I have not mutated myself in any way,’ and that her husband, director Joel Coen, ‘literally has to stop me physically from saying something to people — to friends who've had work. I'm so full of fear and rage about what they've done.’ [McDormand:] ‘One of the reasons that I am doing press again after 10 years' absence is because I feel like I need to represent publicly what I've chosen to represent privately — which is a woman who is proud and more powerful than I was when I was younger. And I think that I carry that pride and power on my face and in my body. And I want to be a role model for not only younger men and women — and not just in my profession, I'm not talking about my profession. I think that cosmetic enhancements in my profession are just an occupational hazard. But I think, more culturally, I'm interested in starting the conversation about aging gracefully and how, instead of making it a cultural problem, we make it individuals' problems. I think that ageism is a cultural illness; it's not a personal illness.’” 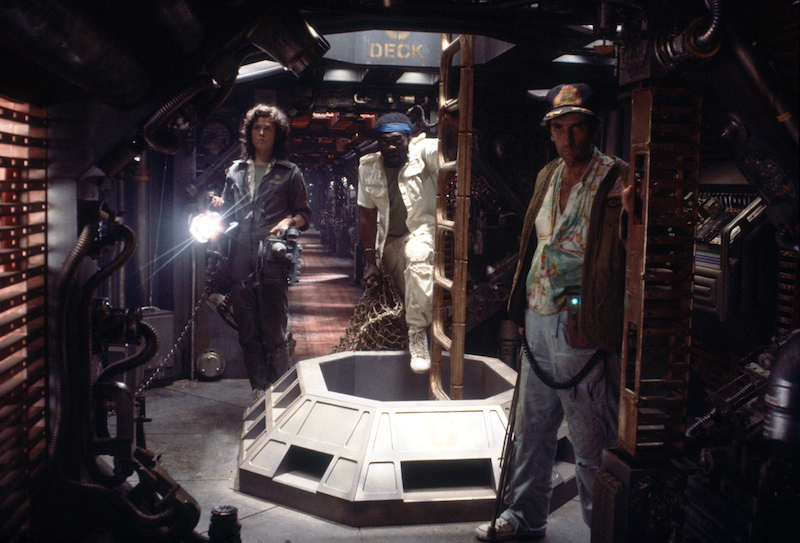 “Much has been said about the CHESTBURSTER’s big entrance, and yet despite lifting all the veils of movie magic it still retains the power to shock and disturb. It’s violent, painful and bloody, but none of it would be nearly so convincing if it wasn’t for John Hurt’s agonizing death throes and the rest of the cast looking on, dumbfounded and appalled. The aliens may be monstrous, but it’s the humans that sell the horror in the movie. And so we come to the main event, the ALIEN itself, a gangly, seven-foot-tall, drooling, slithering phallus of death, complete with erectile tongue for thrusting out and penetrating its victims’ bodies. I’d say you couldn’t make this up, but they did, and in turn created the greatest movie monster of all.” 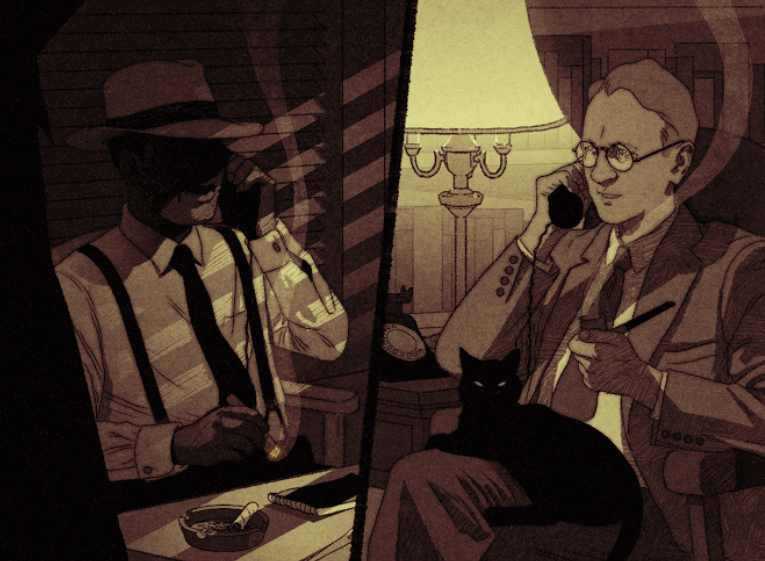