The emotionally devastating news that the great Iranian filmmaker Abbas Kiarostami has died from complications of cancer in Paris Monday is a jolt. His death marks a loss as historically and artistically significant as that of Ingmar Bergman, Michelangelo Antonioni or Jacques Rivette.

It was the final Saturday of the 1997 Cannes Film festival. Kiarostami’s “Taste of Cherry” was a late addition to the program. The movie had a very complex history of suppression, concealment and almost destruction after part of the negative was destroyed in a fire. Kiarostami had been battling with the cultural fundamentalists who charged the movie’s treatment of suicide violated Islamic law.

Because of the almost clandestine nature of how the festival ended up slotting the film, the press screening at the Lumiere Theatre ended up also serving as the official screening. It was a difficult and knotty film. Part of what I loved about it was Kiarostami’s refusal to provide any easy psychological rationale for the protagonist’s desire to kill himself. His formal command was so assured and rigorous—the masterful way he contrasted the movement of the car against the landscape—Kiarostami constructed a fascinating moral inquiry.

I was convinced after that first viewing it was a great film. I waited until the very end credits to leave the theater and moved out to the mezzanine of the Palais toward the escalators. To my great surprise, Kiarostami was right behind me, surrounded by his personal security detail. The atmosphere inside the theater was pretty tense over concerns about a potentially violent demonstration against the director or the festival. In person, Kiarostami was a formidable figure, handsome, intense and very direct. He always wore dark glasses.

I’d met him once before and whether he recognized me or not, I was riveted by his openness and friendliness as we exchanged looks. The next night, the movie shared (with Shohei Imamura’s “The Eel”) the Palme d’Or for best film. 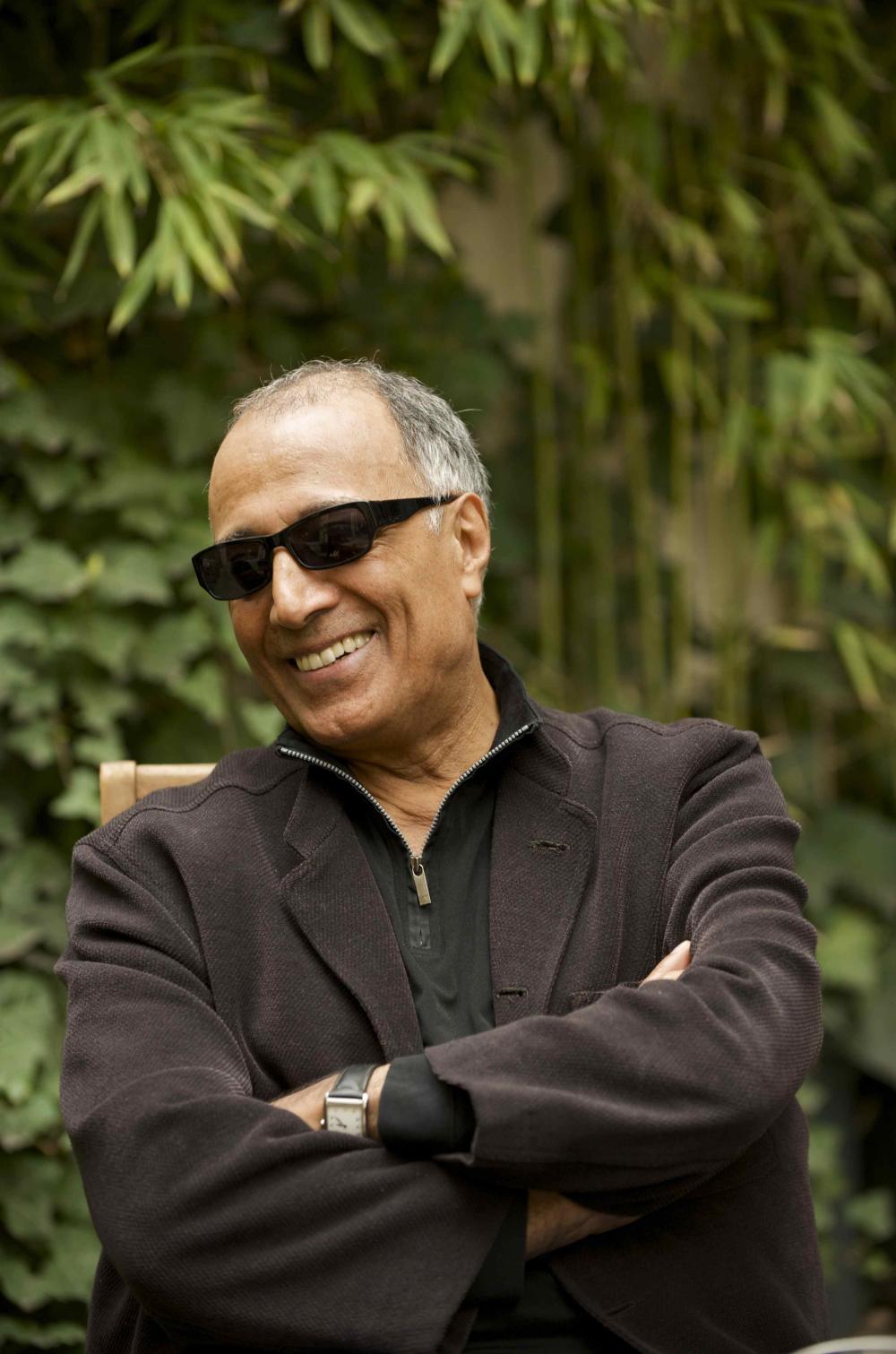 The cinema of Abbas Kiarostami, comprising more than 40 features, shorts and documentaries, is as powerful, commanding and poetic a body of work in contemporary film. How do you even begin to assimilate this work? His great skill was taking moments—scenes or images—that feel familiar and transforming them into something charged, poetic, mysterious and finally quite beautiful.

Kiarostami helped open up a highly complex and creative national film culture shrouded in secrecy and suspicion in the aftermath of the Iranian hostage crisis and the severing of diplomatic ties with much of the West. His privileged background and prominence outside Iran always gave him a relative autonomy. Sometimes criticized for his apolitical submission to the system (after his former protégé Jafar Panahi was placed under house arrest and banned from working), Kiarostami was more accurately viewed as a quiet revolutionary whose distaste for political Stalinism and the collective absence of human rights is registered in the absurdity of his stories.

He studied painting at the University of Tehran. He worked as graphic designer and shot commercials for Iranian television. In 1969 he helped found the Centre for the Intellectual Development of Children and Young Adults. Like Francois Truffaut or Satyajit Ray, his handling of children—spontaneous, open, creative and never condescending or sentimental—marked his work from the start. Kiarostami was a fabulist and dark humorist, obvious from his second feature (the first film of his I ever saw), “The Traveler” (1974), about a rural boy who schemes and manipulates those around him in order to attend a soccer match, delivered a rueful comeuppance by a darkly ironic ending.

In 1992, the Toronto International Film festival programmed one of the first extensive overviews of post-revolutionary Iranian filmmaking. The trailblazing American critics on the greatness of Kiarostami and Iranian cinema were Godfrey Cheshire and Jonathan Rosenbaum. The Toronto program was the first time to provide significant access to these films.

The “Koker trilogy,” three films made near the village of Koker in northwestern Iran—“Where is the Friend’s House” (1987), “And Life Goes On” (1992) and “Through the Olive Trees” (1994)—brilliantly wove together form and content, underscoring his eye for landscape. Kiarostami’s intricate weaving of fiction and nonfiction become self-reflexive meditations on the very act of identity, freedom, creativity and personal expression. 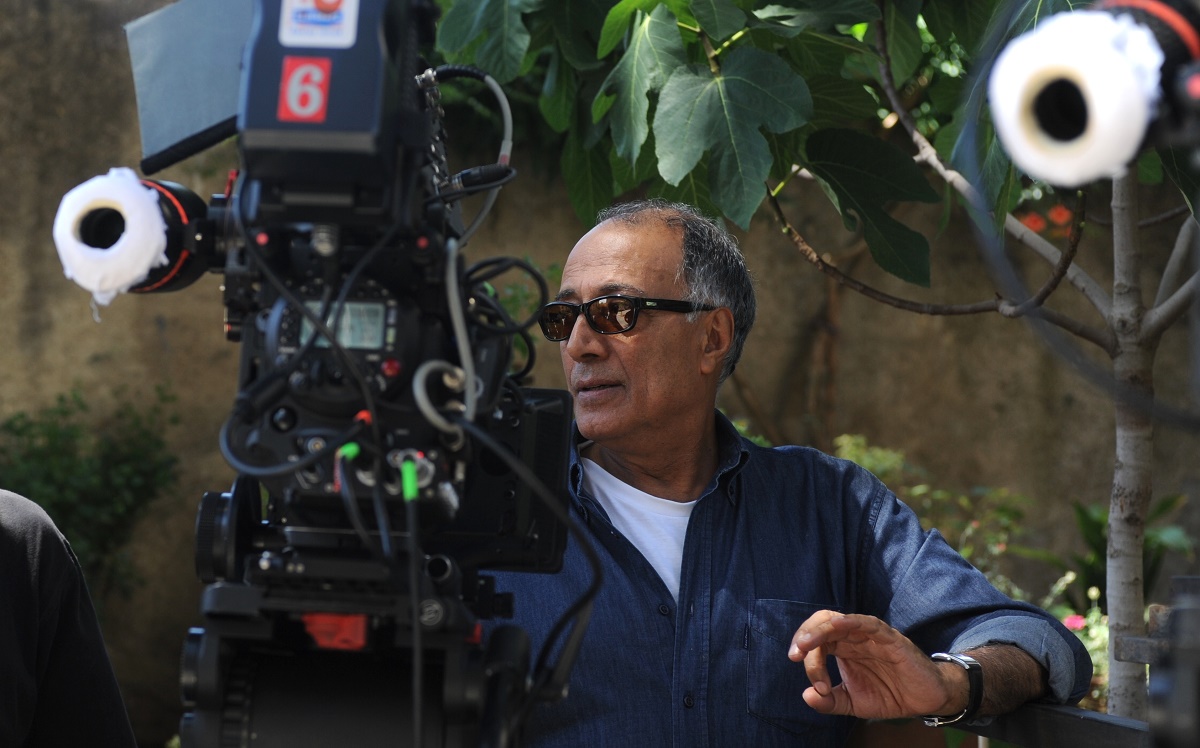 For his virtually unclassifiable “Close-Up” (1990), Kiarostami based the film on a notorious real-life episode involving a shop clerk and movie lover who was arrested for appropriating the identity of the great director Mohsen Makhmalbaf. Kiarostami recruited the key principals to play themselves—including his former rival Makhmalbaf—and staged interpretations of sequences from the past set against the backdrop of the man’s criminal case. His open and self-reflexive examination of form and meaning underscores the elastic nature of movies, brilliantly showing how the camera records, alters or distorts behavior and history and rewrites it all on their own terms.

The defendant, Hossein, is like some strange or unaccountable figure out of Pirandello or Samuel Beckett, quoting Tolstoy or the Koran. Kiarostami’s innate humanism transforms this cool opportunist and subtly shifts the point of view so that his impersonation becomes a provocative act of self-renewal as this man without status suddenly sees his every statement, act or thought privileged and seriously considered. “Close-Up” contains a sharp political and social critique subliminally woven in the narrative fabric that echoes the great Eastern European pessimists a generation or two earlier.

Even to those open to his work, Kiarostami demanded close attention. The movies were sometimes opaque and difficult, but he invited a form of surrender and the beauty was in experiencing his movies as his characters do. Kiarostami’s greatest narrative work, “The Wind Will Carry Us” (1999), is a dense and dizzying piece about an engineer and his never-seen colleagues who travel to a remote village in Iranian Kurdistan for reasons that must be parsed by the viewer. The engineer’s story is counterpointed by the villagers he encounters. This outsider becomes a privileged witness to the customs, beliefs, daily rituals and actions of the locals. The village—a labyrinth of caves, paths and mountains—is transformed into a stage where the intertwined stories play out. The use of color, landscape and off-screen sound achieves rapture. 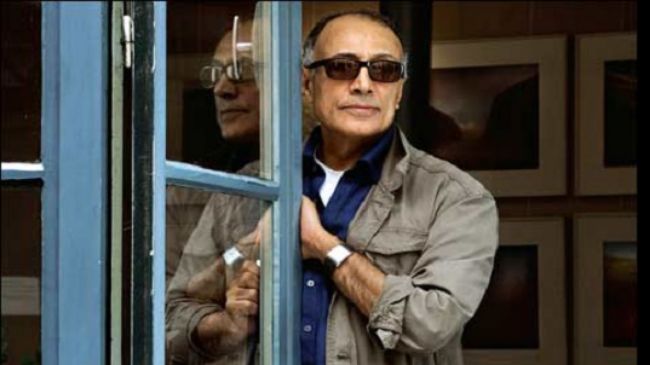 Kiarostami was restless and continually pushing himself to open up and alter his art. At the height of his artistic power, he ostensibly re-invented himself, like Jean-Luc Godard after “Weekend.” As an Iranian filmmaker, Kiarostami was always beholden to the state, either for its government-sponsored financing loans and its monopoly on movie equipment.

The advent of digital technology fundamentally changed that and ushered in new freedom and possibility, as Kiarostami became more experimental and radically conceptual on films such as “Ten” (2002) and “Five” (2003). “Shirin” (2008) features Juliette Binoche and more than 100 Iranian women watching a film we hear but never see, as the director works through ideas of time, duration and process.

His last films were made abroad. “Certified Copy” (2010) was his “Every Man for Himself,” that is, what Godard called his “second first film,” a return to narrative (and 35mm), featuring a bravura performance by Binoche, a work meditating on identity, language and artistic authenticity that continuously opens up the elastic and expressive qualities of the medium.

His Japanese-language “Like Someone in Love” (2013) has a ravishing opening, playful and intricate, inside a Tokyo club, as the insistently pressing voice of the young protagonist, an escort, is dislodged from the corresponding images. Kiarostami transcends language and spatial boundaries, but he makes the work unmistakably his with two remarkable sequences unfolding inside the interior of cars—the first of the young woman being transported to the suburban home of her client followed by the older man driving her to her university classes on the morning after their (enigmatic) night together. The use of light, like the mirrored shots of the sun-draped clouds refracted against the exterior car windshield, is absolutely extraordinary.

Now the man—arguably the greatest working filmmaker— is gone, and as hard as it is to cope with that, the work persists. Criterion has beautiful Blu-ray editions of “Close-Up” (featuring a superb essay by Cheshire and a fantastic commentary track by Rosenbaum and Mehrnaz Saeed-Vafa), “Certified Copy” and “Like Someone in Love.” Criterion also offers “Taste of Cherry” in a standard edition. The Criterion streaming channel on Hulu also offers “Close-Up,” “Taste of Cherry,” “Like Someone in Love” and “Where is the Friend’s House.” Unfortunately, three of his greatest films, “Homework” (1989), “And Life Goes On” (also known as “Life and Nothing But”) and “Through the Olive Trees” are unavailable in any viewing platform in the United States.

Rosenbaum and Saeed-Vafa’s superb book, “Abbas Kiarostami,” published as part of the Contemporary Film Directors’ collection by the University of Illinois, is essential. I would also recommend tracking down the July/August 1996 issue of Film Comment that contains Cheshire’s extraordinary essay, “A Cinema of Questions,” accompanied by an excellent interview with the filmmaker by the critic and essayist Phillip Lopate.

I had the great pleasure to interview the master a couple more times over the years since that fleeting encounter at Cannes. In 1999, at the Thessaloniki Film festival, I was part of a group of writers and critics that talked with him following a screening of “The Wild Will Carry Us.”

I asked him about the relationship between his films and silent cinema:

“Because it’s based on reality, real life can experience the silent life of movies. Even if you don’t find any chance to be in nature, we can make this relation. Silence and nature are two important elements in order for to this work differently, to understand it differently. Unfortunately, the American commercial movies have made all the audiences throughout the world accustomed to sound, explosions, and the close-up. That is part of cinema, but not, I think, part of life. I do not claim that my films are cinematic, but they are a slice of life.”