Dedicated to memories of Roger Ebert, for the simple reason that talking about movies is so thrilling. He did not like lists, but I love his lists.

Is it nature or nurture that leads the man into madness? This film adds another dimension to the question: is it environment? The grandson (Gene Wilder) of the famous Dr. Frankenstein seeks to hide from the patriarch’s infamy, until he inherits his estate. No longer the reclusive physician, an exploration into the old laboratory inspires him to continue where his predecessor stopped. But, he is also a modern man: once he creates his monster, he takes the show on the road.

Take a look at all the comedic genres including slapstick, parody, deadpan, surreal comedy, and “Young Frankenstein” contains some of each. Dr. Frankenstein and his creation (Peter Boyle) perform a tap-danced “Puttin’ on the Ritz,” mangled by the Monster’s squeals. Every time a character mentions the name of the home’s attendant, “Frau Blücher,” two horses start jumping and neighing in terror. Igor (Marty Feldman) walks with a hump in his back that seems to shift locations. Forty years later, Brooks’ film still reaches into my funny bone and tickles.

I never thought I could say something like this, but yes, “Finding Nemo” is one of the greatest movies of all time. Have you ever considered what a masterpiece this film is? It is the best of all kids’ movies. It is the best of all road movies. It is a colorful wonder. A decade later, every scene still captivates. Every. Single. Scene. This film features a highlight reel of the most interesting characters of the decade, all in one tightly woven story. Every character has his/her tale, from Nemo, to Marlin, to Dory, to Bruce, to those Turtle Dudes, to Nigel, to Gill. And, how rare is it to see a major film with an endearing father! Yes, he was a neurotic at first, but he too grew into something more.

When I was going through my divorce, my younger daughter did not want to talk. She just wanted to watch this movie and smile. Each visit, each day, for weeks. She just wanted to sit in my lap while screening this film. Now, a few years later, I’m the one who wants to keep watching this movie. 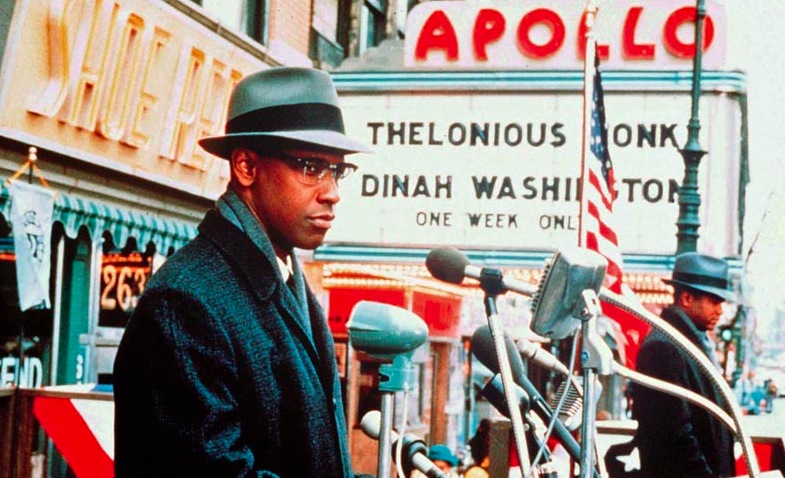 The same man reincarnates multiple times in the same lifetime. The child of a preacher, parceled into foster care and boarding homes, Malcolm Little finds mentorship from a local gangster. When that relationship sours, he robs homes until he gets arrested. In jail, he finds another teacher who guides him to reform himself. Soon, he joins Elijah Muhammad in the recently formed Nation of Islam, becoming Malcolm X, the movement’s greatest preacher. After betrayal, Malcolm heads toward his final transformations, and death. In the end, the hero loses his life, and becomes a legend.

Upon President Obama’s first election, this story immediately became dated. With the new rise of bigotries since then, it resurfaces with new relevance. Regardless of the politics, the scene of Malcolm meeting Elijah is alone worth the screening. This biopic holds such power that it exhausts me as much as it inspires me each time. And, I have not even mentioned Denzel Washington.

The leaders of the galactic empire shift focus from controlling the universe to hunting down the one man who can unravel all of its plans. Only ideologues driven by superstition would make this mistake. Meanwhile, our impatient young hero seeks training in the Dao of a non-Christian Jesuit or a non-Muslim Sufi, hindered by his own demons.

More than “Star Wars,” here is the ultimate adventure, with everything an adventure calls for: suspense, chase sequences, betrayals, swashbuckling duels, forbidden love. John Williams provides the perfect score. The elephant walkers creep with menace. The climactic light saber fight follows its own narrative through grit and exhaustion, a style that later gets substituted with ballet in the prequels. On top of all that, the hero loses. Miserably. I have never watched these films as a grown man. Rather, each time I am that little boy on that Friday night in the River Oaks Theater in Calumet City.

Three precious films combined in a three-part sequence like no other.

“Where is the Friend’s Home?” (1987). A gradeschooler has to return his classmate’s notebook, but first he must travel from village to village to figure out where he lives. Marvelously constructed, with each plot point causing the next.

“Life and Nothing More” (1992). The director of “Where is the Friend’s Home?” journeys through the rubble of the 1990 earthquake seeking the little actor who starred in his film. Here we make sense of tragedy, through the eyes of the young and old. When all gets taken from life, life still goes on. And so does the World Cup.

“Through the Olive Trees” (1994). The director of “Life and Nothing More” tries to complete his film, except that his star keeps proposing to the leading actress. Will she accept his begging? He asks her to answer by turning a page in the book she holds, to signal an acceptance. And, she…. This is my favorite cinema courtship.

These are tender people full of courtesy. They explore duty, loss, and love. The trilogy is the most meta of meta-narratives. 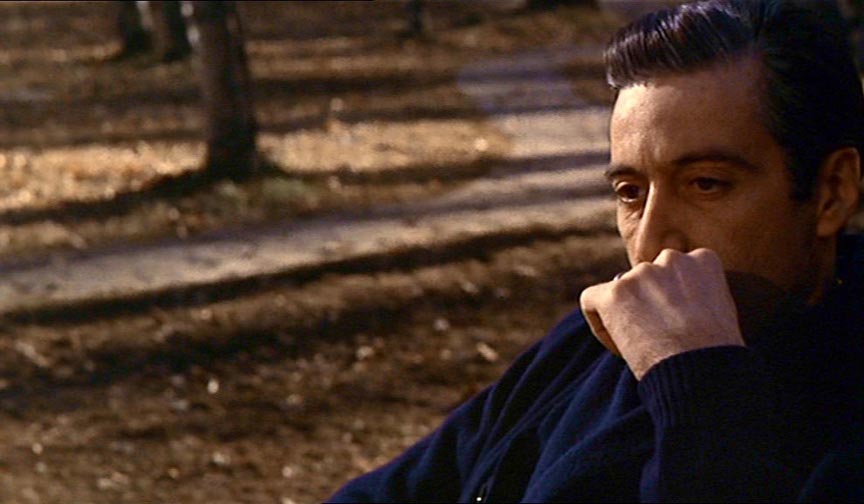 As a boy, I loved the second films. As a less immature adult, I find they have become too unhappy for me. As we get older, and life gets more complicated, sometimes it is nicer to recline into a story of a tight family of happy mobsters who always win.

The 20-year-old in me has long since vanished, replaced by a 40- year-old who cannot stomach bloodshed or F-words. Yet, that famous tracking shot keeps calling me back into this dizzying story of men and their appetites. At least three films in one, spanning three decades. At least five hours of movie in these 150 minutes.

These are carnivores. Henry Hill runs as a hunting dog, enjoying the patronage of the king. Tommy DeVito (Joe Pesci) growls like a T-Rex, with fangs ready to snap anything in half. Jimmy Conway (Robert DeNiro) stares like the wolf, sauntering in his territory, yet ready to pounce upon his prey. Paulie Cicero (Paul Sorvino) casually sits as the lion, until he needs to speak. His whispers are roars that freeze the rest of the animals of the jungle. Some of the women are mere playthings for the beasts. But not Karen Hill (Lorraine Bracco). She is the lioness. 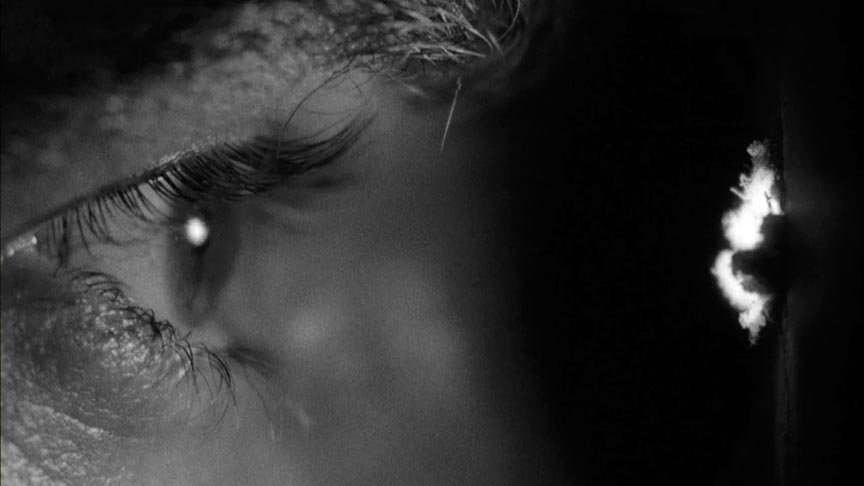 The ultimate iconoclast:  everything about this film violently attacks everything we consider normal and sacred.  And, it succeeds.  The star dies. The plot that launched the film dies with her. Despite the sharp Bernard Herrmann score, the main character is mostly inert, except for the twitch in his eyebrows. When he walks through the rain, he carries an umbrella, but never opens it.

We remember this film as a horror movie, and that is because of that freaky house. But, “Psycho” also follows a robbery. A murder investigation. A psychiatric analysis.

It is also the only movie from Cinema’s first 70 years that does not seem in the least bit dated. Even “The Godfather” shows its grey hairs. Again, this is not the type of movie that I like, yet its masterful execution is hard to avoid.

We know that the standard question for such lists is “Where on the list is Kane?” We know that if Kane does not hold the top spot, then the author is up to something. If the film does not make the list at all, then it is something rebellious.

As a youth, I appreciated this film’s narrative and technical craft. I understood the world itself through form and process. Though I loved my childhood adventure flicks, these mature movies and their themes remained hidden beneath their constructions. As a middle-aged adult, however, I appreciate this biography of the world’s most imprisoned free man. Everywhere he turns, he is in chains.

Roger introduced me to “Kane” some twenty years ago in his class. He could not attend the screening because David Lean had just died, and he had to write his obituary. Sigh.

It is just as near and far as the waving tree at the end of the horizon. It lives beyond the small world of heroes and villains, beyond the posturing pretense of small minds with big dictionaries. Ron Fricke’s “Baraka” immerses me into the hearts not just of unique men and women, but also macaques and mountains. Twenty years later, it is still brand new, just as blatantly clear and quietly absent. It is the one film I can walk into and smell. Intimate, ambitious, lush, bare: whatever is in me is there. Religion is the ultimate art form, the ultimate expression of beauty, and “Baraka” travels over volcanoes and along lakes to chronicle Religion’s vast expanse. Scholarly meditation, relaxed conversation, pious prayer.

Such lists are fun more for the conversation and even more for what they reveal about their authors. I invite each of you to contribute your own list, but I also ask you to indulge me with one more thing. After making your list, tell me what is the story your list tells about you?

Looking at my list, here is what I see: These are all big screen movies, even though some are very intimate and quiet. I seem to appreciate the genre-bests or genre-benders. Beneath that, however, each of these films explores manhood, for all its wonders and for each of its corruptions. The majority of western films explore the male and his quirks. That is, until we reach “Baraka,” which sets me free into a world beyond such boundaries of masculinity or genre.

Thank you, Roger, for the conversations.