Lisa Nesselson from Paris: On the man who made you think you spoke French 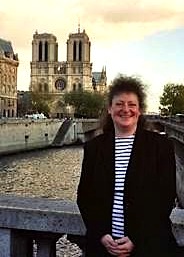 Paris, Jan. 11 -- The phone rang at 5:30 p.m.. It was France's around-the-clock cable news station France24 asking if I could speak about the death of Eric Rohmer, live, in about 10 minutes. The news was very fresh in France and this was the first I'd heard of it.

Except for François Truffaut and Louis Malle, who both died relatively young, the most prolific talents of the French New Wave era are still at it. Claude Chabrol makes at least one film a year; Jacques Rivette and Alain Resnais released new features in 2009; Agnes Varda is busy mounting conceptual installations when she's not making her delightful documentaries; Jean-Luc Godard is still tinkering away on digital video.

You begin to think they're immortal -- that much like symphony conductors who live to ripe old ages because waving their arms around is excellent exercise, that "pointing into the distance" pose so characteristic of film directors may be a boon to their longevity.

How do you sum up an 89-year-old filmmaker's career on short notice in two minutes of air time? Let's just say I got better at it -- WGBH's world-class "The World" phoned from Boston for some pithy comments and then France24 wanted another live feed.

Radio and TV are grand, but there's nothing like print --- er, the Web -- for fiddling around en route to le mot juste. 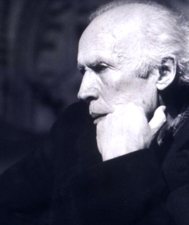 That wasn't his real name. One popular theory has it that he changed his handle to "Eric Rohmer" so as not to embarrass his family when he started writing about and eventually making films. This now comes across as a quaint and elegant precaution -- as if Susan Boyle had gone by another name so as not to draw attention to herself. ("Did you hear that Susan's gone and sung on TELEVISION?" "Well, I never. Has she no shame?")

Rohmer was editor-in-chief of the ridiculously influential French film magazine "Cahiers du cinéma" from 1957-1963. (I say ridiculously, because most contemporary blogs have a wider circulation than Cahiers did, and log rolling was one of its specialties as the critics in its pages peeled away to take up new, light-weight cameras and portable sound gear to make movies of their own.)

Those were incredibly cool years to be in charge of a highly regarded film publication. In Paris back then, all you had to do was walk out your front door and chances are a local cinema was showing a classic-to-be from France or Italy or even the USA. 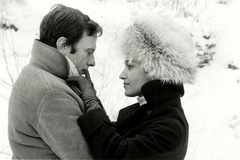 When Rohmer stepped behind the camera, first in 16mm and then in 35, he told stories on shoestring budgets. And that was pretty much his method throughout a 24-feature career. No producer ever breathed down his neck whining "Does it have to be SIX Moral Tales? (Or, "Do they have to be MORAL?") His films cost very little to make, which meant that the rights could be granted to foreign distributors for reasonable fees.

And, oh yeah, every so often a young woman as shapely as she was uninhibited would remove some or all of her clothing. Within the rigid context of a moral or ethical dilemma, natch.

Such films as "My Night at Maud's," "Claire's Knee" and "Chloe in the Afternoon" were full of talk. The themes were lofty (Is there a God? Should I cheat on my wife?) but the language was clearly enunciated at a pleasantly accessible pace. So accessible, in fact, that even viewers who didn't actually understand French left the theater convinced that they did. Not all that much actually happened in most Rohmer films, but they usually boasted bittersweet punch lines. 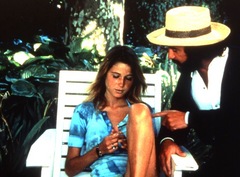 Rohmer was a bit of a pioneer in several realms. He accepted funding from French educational television in the mid-1960s when traditional cinema-funding sources were less than enthusiastic about his subject matter. In 1986, his film "The Green Ray" was shown on French television at the same time it was released in cinemas -- a tactic (paging Mr. Soderbergh) the merits of which we're still debating 24 years later.

It turned out that the green ray of the title, a shimmering atmospheric phenomenon that appears when conditions on the horizon are just right, didn't come across on TV screens. Big Screen: 1/ Small Screen: 0.

But the impulse to bring a smallish art film to the entire population for free was a laudable one.

With 2001's "The Lady and the Duke," Rohmer embraced entirely virtual digital backdrops to tell an absolutely harrowing true tale set during the French Revolution. When the chamber drama exited the chamber, the sinister goings-on in those perspective-perfect thoroughfares left little doubt that aristocrats on the streets of Paris, circa 1793, need be no more concerned for their personal safety than soldiers and reporters in Kabul, circa 2010. Alejandro Amenabar's splendid recreations of ancient Alexandria in "Agora" are but a fancier iteration of the same concept.

So far as I know, at the time of his death Rohmer was not envisioning a 3-D IMAX re-make of "My Night at Maud's" in which Pascal's wager would worm its way into the audience and demand to be taken seriously. But I'll bet the technology wouldn't have phased him.

Shot in great part outdoors and on location, Rohmer's films are an informal guide to the changing face of Paris, it's suburbs and the French countryside as well as a record of how real people spoke over the course of five decades. In Rohmer's contribution to the classic omnibus "Six in Paris" (Paris vu par...) a nattily dressed clothing store clerk is convinced that he has accidentally murdered a man in a tussle involving an umbrella. The protagonist commutes to and from work from Place de l'Etoile -- the street "spoked" area around the Arc de Triomphe that incorporates the Champs-Elysées.

We can clearly see the construction work underway on Line A of the high speed regional commuter line known as the RER (and now up to the letter "E" as it serves communities further and further outside town.)

Wielding words far sharper than an umbrella tip, the Cahiers crowd -- they who blessed or burdened the world with the auteur theory, depending on how you feel about "authorship" in filmmaking -- lunged and parried (almost) to the death on the question of mise-en-scene. And yet Rohmer himself shot and edited in a straightforward and communicative manner bordering on dull. Not a lot of fancy camerawork, although there were fanciful touches.

As Rohmer grew older, he continued teaching university courses and made a point of hanging out with young people so he could write down examples of the way they spoke and the language they used. When he made period pieces and costume dramas, the characters spoke with the flourishes of a by-gone era. When his protagonists strolled along a beach in Brittany or walked along the landscaped paths of a planned urban community, they spoke the way their real-life contemporaries did.

I've never heard a French colleague badmouth a Rohmer film or imply that it's not worth seeing. We could take this to mean that every last title has something to offer or we could rush to the dictionary to find French expressions for "cutting some critical slack out of deference to an elder statesman."

Rohmer was there at the birth of the politique des auteurs, the semi-contentious notion that the director is the captain of his ship and the master of the film's celluloid soul. (The French version: "Call me Ishmael."

The Hollywood version: "Does it HAVE to be Ishmael? 'Get your Ishmael action figure with working harpoon' just doesn't do it for me.")

In a long, humble yet influential career, Eric Rohmer -- aka Jean-Marie Maurice Scherer -- explored his authorial voice and managed to speak to a planet of filmgoers.

Lisa Nesselson is a film critic who has long lived in Paris, and was for many years Variety's correspondent. She memorably reported for us from the Cesars (the French Oscars), and an infamous wardrobe malfunction.