Islam in Western Cinema, Part 4 – The Journey through American Islam

I write this piece as French authorities have been forcing Muslim women at the beach to disrobe from their burkinis, in public. Already the French had banned women from wearing the hijab from government institutions and the face-veil niqab in any public space, and now French officers physically force Muslim women to remove their bathing suits. As we saw in the previous parts of this series, the vast majority of depictions of Islam and Muslims are of the exotic brute or the legions of warmongers, where violence is the default, not the anomaly. And, while some are well-intentioned depictions of soft, pious Muslims, they still fall into the trap of Western-centric framings, where Islam is a problem. Considering the scenario in France—which, to be fair, has had multiple terrorist attacks with scores of deaths—we see a vicious circle in which these stereotypes provide fuel for institutionalized subjugation which reinforce the stereotypes. Thus, the concern of this series is not merely to have good depictions of Muslims, but to put a wedge in that vicious circle to prevent subjugations and micro-aggressions against Muslims. Is it possible, then, to have a good depiction of Muslims in cinema with or without projecting stereotypes?

Speaking from a business perspective, it is advantageous to promote Muslim stories and characters. The Muslim world is a population of over a billion and a half people, the vast majority of whom watch movies, especially American movies. Many of the largest film industries are either dominated by Muslims or are in Muslim majority lands: India, Egypt, and Nigeria. Iran has one of the most esteemed film industries.

In addition, as a civilization that is nearly 1,500 years old, Muslim societies are full of fiction and nonfiction stories and characters that would make great cinema. As mentioned in this series, the only story Hollywood keeps returning to is The Arabian Nights. Bollywood and Iranian Cinema have tapped into more of these stories, from the love stories of “Layla and Majnun” to historical epics like “Mughal-e Azam” but there are hundreds of such stories waiting to be filmed.

Thus, a simple test summarizing the key points of this series, inspired by the Bechdel Test. Until someone develops a better name, we can call it the Mozaffar Test of Cinema Muslims. To pass the test, the film must feature:

1. Their language is sound.

Two or more Muslims, with identities, who speak to each other in a Western language if they are in a Western space, and if they have accents, the accents are authentic. Is it not uncommon for Muslim characters to speak gibberish in film. It is very common for the accents to be completely fake.

2. Their behavior is normal.

They speak to each other, without rage, about topics other than non-Muslims, imperialism, violence, or depraved sexuality. Usually, Muslim characters have temper problems, speak only of politics, and/ or they can’t seem to control themselves.

3. If they are women, they are human.

If they are women, they are not defined by clothing or lack of clothing. Our films tend to objectify Muslim women even more than how much we objectify non-Muslim women. Whether we speak about politicians, actresses, or Muslim sunbathers, the conversation focuses on clothing.

4. If they are pious, they are not naïve.

Pious Muslims in film tend to be naïve, uncultured and often need to be exposed to the world by some non-Muslim.

They are not in need of being saved or civilized by Westerners from Islam or their Muslim-majority society. The original “White Savior” in Western Cinema was the protagonist in “Lawrence of Arabia.”

6. Their Islam is an actual Islam.

The theology and rituals are authentic representations of Muslims (including sectarian variations). Even many well-intentioned depictions of Muslims, like Morgan Freeman’s character in “Robin Hood: Prince of Thieves” pray in ways that have no connection to reality. 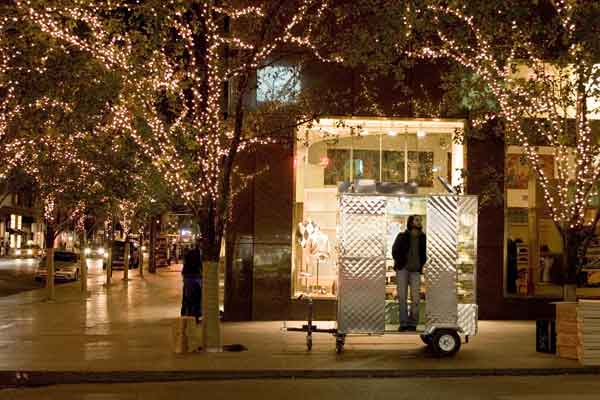 The greatest of all American Muslim stories. In the context of this series, its first strength is in the story itself. If you do not know Malcolm X’s biography, then at first you will wonder about him, then you may hate him, then in the end you will appreciate him. It is full of conversations about non-Muslims, imperialism, violence, and depraved sexuality, but most of the conversations are about so many other things.

Ramin Bahrani presents a post-9/11 tale of a former Pakistani rock star in New York City trying to establish himself in a career as a street vendor. This somber film is a study in the way big city life squeezes us into separate small boxes, and we struggle to reach out beyond them.

One of the best films of its decade. Stephen Gaghan’s movie, which I critiqued earlier, is an interwoven story about family, business, terrorism and the interconnectedness of everything in the world. "Syriana" shows that a movie can still be about Muslim terrorists and be a positive film.

Jerry Nachmanoff’s film may be the most exciting portrayal of Muslim terrorists yet, and almost passes the Mozaffar Test. We see the world through the eyes of a devout Muslim undercover officer.

Chris Morris’ film is so dark and sinister that I hesitate to place it on the list. It is a black comedy which mocks terrorists with such force that it may be its own prevention technique for young people getting enchanted by ISIS messaging.

Alrick Brown directs a powerful interwoven narrative about the latter days of the 1995 Rwandan genocide, and the Muslim role in working toward its end. Shot on location in Rwanda, the film is a difficult study in forgiveness, arguing that the attempt to forgive is itself the demand for a miracle.

Musa Syeed’s film follows a Somali man in Minnesota seeking redemption through a dog, after a series of wrong choices in a contemporary America, where it is common for Muslims to be spied upon and monitored. 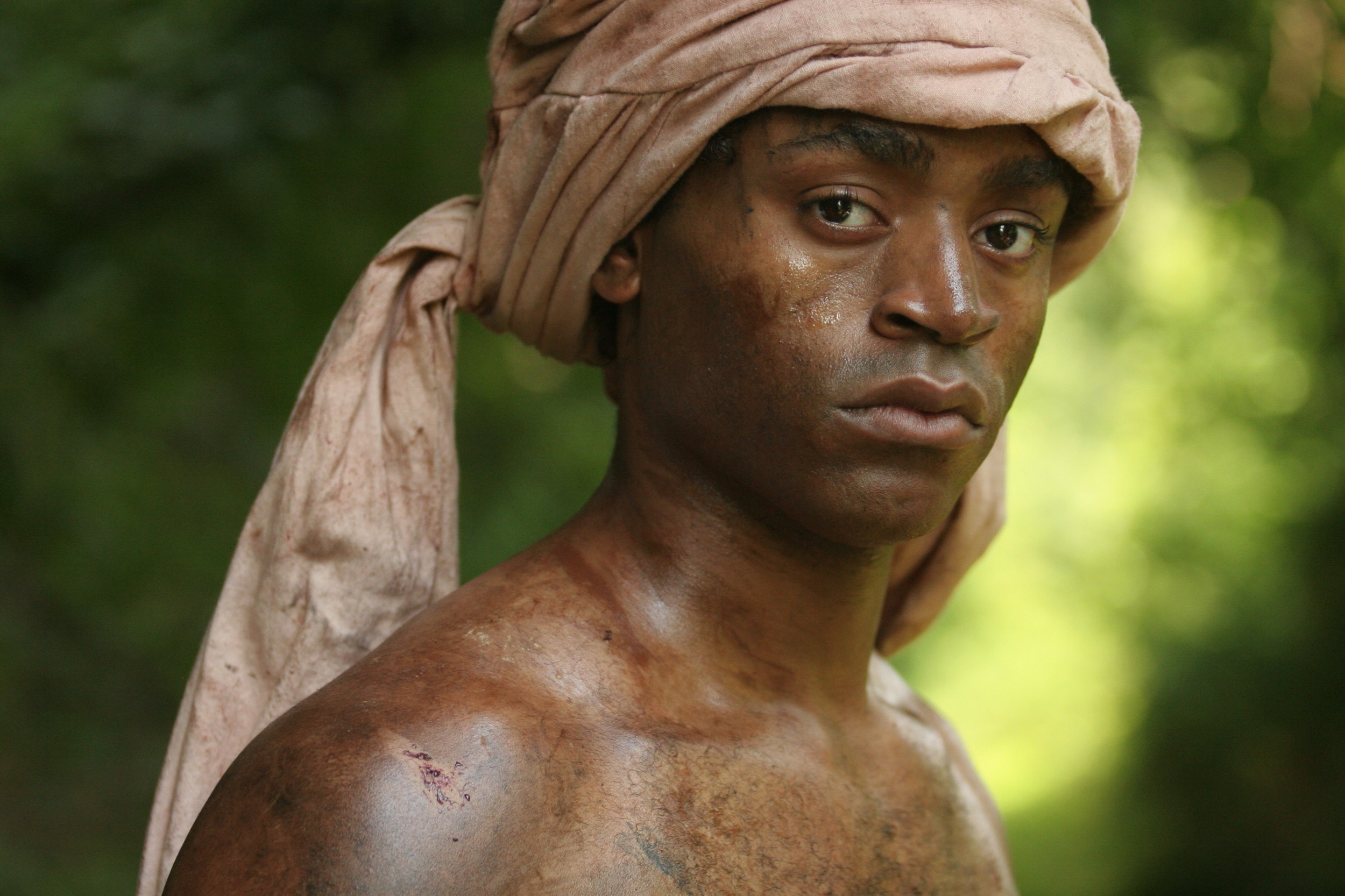 One of the film’s I critiqued earlier for its Eurocentrism, Anisa Mehdi’s National Geographic documentary is still the most intimate portrayal of Muslim piety in American film.

Andrea Kalin’s documentary about Abdulrahman Ibrahim ibn Sori. Ibn Sori was a prince who was enslaved in America for 40 years before finding his freedom. Then, he had to work to free his family.

Rashid Ghazi’s documentary explores the Fordson High School football team in Dearborn, Michigan, where there are so many Muslim students that the school has to close on Islamic holidays. In this particular season, the athletes have to train while fasting in Ramadan.

Omar Mullick and Bassam Tariq’s cinema verite documentary about boys in an orphanage run by the recently deceased humanitarian Abdul Sattar Edhi takes us through the streets of Karachi, Pakistan. Their world is not so much of an underworld as we would expect in such stories, but the narratives of young abandoned boys seeking wholeness.

Rob Gardner’s documentary follows the story of Noor Inayat Khan, who worked in British intelligence against the Nazis.

The late GOAT (Greatest of All Time) has numerous movies about him, and almost all of them fail to be as interesting as he is. One exception might be “The Greatest” (1977), though this film is interesting mainly because he plays himself. But, a double feature of these two films by Bill Siegel and Leon Gast, captures a moment of Islam in America where an American Muslim was on his way back to becoming king of the world.

The problem with this lack of depiction of positive Muslim women, especially in the feature films, gives us insights into contemporary politics: in the West we seek to dominate Muslim women’s bodies as much as we accuse Muslim majority countries of doing the same. Meaning, we do not see depictions of Muslim women in Western cinema because we do not believe that Muslim women are interesting in any capacity beyond objects or symbols of corporate diversity in commercials and website banners. Tell that to my mother, my wife, my daughters, or my sisters. In her recent NYT op-ed, “When a Swimsuit is a Security Threat,” Asma Uddin comments about the French Burkini ban, that it is not only absurd that human rights courts have justified it, but also that the ban asserts that Muslim women wearing the burkini (which looks almost exactly like a scuba suit) are at the same time oppressed and a danger to society.

Nevertheless, we now live in a special period regarding Islam in America and the West. On the one hand, the venom spewed against Muslims has become so mainstream that in some places it is institutionalized. Movements in numerous American states have lobbied to have Islamic law (Shariah) officially banned, even though those states have miniscule Muslim populations. More than that, any Islamic legal scholar worth his/her salt speaks of adapting Islamic law to American life for Muslims, not of imposing some sort of Islam on American life and non-Muslims.

On the other hand, in the past few weeks we have seen a number of Muslims gain national attention. Khizr and Ghazala Khan, whose American military son Humayun was killed in Iraq, have been a large part of recent political conversation. Ibtihaj Muhammad and Dalilah Muhammad (no relation) are both US Olympian medalists, reaching the podium this Summer in Rio. Dalilah Muhammad is the first American woman to win the Gold in the 400 meter hurdles. And, Rabia Chaudry is making the rounds with her best seller, “Adnan’s Story,” building off the most downloaded podcast in history, Sarah Koenig’s “Serial” (Season 1), followed by her own highly followed podcast “Undisclosed.” Chaudry’s book is the culmination of her decades long quest to overturn the murder conviction of her childhood friend, Adnan Syed.

While Islam is a major part of each of these stories, and Muslims Americans have already died for the United States,  won Olympic medals for the United States and written best sellers, we are witnessing the cusp of something that will only grow: Muslims not merely contributing to our society (as that has been happening for centuries), but Muslims leading.

Of the many talks and classes I have given to young Muslims, I keep repeating the point that in their service to the Divine, their Islamic obligation is to work toward excellence (itqan). One person I reference is the now late, great Muhammad Ali. I hope that we will see more films about him, because I miss him so much, and more great films about Muslims, putting to bed the exotic savage, the militant terrorist, the naïve pious Muslim, and replacing them with vivid Muslims. The times call for it.