This year marks the 25th anniversary of Sony Pictures Classics (SPC), one of the greatest independent film distributors in the world today. Co-president Michael Barker, who heads the company alongside Tom Bernard, has become one of our most frequent guests at Ebertfest, and I was recently struck by how many of the SPC selections we chose to screen were directed by women. Jill Sprecher's "13 Conversations About One Thing" and Sally Potter's "Yes" were both greatly admired by Roger, earning four stars each, while Haifaa al-Mansour's "Wadjda" (released in the U.S. months after Roger's death) received a hugely enthusiastic reception from Ebertfest audiences in 2014. Apart from being a great film, "Wadjda" was also a historic achievement. Not only was it the first feature length film shot entirely in Saudi Arabia, it was also the first film made by a female Saudi director. "Higher Ground" with the ethereal Vera Farmiga was another festival favorite. 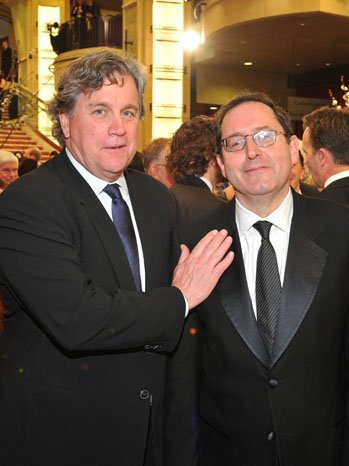 Sony Pictures Classics should be commended for its legacy of championing the work of female filmmakers over the last quarter-century. A total of 56 films released during that period were directed by women, including Suzanne Bier's Oscar-winner, "In a Better World," Marjane Satrapi's Oscar-nominated "Persepolis" and last year's Film Independent Spirit Award winner for Best First Feature, Marielle Heller's "The Diary of a Teenage Girl." Other notable highlights include Nicole Holofcener's "Please Give," Amy Berg's "West of Memphis" and Lone Scherfig's "An Education," which earned its 24-year-old star, Carey Mulligan, an Oscar nomination for Best Actress.

In the past year alone, Sony Pictures Classics has signed on to distribute several acclaimed female-directed films, such as Maren Ade's "Toni Erdmann," which was the choice for many festivalgoers at this year's Cannes Film Festival to win the Palme d'Or. The company also released one of my favorite films of the year, Rebecca Miller's "Maggie's Plan," with Greta Gerwig, as well as one of Matt Zoller Seitz's favorites, Lorene Scafaria's "The Meddler." Perhaps most notable of all is Meera Manon's "Equity," which has earned its own place in history as the first female-driven Wall Street film.

"Jacquot," Agnès Varda's loving ode to her late husband and fellow French New Wave icon, Jacques Demy, received distribution in the U.S. courtesy of Sony Pictures Classics in 1993. Roger was very moved by the picture, declaring it a "love film" in his review, and it's only fitting that Varda will be awarded a Golden Thumb by me and Festival Artistic Director, Cameron Bailey,  at our third annual Ebert Tribute during this year's Toronto International Film Festival. Congratulations to Sony Pictures Classics on an amazing 25 years, and here's to 25 more showcasing the diverse voices of modern cinema.

Click here to watch my video report on Sony Pictures Classics' 20th anniversary on "Ebert Presents At the Movies."