The rumblings of a critical debate (or is it grumblings?) have already surrounded Ridley Scott's "The Counselor." A script by Cormac McCarthy ("The Road") helmed by the director of "Thelma and Louise" should have been a sufficient enough marketing opportunity for 20th Century Fox to capitalize on as they rolled it out during awards season. And yet the studio held a press-only screening Tuesday night before its opening, a move which signals they're likely as mystified about how to handle the film as critics are in trying to build a consensus around it. Given how peculiar it is, this is not surprising. "The Counselor" is in many ways an anomaly for Ridley Scott.

Even Scott's most acclaimed films are not known for wild passion. "Gladiator" seems predicated on a man controlling his emotions in order to gain some measure of revenge; it lacks the righteous fury of another notable sword-and-sandals movie, "Spartacus," directed by the often-deemed-frigid Stanley Kubrick, a filmmaker Scott has admired. "The Counselor," however, is an existential, rage-filled crime drama about an unnamed criminal attorney (Michael Fassbender) who gets involved in a major drug deal with some of his most corrupt clients—the self-indulgent, wild-haired Reiner (Javier Bardem) and the cautious, western-attired Westray (Brad Pitt). The Counselor—as he is also referred to in the film—approaches this transaction as a one-time, get-rich-quick scheme in order to retire and live out his days with his virtuous lover, Laura (Penelope Cruz). "Life is being in bed with you," he tells her. "Everything else is waiting." In fact, that line and a very intimate and erotic opening scene between the Counselor and Laura are but two of the movie's prima facie moments of passion, the most open and strongest that Ridley Scott has ever displayed as a director.

On balance, though, the rest of "The Counselor"'s emotions are grotesque, and grim. If it had come out last year without a director credit, one might easily assume it had been directed by Ridley Scott's brother and business partner Tony Scott, who committed suicide in the midst of principal photography, and whose filmography was strewn with luridness. "True Romance," "Man on Fire," "The Last Boy Scout" are all rewarding in their own ways, but when it comes to sexual and violent exploitation, they go to eleven.

"The Counselor" is dedicated to Tony. It would only be speculation to assume that its death affected Ridley's approach to the material. Nevertheless, we might as well speculate, because macabre sensationalism is a quality more often associated with Tony than Ridley. That quality permeates "The Counselor"'s final third along with an overwhelming sense of betrayal and grief. Throughout, there are elements which feel so mysteriously yet unmistakably Tony Scott that it's as if the director's spirit has taken over the movie. 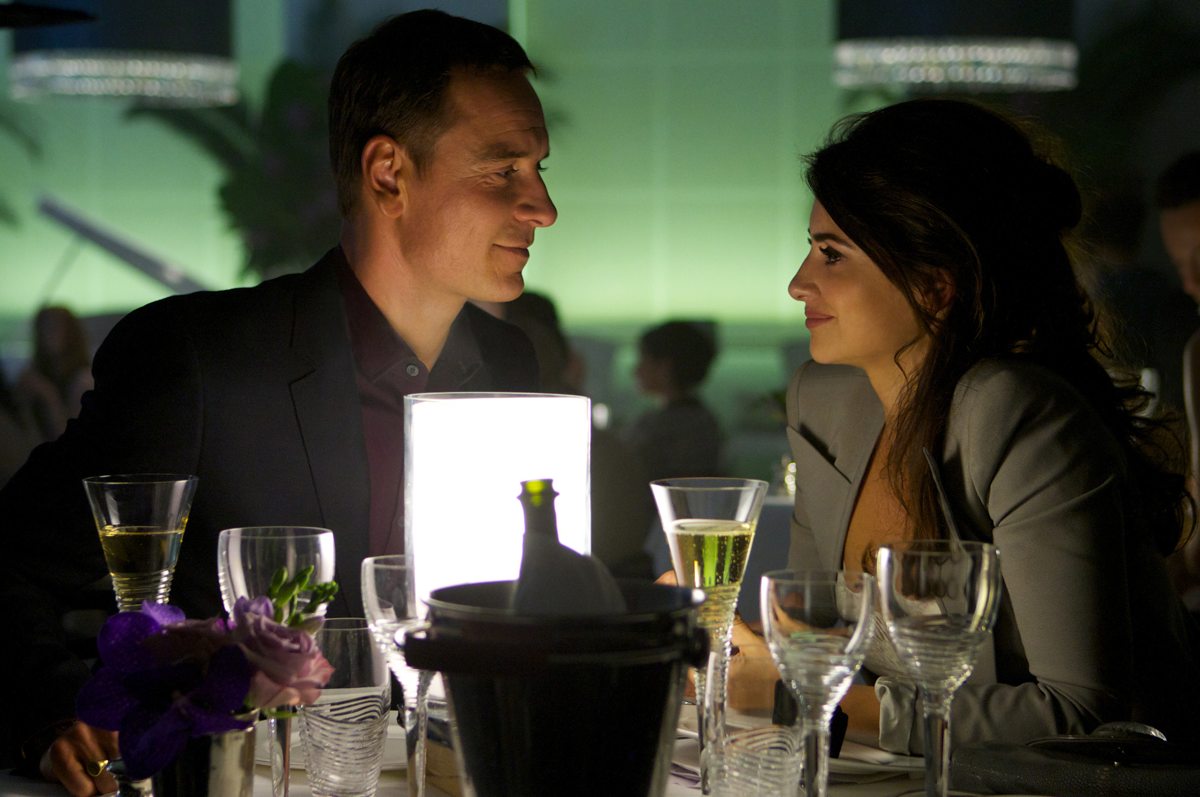 Each of the Scott brothers possessed qualities which the other could have used a bit more of. Tony's best films had too-tight closeups on actors but used them exceptionally well, and they were measured in how they modulated their action quotient on the way to their finales; these qualities are vividly displayed in his final movie, "Unstoppable." Ridley, on the other hand, has always emulated Kubrick to a fault. He's often accused of concentrating on a movie's production design and cinematography to the exclusion of its living components. You'd have to go as far back as 2001's operatic "Hannibal" to find anything close to the melodrama which suffuses "The Counselor"—and even then, there was an obvious reason for "Hannibal" to feel as it did: Scott was trying to match or exceed the wildness of Thomas Harris' novel.

One might say he's doing the same here with McCarthy's material. Scott's typical detached perspective is more than compatible with the crueler aspects of McCarthy's work. When a thug played by Sam Spruell executes the inciting incident in a plan to steal the three partners' product, the calculated installation of a nearly invisible wire across a desolate road, it is done with the precision and patience we've come to expect from Ridley. That scene's methodical approach to setting up the beheading that is to follow has a purpose; it cranks up the tension, yes, but it also introduces the clinical coolness of "The Counselor"'s surprise antagonist in the form of a callous professionalism reflective of Ridley's itself.

"The Counselor"'s overall aesthetic though is less in line with that of the rest of Scott's oeuvre. Perhaps because of McCarthy's script, a repulsive misogynistic streak runs through "The Counselor." This quality is associated less with Ridley Scott, who gave the world Ripley, Thelma and Louise and G.I. Jane, than with Tony. Notwithstanding the resilient women of "The Hunger" and "Domino," Tony's films were more often called out for abusing or demonizing women ("Beverly Hills Cop 2") when they weren't excluding them from the action ("Crimson Tide") or treating them as martyrs ("Revenge") or prizes ("Top Gun," "Days of Thunder").

The world of "The Counselor" is stereotypically Tony in this way. No woman can be trusted; we are told this in so many words by Reiner, Westray, and even the Counselor himself, who is at least a tiny bit aware that Reiner's lover Malkina (a wicked Cameron Diaz) may know more than she's letting on. A cheeky Natalie Dormer ("Game of Thrones") plays a blonde who sets Westray up for elimination by appealing to his self-admitted weakness for women. Rosie Perez plays Ruth, an imprisoned client of the Counselor's who offers him a blowjob in return for a $400 loan to bail out her jailed son. "How are you gonna cover the other $380?" he responds. ("Goddamn," quips Axel Foley in "Beverly Hills Cop 2," on seeing Brigitte Nielsen's character for the first time. "That's a big bitch.")

The capper is the bizarre anecdote Reiner spins for the Counselor about Malkina. It's an overheated yarn that Scott commits to celluloid in a flashback where the dealer recalls a night in which Malkina "fucked" his car. The Counselor asks the question for us, "How can she fuck a car?" Let's just say it involves a pantyless Diaz, skirt hiked up to her waist, legs spread wide across the windshield. 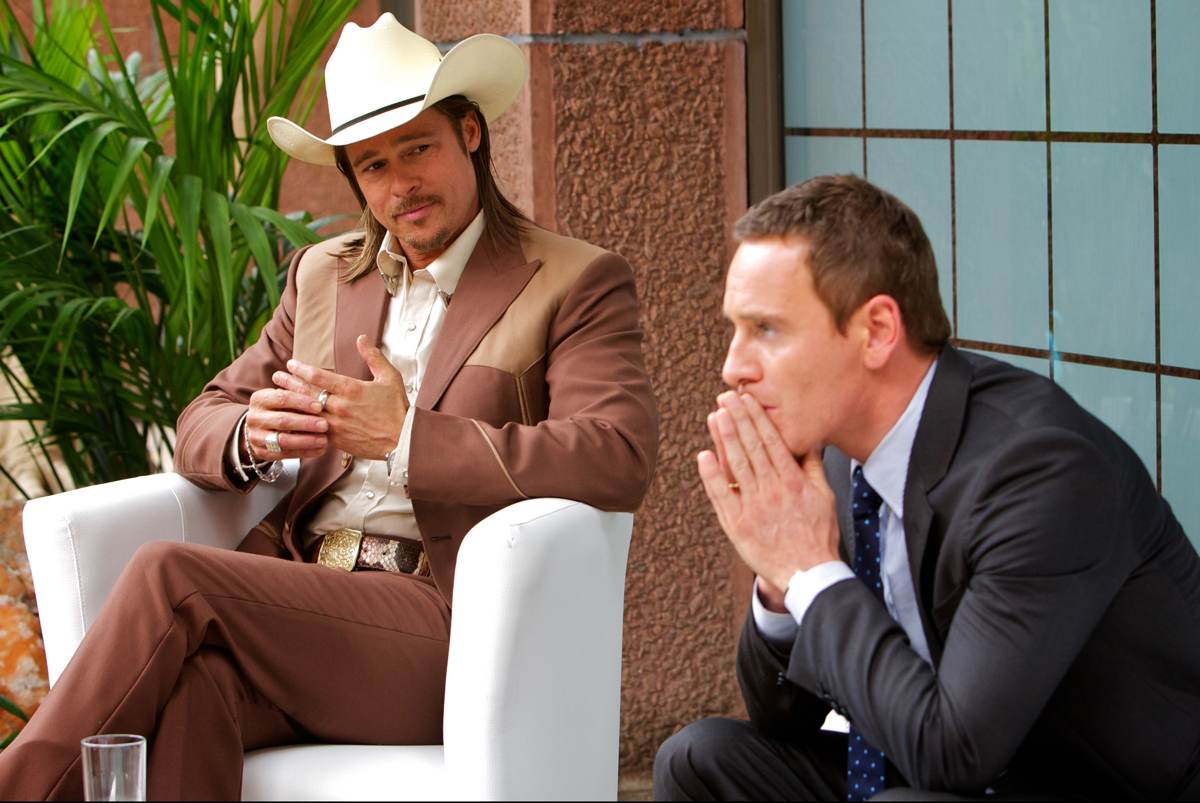 "The Counselor" is a special kind of awful. If it weren't so crass, it would be kind of funny. Is it meant to be deliberately nasty in the way Paul Verhoeven's "Showgirls" was? It has plenty of fine, albeit hammy, performances, particularly by the feline Diaz and the wild-eyed Bardem, that belie its trashy feel.

The movie's incoherence only confuses the issue. Ruben Blades, Bruno Ganz, and Edgar Ramirez appear in cameos to deliver cryptic philosophical monologues about life and mortality that provide texture but don't add up to anything. The scenes feel so disconnected from one another that it's as if two movies are playing out in parallel timelines but never converging. The timeline covering the cloistered world that the Counselor has reserved for Laura takes place in Ridley's austere landscape. The Counselor's monochromatic apartment, an icy white and steel concoction accented by Apple products here wouldn't appear out of place in the earlier, pre-xenomorph scenes in "Alien." But Tony's hothouse sensibilities stubbornly continue intruding, asserting itself more and more as "The Counselor" heads to its conclusion. This violently vulgar timeline in which Reiner and Malkina cavort with pet cheetahs is set in a saturated, sweaty world of raw pain and disgust.

The considerable relish with which Ridley approaches the brutal dispatch of a majority of "The Counselor"'s key characters is one thing. But the agonizing, debilitating grief that he inflicts on his protagonist is another. Maximus the gladiator, Ripley and, in their own way, Thelma and Louise, all managed to extricate themselves from situations in which they were nearly impossibly boxed in. Ridley callously denies Fassbender's passive Counselor, and indeed the movie's audience, any kind of satisfactory conclusion, perhaps an acknowledgment of the filmmaker's own unresolved feelings concerning the premature end of his close relationship with Tony.

There is precedent for this sort of thing. One is Roman Polanski's bleak 1971 adaptation of "Macbeth," the first film he made after his wife's murder at the hands of the Manson Family. By making that version of "Macbeth," which was grim and nasty even by that tragedy's usual standards, Polanski exorcised some of his demons on the screen. Considering the schizoid nature of Ridley Scott's new film it, it seems possible that Tony's sudden passing had a similar effect on "The Counselor."

Next Article: "Dark Blood": Death and the Maiden Previous Article: NBC Struggles to Find Life in Reboot of "Dracula"