The Captains: The Shat talks Trek

"The Captains" is available on Netflix, EpixHD.com, Amazon Instant Video, Vudu and DVD. It will screen on HBO Canada March 21.

What made "Star Trek" the most "durable and profitable franchise" in entertainment history? In his documentary, writer-director-producer William Shatner makes a convincing argument that it was "The Captains" -- they set the tone and they brought the theatricality and Shakespearean linguistic grace to TV. 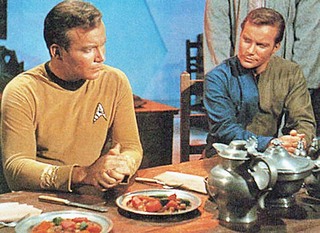 "The Captains," appeared in October, 2011, in Canada, had one-night screenings here and there across North America, and helped launch EpixHD.com. That all seems in keeping with Shatner's impressive role as a new-media barnstormer. No, he's not making political speeches, but he's on Google+ and Facebook, and he's traveling around North America promoting and preserving what may be his most lasting legacy, his role as Captain James T. Kirk. He's even returned to Broadway in a one-man show covering his career before, during and beyond "Star Trek." (Yes, "returned.") 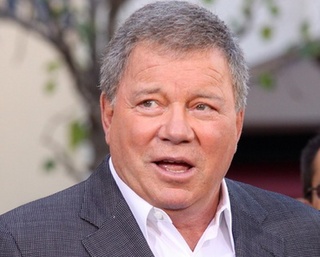 In Hollywood, people joke about the William Shatner School of Acting. He's corny. He's melodramatic. And he has a sizable ego. But he's really not a bad actor. We forget that before "Star Trek," Shatner seemed destined to become a fine stage actor. He first made the trip to Broadway from his native Canada in 1956 with a small part in "Tamburlaine the Great" in 1956. The production had two Tony nominations. He scored the starring role in "The World of Suzie Wong," which ran for two years. Both he and the female lead won Theatre World Awards for their work. In 1962, he was one of the main performers in "A Shot in the Dark," for which Walter Matthau won a featured actor Tony. All that momentum got sidetracked when he went Hollywood. 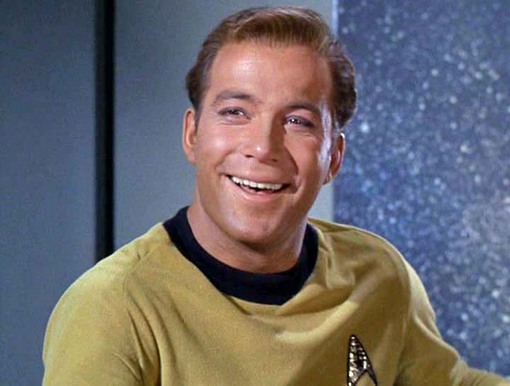 In "The Captains," Shatner recalls how Gene Roddenberry called him in New York about the failed "Star Trek" pilot ("The Cage," starring Jeffrey Hunter as Captain Christopher Pike) and offered him command of the USS Enterprise. Shatner advised taking a lighter approach to this space opera and in 1965, he was in the second pilot, "Where No Man Has Gone Before." Canceled in 1969, the "Star Trek: The Original Series" (TOS) develop a cult following in syndication that would eventually convince the studios to produce the movies: six with the TOS cast. 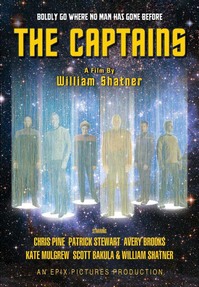 From there the franchise spawned other series: "The Next Generation" (TNG) with Captain Jean-Luc Picard (Patrick Stewart), "Star Trek: Deep Space Nine" with Captain Benjamin Sisko (Avery Brooks), "Star Trek: Voyager" with Captain Kathryn Janeway (Kate Mulgrew) and "Star Trek: Enterprise" with Captain Jonathan Archer (Scott Bakula). These four actors along with Chris Pine, who played a young Kirk in the 2009 re-boot, are the captains Shatner interviews. Expect some silliness and contrived situations, but not as much ego as one might have anticipated, making this less a vanity project than a present to "Star Trek" fans -- and you don't have to argue about Picard versus Kirk. (In the interest of full disclosure, I'm a TOS fan and recently scored as 49 percent Picardibility, 47 percent Janewayosity and 34 percent Kirkness. Siskosity was not rated.) 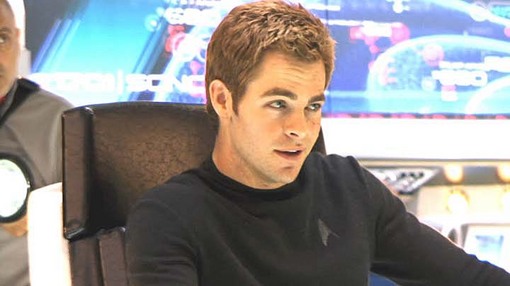 For these interviews, the 80-year-old Shatner starts in Canada and visits Oxford, UK, Los Angeles and New York. We see how the estimation of the captains rose and how the personalities of the actors formed the kind of captains they would play. All except Pine have performed on Broadway. The moments between Shatner and Pine are the dullest. Don't you wonder what Pine felt about Kirk and the Shatner School of Acting? No answer here. Shatner does display some playful manliness against the younger version of his Kirk with some arm wrestling. Yet the visual comparison is most striking: A healthy older man with a thickened waist and short hair walking next to a slim tall youth with thick hair on a sunny Hollywood sidewalk. Kirk has gone Hollywood. 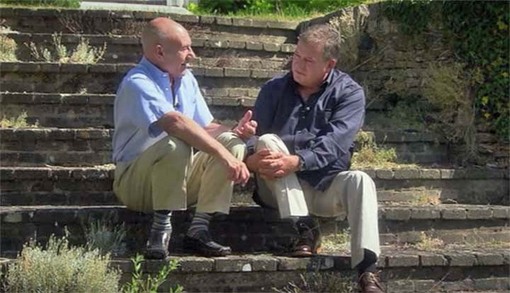 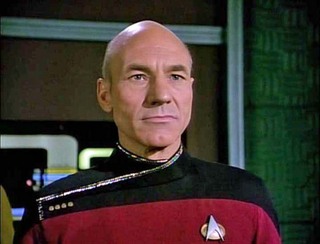 Let's be fair though (if you want to unkind you could say Pine's version of Kirk in J.J. Abrams' "Star Trek" was more like action over acting). Pine only had one turn as Kirk and has won awards for work on L.A. stages. The others had years of experience as "Star Trek" captains and were confined to the daily grind of a TV series schedule. That huge cultural difference between theater and TV shook Stewart when he became the next captain. Stewart recalls being too nervous and feeling out of his depth. "I was just scared and exhausted all the time," he tells Shatner. He couldn't stand the lax attitude of his fellow actors, and he upbraided the cast, declaring, "We are not here to have fun," an incident the TNG cast members won't let him forget. Stewart confesses, "The one thing that I took away from my 'Star Trek' experience...for the first time in my life as an actor my fellow actors showed me how to do good work and have fun at the same time." Here Shatner sets the tone: Later, he refrains from asking Jonathan Frakes about that awkward moment. 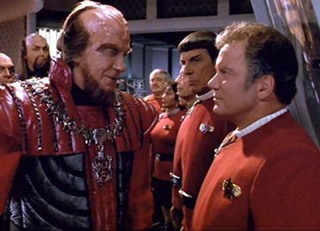 Shatner avoids some potentially embarrassing situations for himself. He doesn't invite comment from his frenemy and fellow social media self-promotional master George Takei which might lead to some "Oh my" moments. TOS fans will be disappointed that "The Captains" also doesn't include Shatner's pal Leonard Nimoy, who last year made his final convention appearance. Technically both men played Star Trek captains and Shatner does include commentary from cast members of the other series (e.g., Frakes, Rene Auberjonois and Robert Picardo) about their captains. Yet this also makes the documentary less about Shatner and more about all the other captains. 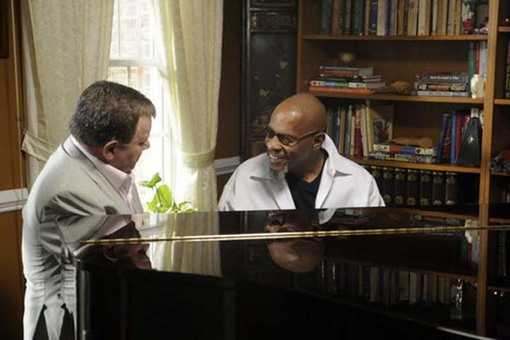 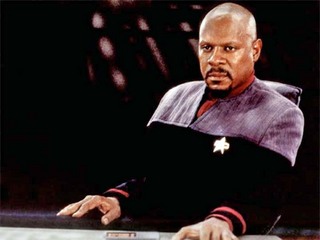 Avery Brooks is the most slippery subject, but Brooks played Sisko, a family man instead of an adventurer. The intensely private Brooks has been married for over 30 years to the same woman and has a master's degree, making him the captain with the highest education and the most successful domestic life. Although the interview is somewhat incoherent, Shatner makes the footage entertaining. Unlike Shatner, Brooks also has a respectable singing voice, as does Scott Bakula. It might have been fun to see Bakula and Brooks together, but Shatner interviews Brooks in New Jersey and Bakula in Los Angeles and through these one-on-one interviews you get more of a flavor of each person as an individual. 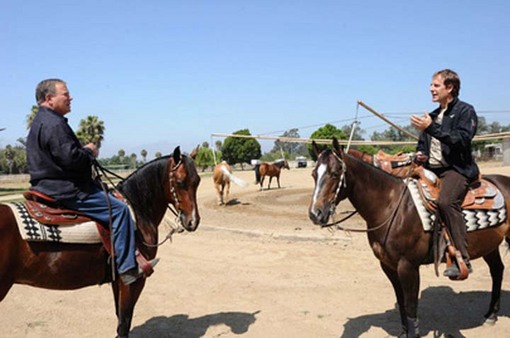 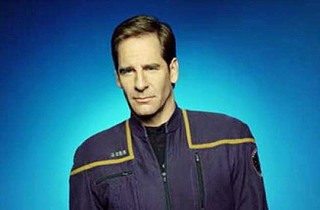 Bakula's Tony-nominated performance in a musical is what led to his casting in "Quantum Leap" almost a decade before his service to the Starfleet as Captain Archer. Bakula comes off as a regular guy with some aw shucks humility. He's even game for interviews on horseback, a reminder that Shatner is well-known in the equestrian world. 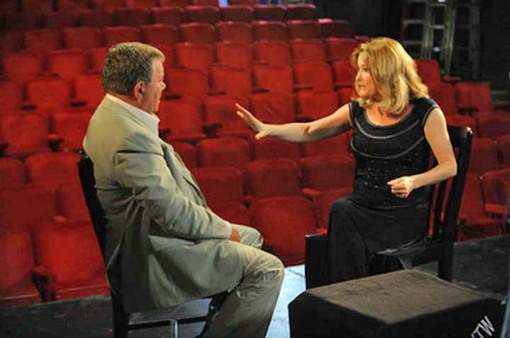 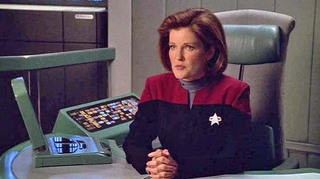 For Mulgrew, Shatner arranges a meet-cute on a Broadway sidewalk. He's sitting in a large cardboard box; this is both funny and poignant -- Shatner was once homeless after "Star Trek" typecasting left him out of work. Mulgrew plays along, but once inside a theater, face-to-face with Shatner, she's a fierce presence with a gaze like a phaser on stun. If there was a stare off between these captains, I'd pick Mulgrew to win. She has the unwavering stare of a woman who expects to be in command and revels in how she fooled her father into unwittingly financing her initial foray into acting. It's Mulgrew who comments that the "Star Trek" dialogue "might was well be Shakespeare because it is highly stylized."

When you really think of it, the real captain of this enterprise is Gene Roddenberry. He's the one who set the tone for this franchise by selecting a rising Shakespearean actor to be his first captain. Shatner's theatricality created a character that has endured and allowed the franchise to live and grow. 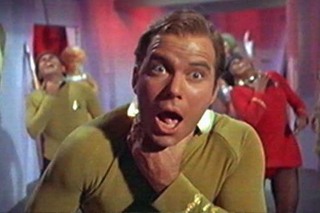 In between the interviews are snippets of Shatner at "Star Trek" conventions, a reminder of how much a part of the American culture this franchise has become. If there was a curse of being typecast in their post "Star Trek" lives, these captains have all come to terms with it, speaking fondly of how they each presented a different aspect of captaincy and command in the United Federation of Planets. The five (Shatner, Stewart, Brooks, Mulgrew and Bakula) created believable, multidimensional characters who lived and breathed in our imaginary future. Of the six, only Shatner could have pulled off these interviews and I'm glad he did.

Although "The Captains" doesn't cover all the Starfleet captains, Shatner gives us insight into the differing personalities of those who charted the course of the TV series, reminding us of their achievements before and after their time in the captain's bridge, and how they changed "Star Trek" and "Star Trek" changed them. 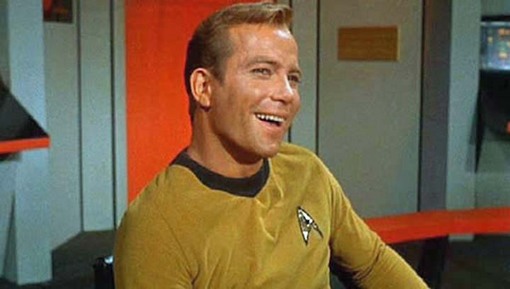