Three highly-promoted new programs premiere on the broadcast nets on Sunday night—FOX’s comedy “Last Man on Earth,” CBS’s buddy cop show “Battle Creek,” and ABC’s thriller “Secrets and Lies.” Which one will soon take up residence in the Season Pass Manager in your DVR? Which one will become your new TV obsession; something to live-tweet about or even hate-watch? Which one will still be on when the Midwest finally thaws? Sadly, and this is a refrain you’re going to hear from me again next week when I hit “CSI: Cyber” and “American Crime” too, none of these new programs stand out as anything particularly special. Unless you count further leading to the erosion of viewers from network TV to cable and streaming services as something special. 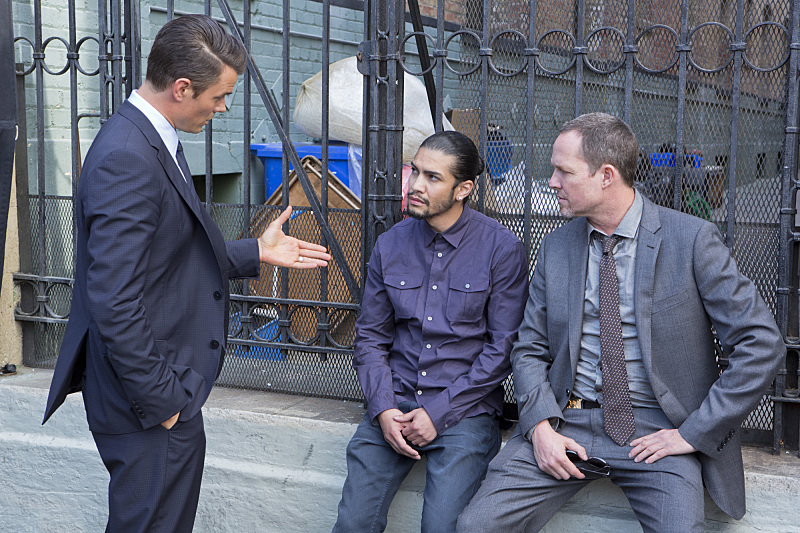 That’s a little unfair to the best of the three, “Battle Creek,” created by Vince Gilligan (“Breaking Bad”) and David Shore (“House”). With engaging lead performances by Josh Duhamel and Dean Winters, along with a crisp, witty script, the premiere of “Battle Creek” is entertaining, it just doesn’t feel as essential as the previous programs from its creators. It’s a show that I may dip in and out of for as long as it stays on TV—not unlike escapist stops I’ve made on “Castle” or “Bones”—but it’s missing that spark of energy that we simply need in today’s crowded landscape to dub something must-see TV.

The great Dean Winters (who deserved more attention for his work on HBO’s “Oz” but will probably forever be known as the Mayhem guy from those insurance commercials) stars as Detective Russ Agnew, an old-fashioned cop in Battle Creek, MI. Agnew is beset upon by the common problems of being a police officer in a city big enough to have actual crime but small enough to not have the budget to fight it. In the opening scene, Agnew steals a video camera from a dance recital to try and run a sting, ends up having to use a baby monitor, and really falls in it when the batteries in his Taser go dead. They need new equipment—“New to this world, not just new to this precinct.”

Agnew gets new “equipment” in the form of a highly efficient Special Agent to the FBI named Milton Chamberlain (Duhamel), who opens a field office in the police station, hand-picking the polar opposite in Agnew as his partner. Yes, this is essentially a 2015 version of “Dragnet.” Milton is the overly polished, highly technical officer of the law, the one who waits for DNA evidence and uses modern crime-solving techniques. Agnew is the cop who pays informants and plants evidence to get the guy he’s convinced did the dirty deed. Milt is charming to everyone but Russ. Russ is abrasive but effective. They’re two well-drawn, interesting characters, and they’re well-played by Winters and Duhamel, who are ably supported by Janet McTeer, Kal Penn, and more. This is solid escapism.

So, why isn’t it more fun? I think a lot of the success or failure of a show like “Battle Creek” comes down to the chemistry between its leads. The way Stana Katic and Nathan Fillion riff off each other on “Castle” is the reason that show works. And so that relationship is going to take time to develop on “Battle Creek.” While Duhamel and Winters are both well-cast, one episode is too few too decide how much audiences are going to enjoy their rapport week in and week out. A year from now, their oil-and-water routine could be stale or could have been refined into something great. There’s just no way to tell after one episode. I will say that “Battle Creek” passes the ultimate pilot test—I’ll watch it again next week. 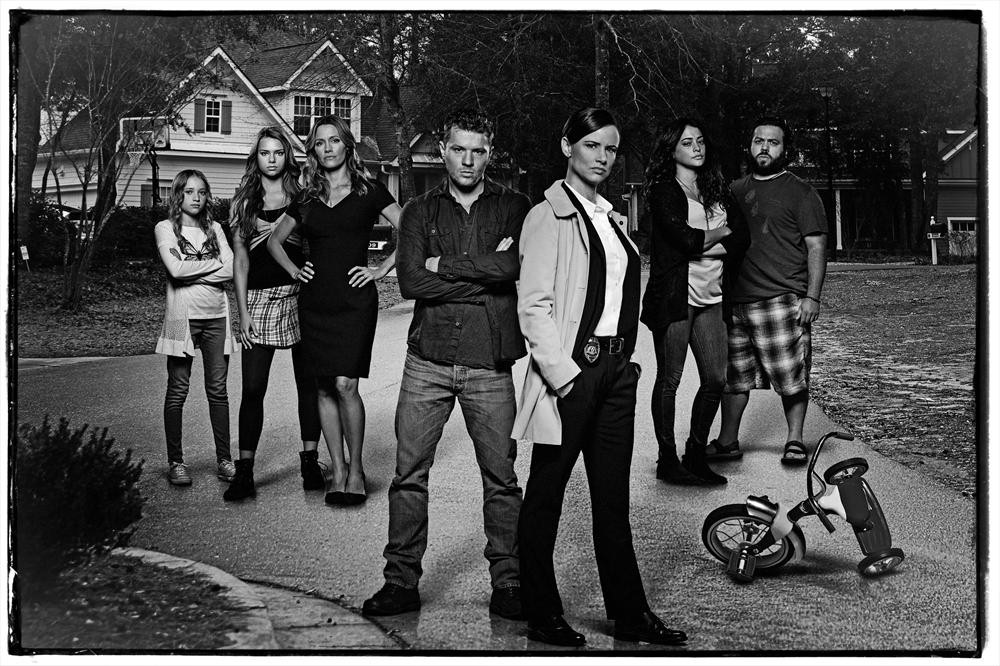 A show that I will not watch again after the two episodes available for press is ABC’s “Secrets and Lies,” a network attempt to capitalize on the success of murder mystery programs like “The Killing” and the success of “Serial” and “Gone Girl.” We love shows about domestic tranquility shattered by, well, secrets and lies. After a relatively strong premiere, ABC’s thriller quickly becomes overheated, overwritten, and generally convoluted garbage. By episode two, there may be an epidemic in emergency rooms of people having rolled their eyes so much that they got stuck in that position. There’s a bit of timing involving a revelation and a TV news broadcast that most “Days of Our Lives” writers would call unrealistic. It’s a product of the high pace needed to keep audiences hooked in 2015 as it was clearly dictated to the writer’s room that they needed to be constantly building mysteries, revelations, and soap opera twists, at the expense of sanity and logic.

Ryan Phillippe stars as family man Ben Crawford, who discovers the dead body of a neighborhood boy on his morning jog through the woods. As is often the case, the person who finds the victim is often the first suspect, and so the police, led by Detective Andrea Cornell (Juliette Lewis), neighbors, and journalists descend on the Crawford house, picking apart his privacy as they try to determine if Ben actually had something to do with the death of Tom Murphy. The idea that the spotlight unearths skeletons might have made for an interesting mystery/thriller but that’s not this show. No, the writers of “Secrets and Lies” aren’t concerned about the ripple effect of crime or even suspicion as much as they are about piling twists on twists on twists. And they do so in the most blatantly manipulative, soap opera ways possible with characters who exist purely as plot devices.

As for performance, Phillippe actually isn’t bad here but he often looks like an actor drowning in material he knows doesn’t work. On the other hand, Juliette Lewis dives right into the soapy nonsense, gritting her teeth and playing the tough cop role in a way that just doesn’t suit her or the material. She needed to take a more curious, investigative, but tough approach a la Kim Dickens in “Gone Girl,” to try and ground this thing in something that feels more realistic than “Falcon Crest.” 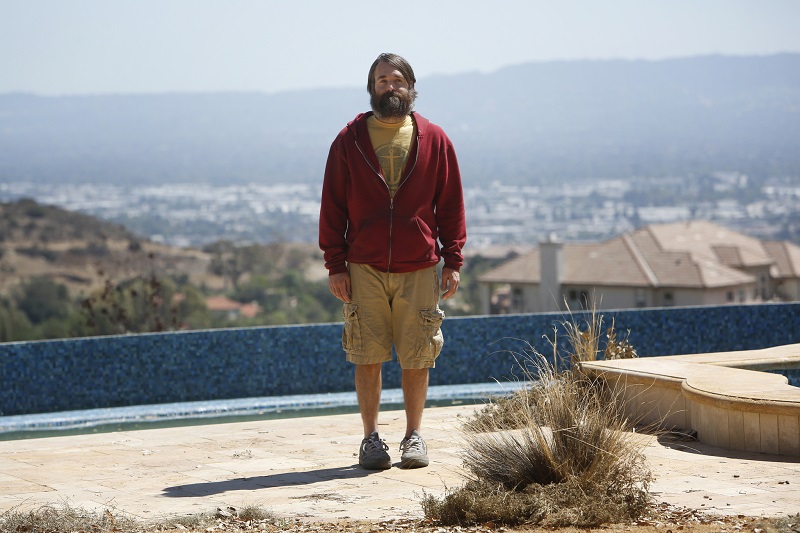 Totally different and nowhere near as annoying is FOX’s unusual “Last Man on Earth,” the last of the three new shows debuting Sunday night and an undeniably unique entry for broadcast TV. This feels way more like something that FX, the home of quirky comedies like “Wilfred” and “Man Seeking Woman,” would have tried a few years ago. It’s high-concept, strange, and, again, hard to judge having seen only the first night of what it has to offer in back-to-back episodes. I admire its black swan quality in the way it doesn’t resemble anything on else on network TV but the first two episodes are more strange than funny. And it’s a concept I’m not sure can be carried over a season, much less multiple ones. It might have been a stronger feature film.

It is 2020, two years after the annihilation of the human race at the hands of some undefined virus. Only Phil Miller (Will Forte) remains alive. He travels the country in the opening scene via bus, looking for anyone with whom to spend his remaining days. Why there are no bodies is never explained—perhaps the virus simply combusted the rest of humanity. But Phil discovers he is truly the last man on Earth, and returns to Tucson to live out his days drinking, playing, and doing whatever he wants. Of course, the end of humanity leads to the end of things like running water, fresh food, and sexual partners, which means it’s not long before Phil goes a little crazy.

Written by Forte and directed by Chris Miller and Phil Lord (“The Lego Movie”), “The Last Man on Earth” has a unique, committed comic sensibility. But the pacing of the first hour is a little slack, as Forte returns to the same comic well a few too many times before an inevitable twist gives the second half a different energy. Again, I hate having to form an opinion on “The Last Man on Earth” on two episodes that really play as one extended series premiere. I like Forte and Miller/Lord are definitely a talented team, but when “Last Man on Earth” ended, I kind of didn’t care where it was going and wasn’t sure I would watch again.

It’s interesting to me to see how independent film and TV have intertwined in that “Last Man on Earth” feels distinctly like the set-up for a feature comedy that might premiere at SXSW next month. And maybe that’s where it should have stayed.