"Guilty Pleasures" (60 min.) premieres on the PBS series P. O.V. on Thursday, July 12 (check your local listings). The DVD is available for pre-order on the PBS website. It will stream on the POV's website July 13-Aug. 12. 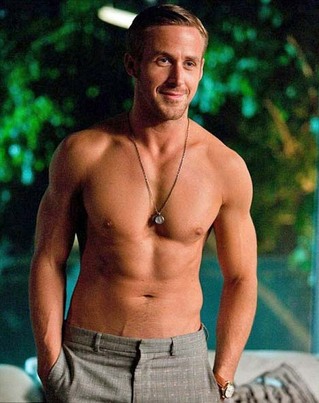 "Guilty Pleasures." A documentary. About romance novels. She didn't watch documentaries. She didn't read romance novels. When she agreed to join him for what he called "movie night" ("I'll show you something you've never seen," he had said lasciviously), this is not what she signed up for. Her inner goddess yearned for a shirtless Ryan Gosling.

"Here," she offered, unsnapping "Crazy Stupid Love" from its DVD case. Suddenly, like a coiled snake, he lunged, grabbed the disc from her trembling hand and flung it against the wall, sending it spinning, spinning.

"No documentaries," she protested.

"No documentaries," he mocked her. "Anything else you object to?"

What would happen next? Anticipation hung heavy over her head like a dark tropical storm cloud. Her inner goddess was poised to dial 9-1-1. For the moment, he sat on the couch, his gaze intent, his sweatshirt flecked with 50 shades of food stains, his hand fumbling in a bowl of Scoops. "Alright," she finally succumbed, "We'll watch 'Guilty Pleasures.'"

"All in good time," he flashed a devastating smile, "but first I want you to become well acquainted, on first name terms if you will, with my favorite and most cherished tool." He opened his hand slowly to reveal his long, glistening remote.

She realized she was drowning in uncharted waters, with no lifeguard on duty. She squirmed in her seat as he masterfully manipulated the remote to turn on the TV. "And he's turning me on as well," her inner goddess groaned.

"Keep still," he ordered, and with that, the program began. 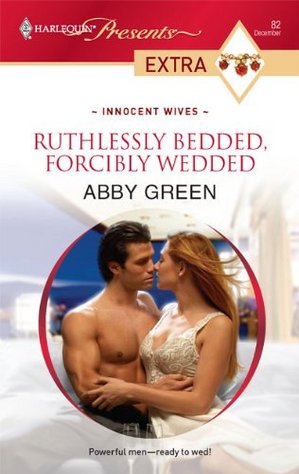 "Guilty Pleasures" was about Harlequin romance novels and the people who write and live for them. This was a world unknown to her. Yes, she knew of romance novels, had seen them for sale at the airport, seen women reading them at the beach or by the pool. But never had she experienced for herself these breathless stories of no holds barred romances, tall, dark, and reckless alpha males, silky and diaphanous underwear and inconvenient affairs. Never had she read a book with a title like "Ruthlessly Bedded, Forcibly Wedded."

But apparently she was in the minority. According to "Guilty Pleasures," every four seconds a romance novel from the UK company Harlequin Mills & Boon is sold somewhere in the world. They come in all genres, including modern, historical, and "blaze," which are more contemporary, edgier, and "a little more outspoken," as one author notes with typical British understatement. 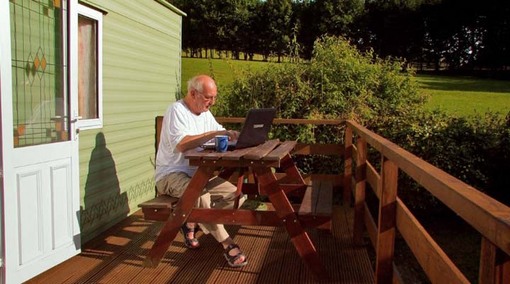 That author was one of the first of the film's several charming and touching surprises. He is Roger Sanderson, a bald-headed grandfather type, who, it turns out, is a prolific Harlequin author who writes under the pen name of Gill Sanderson. The soft-spoken Brit types out his steamy stories in a nondescript suburban block. He takes pride and pleasure in his work, proudly noting that 15 people have checked out one of his tomes at the local library. "That pleases me, I hope you all enjoyed it," he smiles, addressing them through the camera.

He doesn't seem the type to compose sentences like "He bent to take her hard-pointed breast into his mouth." These days, he observes, "sex scenes don't dissolve anymore (into dot, dot dot)." 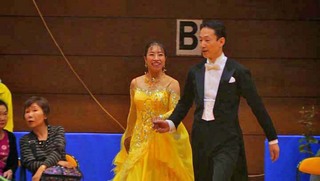 Who reads these things, she wondered? "Guilty Pleasures" spends quality time with a cross-section of readership. including Hiroko, a married Japanese woman living her own Harlequin fantasy (albeit unrequited) in the arms of her ballroom dance instructor. "It was love at first sight," she proclaims. Shirley, the type who gets teary-eyed buying a valentine for her beloved husband (who is more into crime books and manuals himself, but has something of a dark side), yearns for her life to imitate art. "In a romance novel," she states, "there's always excitement going on. Will I have some of that adventure?" 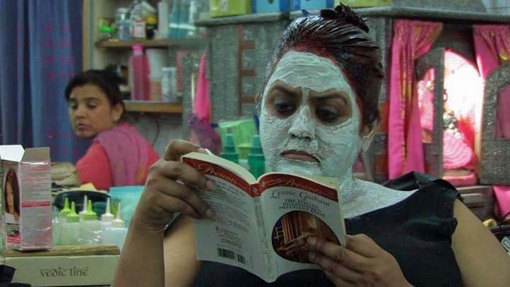 And then there's Shaumita, an Indian woman separated from her husband, for whom Harlequin novels provide a "buzz," although she is level-headed enough not to expect a knight in shining armor to save her.

By this time, she had warmed to "Guilty Pleasures." "Oh my," she thought, "I didn't know it could be like this, didn't know documentaries could be as good as this." Her inner goddess was hopping from foot to foot. Perhaps she had to use the bathroom. 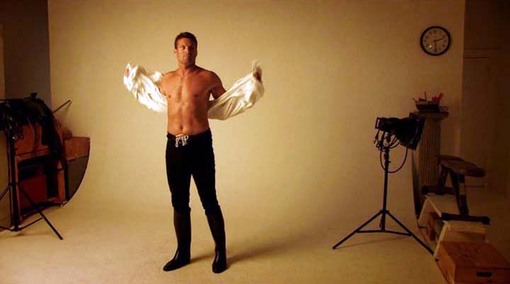 What she liked most about "Guilty Pleasures" was that its subjects were treated with affection and respect with nary a trace of snark or ridicule. Except, perhaps, in the case of Stephen, the American model who has graced more than 200 Harlequin covers ("I'm a cowboy a lot," he notes.). With his beefcake looks and so-called "vision board" charting his life goals, he makes Zoolander look like Christopher Langan ("Google it," she commanded her puzzled inner goddess).

But even Stephen eventually won her over as he lamented not being able to find a soul mate of his his own.

She came to agree with Sanderson, who observes at one point that the Harlequin world "is nicer than the real one," with lovers triumphing over trials to reach their happy ending. "There's nothing wrong with a happy ending," he states. 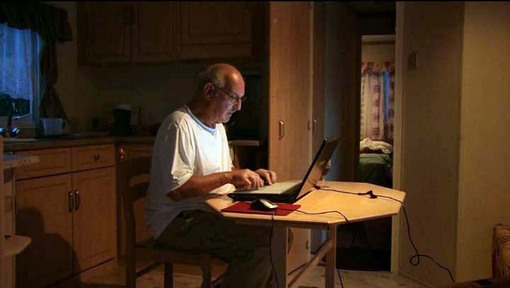 And then in perhaps less time than it might take to read a Harlequin romance, the program was over. She felt an exquisite joy unlike any she had ever known, had ever dreamed possible. "Again," she moaned. "I want to watch it again."

"You've really got a taste for this, haven't you," he murmured. "You're becoming insatiable."

"Later," he growled, roughly grabbing her by the shoulders and pulling her back on the couch.

"Are there any more Scoops?" her inner goddess asked.

...with apologies to E.L. James