FX Looks For Next Drama Hit in "Tyrant," "The Bridge," "The Strain"

FX has had one of the best half-years of their existence, riding near universal critical acclaim for "The Americans," "Fargo," and "Louie" (and let’s not forget "Justified," a bit off its peak but often great). It makes sense that the network would try to use this position to continue to build its following, in much the same way that Showtime used the final season of "Dexter" and the immensely popular "Homeland" to propel new shows "Masters of Sex" and "Ray Donovan" into the pop culture ether or how HBO strategically planted "Silicon Valley" on the same night as proven hits "Veep" and "Game of Thrones," and created a third hit in the process. So, what’s FX’s next act? Big names, big concepts, and big budgets across three summer dramas—"Tyrant," "The Bridge," and "The Strain." The results are mixed. None are in the league of "Fargo" or "The Americans" but the two new shows are promising and the second season of "The Bridge" continues to provide one of the season’s best performances, even if it appears the program may be entirely lost overall. 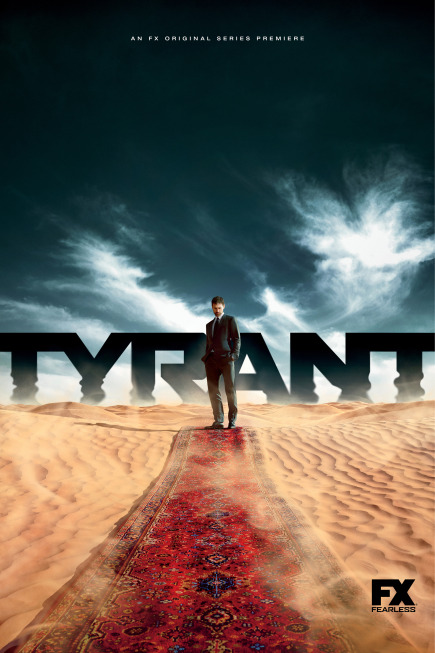 With a pilot weighed down by a tumultuous production process that once included Ang Lee as the show’s director (replaced by David Yates), "Tyrant" is arguably the most ambitious new show of the season on any network but the narrative’s potential is often wasted on thin characters and a real lack of political context, especially in the series premiere. The program improves notably over the next two episodes, directed by Michael Lehmann, and shows signs of being a story that might not be one we can fully assess until well into its run but that’s a tough sell in today’s overcrowded market. Asking viewers to commit to something that MAY pay off in ten weeks is a risky programming move.

"Tyrant" is essentially a Middle Eastern variation on "The Godfather" as it centers on a son drawn back into a world of violence that he has tried hard to avoid. Khaled Al-Fayeed (Nasser Faris) rules a fictional country named Abbudin with an iron fist. Clearly modeled on real-life dictators, Al-Fayeed has earned loyalty and dissension in even doses through his tyranny. He also lost his son, Bassam (Adam Rayner), who left for Los Angeles two decades earlier, changed his name to Barry, married a lovely woman named Molly (Jennifer Finnigan), and had two very American children (Anne Winters & Noah Silver). He reluctantly returns to Abbudin to attend his nephew’s wedding.

Bassam finds a country in greater tumult than he imagined. His father claims to have changed but his brother Jamal (Ashraf Barhom) has risen to the stereotype of the dictator’s son. Jamal is introduced having violent sex with his mistress and the broad characterization doesn’t stop there. He’s the kind of character who pulls up in an open-top sports car with Aerosmith playing. Because he’s a live wire, right? The characterizations of the "bad son" and the "good son" in the premiere of "Tyrant" are depressingly shallow. However, the premiere ends with a nice twist and indication that those first broad strokes may be designed as extremes in the first episode to counteract them as the series goes on. Is "Tyrant" about a maniacal son who becomes a leader and a family man who becomes a maniac? There are hints that Bassam didn’t just leave because he wanted to avoid his father but because he was concerned he might become him. Both Bassam and Jamal feel deeper and more interesting in just the second episode.

However, many of the frustrating elements of the premiere remain. Most of the political background of "Tyrant" feels like set-dressing. This is an American soap opera in a new setting, not an actual examination of the way dictators and politics work on the other side of the world. The cast, and the potential arc of the well-performed lead, will keep audiences interested but this show needs to be more engaging on an episode-to-episode level soon or they’ll move on. 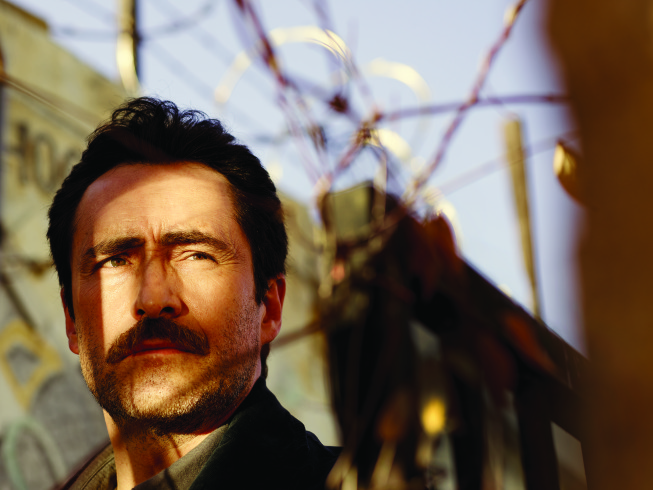 Response to the first season of "The Bridge" was understandably mixed but I found the mystery at the heart of the show engaging and not a bad word can legitimately be said about Demian Bichir’s great work. Bichir’s still very good at the start of season two but the writing has lost almost all of its focus, switching from a mystery series to a piece that tries to capture the dark edge of crime on the U.S.-Mexico border and gets muddled along the way. There’s not enough urgency to the start of the second season of "The Bridge" as the show now feels like the second season of "The Killing," a program that started with a mystery and got lost in its own storytelling.

The focus is still on El Paso police officer Sonya Cross (Diane Kruger) and her Mexican counterpart, Marco Ruiz (Bichir), who is a shattered man after the action of the first season. Faced with unimaginable grief and the continual corruption of his profession, Ruiz seems to have little reason to go on. The writers make a crucial mistake in allowing Ruiz to stay in this character limbo, losing the magnetic core of the show. And Sonya’s arc, in which she meets a man with unexpected connections to her past is dramatically ineffective. It also feels like a tragic mistake to bring back most of the supporting characters from season one, including the annoying Daniel Frye (Matthew Lillard), Adriana Mendez (Emily Rios), Charlotte Millwright (Annabeth Gish), and Steven Linder (Thomas M. Wright). Characters who added depth to the ensemble in season one feel rehashed in season two. The only thing that registers at all about the first two episodes is the arrival of Franka Potente as a new villain. Covered in tattoos and coolly malevolent, Potente is an interesting bit of spark for a series desperately in need of some fire. 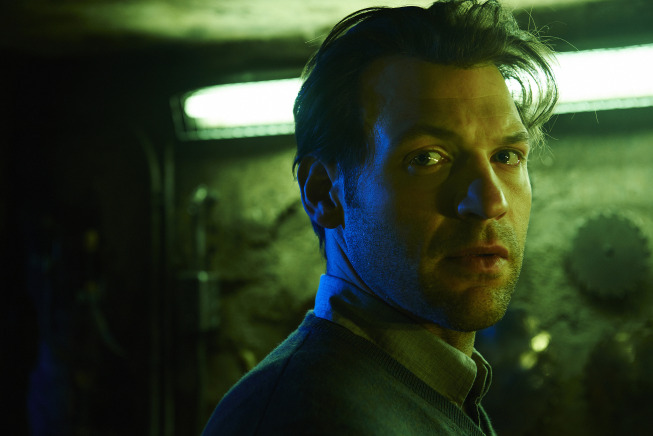 Which brings us to the most high profile new FX series of the season, a horror offering from the great Guillermo Del Toro, who directs the pilot and produces the 13-episode drama that plays like an amalgam of GDT’s "Mimic," "Cronos," and a bit of Joss Whedon’s "Angel." The premiere is fantastic; a must-see for those willing to handle the gore. Sadly, the wheels start spinning in subsequent episodes as the show lacks the urgency needed to carry its arguably silly subject matter. The cast is great throughout and production values are high but it feels like something that might have worked in a shorter form—8 episodes or even a film—and has been narratively stretched to meet the order for a season.

Back to that opener. A flight attendant on a flight from Berlin to JFK hears something in the cargo bay. Something loud. Something angry. Something coming up. Cut to the plane, landed but silent. Everyone on board appears to be dead. And the plane is cold to the touch. CDC team head Dr. Ephraim Goodweather (Corey Stoll) is pulled from a custody hearing to lead the investigation and boards the plane with his partner Nora Martinez (Mia Maestro). They find dozens of cold, lifeless bodies, and four people still moving. The survivors are quarantined and investigation begins into what happened on that plane. And what’s still happening to those survivors and possibly more in New York City.

At its best, "The Strain" reimagines classic horror archetypes in the context of modern fears. Using our current era’s awareness that a biological outbreak could be our downfall, Del Toro and co-writer Chuck Hogan recast the concept of the vampire in the clothes of a virus. It make sense. If you’re bitten by a bloodsucker and become one, you’ve caught his "disease." What was in the hull of that plane? What does it want? How will the city be changed? And what does the one man who seems to have the knowledge to stop it (the great David Bradley) have to do to get the government’s attention?

I found "The Strain" most enjoyable on its edges. Kevin Durand (in a role originally conceived for Ron Perlman) steals scenes as a Russian exterminator. Richard Sammel exudes creepiness as a lieutenant for the underworld (very reminiscent of the Powers That Be from "Angel"). And every scene in which David Bradley gets to take center stage works. It’s the central narrative that starts to dull over the course of the first four episodes. The four survivors become central to the storytelling and I didn’t care about any of them. That may change and I’m assuming the story has to intensify but I sometimes felt like episodes 2-4 could have been condensed into one. They lack the urgency and craftsmanship of the premiere. However, I’m invested enough to give the show time to get it back.