Creator/writer/director Ryan Murphy is back with the fifth installment of “American Horror Story,” premiering this Wednesday, October 7th under the banner of “American Horror Story: Hotel.” The first installment in 2011 felt like a breakthrough, a new way to examine horror on cable television, with a fantastic supporting performance from Jessica Lange and subtle commentary on the way a city like Los Angeles has been built on a bedrock of ghosts. In that sense, “Hotel” sees Murphy and co-creator Brad Falchuk going back to the beginning, although they’ve brought in the increasingly insane style that has made each installment of “AHS”—“Asylum,” “Coven,” and “Freak Show” preceded this one with diminishing returns—a little less satisfying. With each “American Horror Story,” Murphy & Falchuk seem to feel a pressure to top themselves, valuing gore and shock value over character, plot, sanity, etc. At times, the season premiere of “Hotel” nearly feels like a parody of “AHS.” It’s the most insane premiere episode to date. However, that aesthetic approach has some value of its own. You’ve certainly never seen anything like some of the things you’ll witness in the first episode of “Hotel.” And that’s what Murphy and team want. They’re pushing boundaries. Screw your need for normalcy. You can get that anywhere. And, on that level, “Hotel” works. The question of quality comes down to the tolerance you have for style over substance.

“American Horror Story: Hotel” pays homage to “The Shining” almost instantly as two new guests at the creepy, “Barton Fink”-esque Hotel Cortez even encounter a pair of creepy kids in a long, fish-eyed-lensed hallway. That’s after they see a maid (Mare Winningham) cleaning bloody sheets, and before they smell something awful in their mattress. They cut it open to reveal something even more terrifying than the urban legend of the odorous bed to which Murphy is clearly paying homage. Before he even gets to the credits, Murphy is pushing reason and expectations aside. And he certainly doesn’t stop from there. 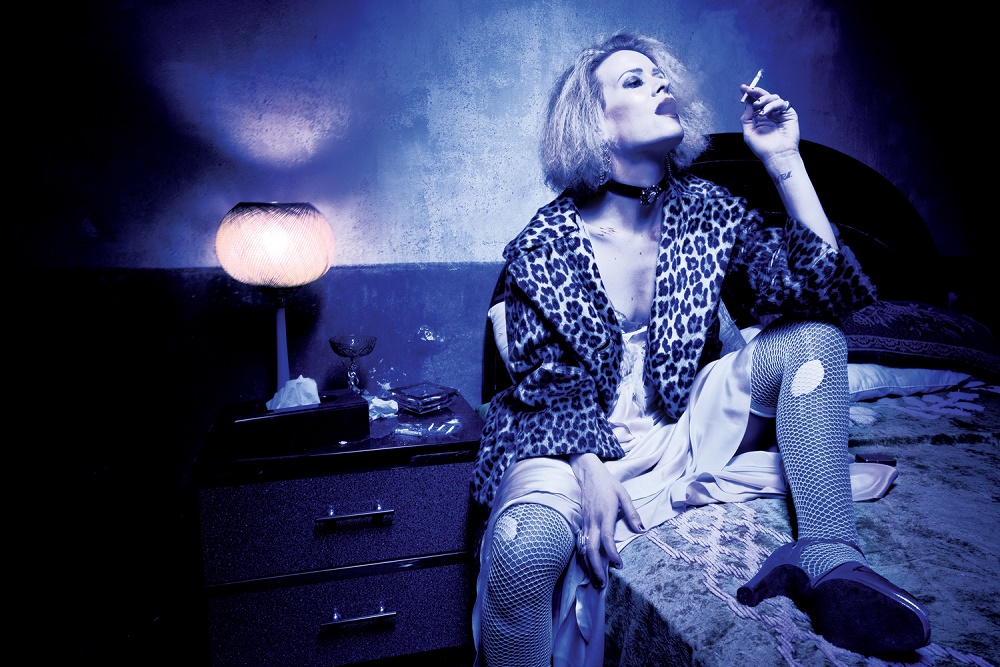 We then meet Detective John Lowe (Wes Bentley), the man who it seems will be our primary eyes into this crazy world (although you can never take anything like that for granted in “AHS”…he could be dead in a week). Lowe is called into a case in which a man’s tongue and eyes have been removed while he was having sex, and the corpse of the woman with whom he was procreating is still on top of him, and he’s still, well, inside her. We then cut back to the hotel, in which it’s revealed that not only are our two guests from the pre-credits sequence basically prisoners of the hotel manager Iris (Kathy Bates), but that there’s even crazier shit going down at the Cortez. How crazy? A junkie (Max Greenfield) checks in to get a room for a fix, shoots up, and is quickly beset upon by a gimp-like creature from a closet who proceeds to violently rape him. Time runs backwards on a clock and Sarah Paulson enters in a leopard-skin jacket, saying things like “The more you scream, the more he likes it.” See what I was saying about it being virtually an “AHS” parody? It’s kind of like watching someone try to turn a Lady Gaga video into a narrative. 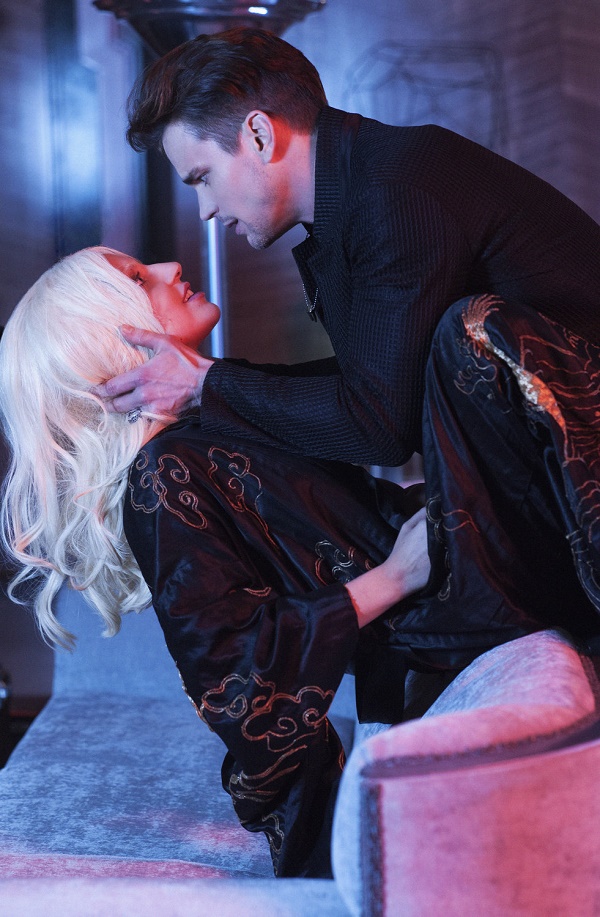 And so it makes perfect sense that Murphy and company hired Mama Monster herself to play The Countess Elizabeth, the mysterious woman in charge of the Cortez, aided by her partner Donovan (Matt Bomer). The second act consists almost entirely of Gaga and Bomer picking up a couple, taking them back to the hotel for a graphic foursome, and, well, I won’t spoil it, but the whole thing is set to “Tear You Apart” by She Wants Revenge for a reason. No dialogue, pure imagery and music—and it’s the best thing about the premiere. “AHS” regulars Evan Peters and Angela Bassett will appear in later episodes, while Chloe Sevigny co-stars as the cop’s wife and Denis O’Hare plays a man in a dress named Liz Taylor. Not like “AHS” fans need a lot of convincing to watch a new installment, but those last few words probably did it.

Will there be any room at all for normalcy within this heaping helping of style that is “American Horror Story: Hotel”? Probably not. And yet Murphy knows you still can’t turn away. When he finally includes “Hotel California” by The Eagles, it’s both brazen in its obviousness and the kind of thing you’d be disappointed if he didn’t do. “American Horror Story: Hotel” is cluttered, unfocused, ridiculous, and silly, but it is very self-aware and stunningly confident at the same time. Murphy and Falchuk almost dare you not to join in the chaos, and it certainly feels more assured than the inconsistent “Freak Show.” Only time will tell if “Hotel” is worth visiting, but it’s certainly a unique offering on the Fall TV block. And that seems to be goal number one for Murphy: be different. That's accomplished in the first few minutes of "Hotel." The jury is still out on whether or not this type of different is also good.