The OJ Simpson case was the first such event we watched live on television. I’m old enough to remember where I was when Simpson took flight in that white Bronco, and where I was when the verdict came down. In between, there was a parade of characters straight out of central casting, from the legal players like Bob Shapiro and Marcia Clark to the fringe personalities like Kato Kaelin. The world really could not get enough of this story. It changed the way we process news, as networks like CNN devoted days of programming to the story of the sports hero-turned-murder suspect. It really had a little bit of everything from the tawdry to the racially sensitive. It felt like the Simpson case sparked so many conversations about everything, from racial profiling to the privileges of the rich to spousal abuse. The actual victims of the crime even became bit players in the story.

There have been TV movies about OJ, but the case now gets its biggest production ever with FX’s “The People vs. OJ Simpson: American Crime Story,” a star-studded mini-series from Ryan Murphy, the man behind “American Horror Story” and “Glee.” Is Murphy just exploiting this true story for soap opera escapism or is he using it to comment on how much the OJ case still has to say about its era and even its impact on today? Can both be true? 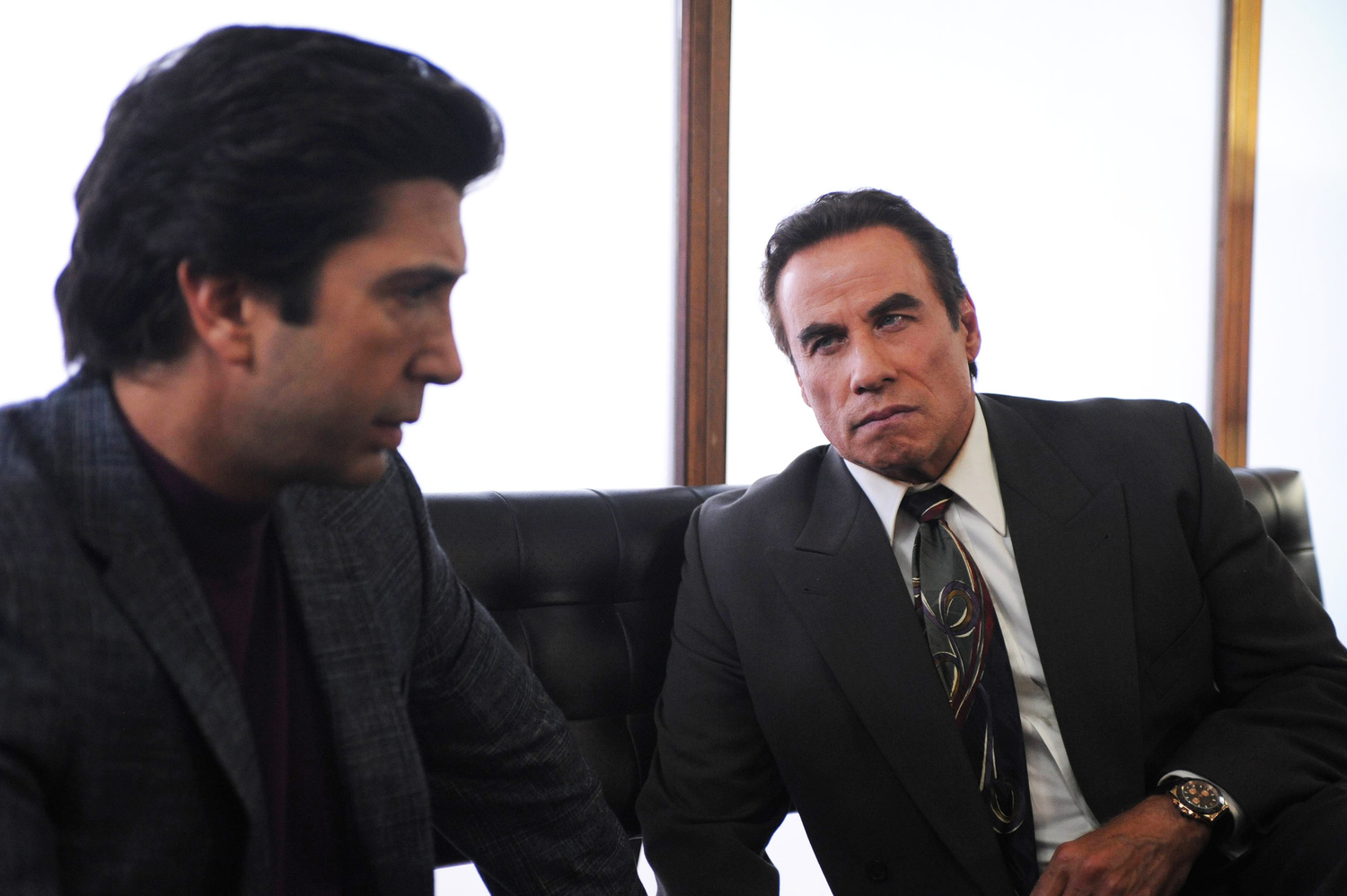 Even for those of us who can remember many of the details of the OJ case, “American Crime Story” has some remarkable behind-the-scenes details to offer. In some of its best moments, it plays out like a procedural, offering insight you may not have heard from the source material in The Run of His Life: The People vs. OJ Simpson by Jeffery Toobin. I forgot exactly what went down when OJ decided to flee in the Bronco on that fateful day, not remembering how even the people close to him presumed he had killed himself. I forgot exactly how each attorney on both sides got involved or that Chris Darden was brought on really as a racial response to Johnnie Cochran coming aboard the other side. The historical details of “American Crime Story” are fascinating in that they show a larger-than-life case grew into what it became by the time the trial began.

Before then, Murphy and his brilliant writers, Scott Alexander & Larry Karaszewski (who are the perfect scribes for this piece having penned “Ed Wood,” “The Man on the Moon” and “The People v. Larry Flynt”) set the stage by giving us a prologue of the L.A. riots only two years earlier and then diving right into the case. Nicole Brown Simpson and Ronald Goldman’s bodies are found. OJ Simpson (Cuba Gooding Jr.) is immediately a suspect, and it’s not long before Marcia Clark (Sarah Paulson) and Gil Garcetti (Bruce Greenwood) are ready to arrest him. Before he comes in, Simpson gets the counsel of two men who would become pillars of his legal dream team, Robert Shapiro (John Travolta) and Robert Kardashian (David Schwimmer). F. Lee Bailey (Nathan Lee) and Cochran (Courtney B. Vance) would come later. We also get a lot of the bit players, including Faye Resnick (Connie Britton), Kris Jenner (Selma Blair) and, of course, Kato (Billy Magnussen). Rob Morrow will show up later as Barry Scheck and Sterling K. Brown will play Christopher Darden in this brilliantly-cast piece. There’s not a single weak link in the ensemble. 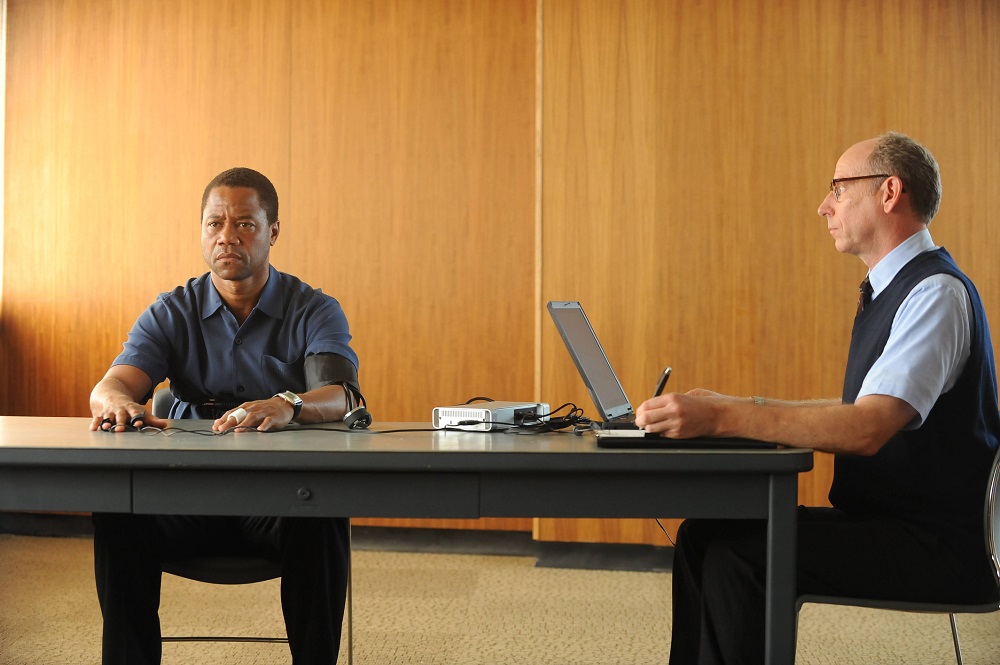 At its best, “American Crime Story” walks a razor-thin line of tawdry and genuine. Ryan Murphy will never lose his high degree of showmanship, such as playing “I Shall Be Released” as Simpson flees or “Mama Said Knock You Out” after the "Not Guilty" plea, but he directs most of the performance in a lower, more genuine register. Schwimmer plays Kardashian as a man honestly concerned about a friend and unaware of the fame about to come down upon him. Travolta chews the scenery, but Shapiro was always a larger than life character, so it feels genuine. And Paulson is perfectly grounded as Clark. As for Gooding, OJ remains something of a mystery at the center of “American Crime Story,” given numerous chances to actually confess to people who would still defend him but steadfast in proclaiming his innocence.

Alexander and Karaszewski have delivered a drama that’s both as soapy as you’d expect from the man who created “Nip/Tuck” and surprisingly genuine as historical document. There’s not a lot of artistic license, at least in the four episodes I’ve seen compared to what I know of the case, although there is an interesting aspect provided the writers by history (such as knowing what fame would do the Kardashians). Overall, this is not a piece designed to “expose” the truth behind the OJ Simpson case. It’s more about how exposed the case was in the first place. It’s also just flat-out entertaining television, filled with strong performances from top to bottom and razor-sharp writing. As “American Horror Story” seems to be winding down its cultural relevance, “American Crime Story” can take the baton and run.