Last year’s network TV season proved, somewhat surprisingly, that the rumors of the death of network TV had been greatly exaggerated. ABC expanded their reign over network TV comedy by bringing us “Fresh Off the Boat” and “Black-ish,” two of the funniest new sitcoms in a long time. ABC found a hit (and possible Emmy winner) in “How to Get Away with Murder.” And FOX changed the landscape entirely with one of the biggest shows of 2015, the record-breaking “Empire.” Where are the networks at the beginning of a new season? As the starter pistol is about to go off on the 2015-16 season, what shows should you keep an eye on? Which ones should you ignore? I tried to stick with only programs premiering in September and October (so no “Chicago Med” on NBC and no inclusion of the best new comedy I’ve seen, ABC’s “The Real O’Neals” with Martha Plimpton—it’s coming midseason). I also had technical issues with the one new show on The CW this Fall, but given that I’m trying to pick the best program on each network, I suppose “Crazy Ex-Girlfriend” wins that title by default. 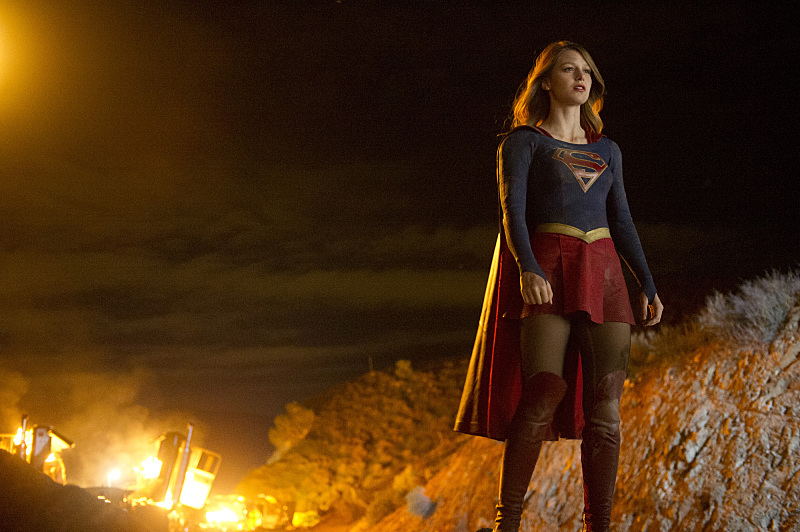 The number one network for total viewers has two new comedies and three new dramas, including programs starring Jane Lynch, James Brolin, Dianne Wiest and Marcia Gay Harden. A bomb on CBS typically gets total viewer numbers that would make them a smash hit on any other network, but the channel still has difficulty drawing in the younger viewers that advertisers covet. And so expensive shows like “Vegas” with Dennis Quaid get the axe whereas they wouldn’t on NBC or ABC. CBS needs to bring in young viewers, and I expect they’ll seriously make some headway in that department this Fall as their best new program is one that should appeal to teens and twentysomethings, the charming and fun “Supergirl.”

Premiering on October 26th, “Supergirl” stars relative newcomer Melissa Benoist (the girlfriend in “Whiplash”) as Kara Danvers, Superman’s cousin. She was sent to Earth shortly after Kal-El to help protect him, but a screw-up separated them and, well, Superman didn’t need a whole lot of protection. So while the Man of Steel has been making headlines, his cousin has been under the radar. Of course, that’s about to change, despite the protestations of her foster sister Alex (Chyler Leigh) and to the great satisfaction of her media mogul boss Cat Grant (Calista Flockhart), a woman in need of some big stories. Jeremy Jordan (“The Last Five Years”) and Mehcad Brooks co-star.

“Supergirl” isn’t reinventing the wheel by any stretch, but I suspect it will make Benoist an overnight star. She’s a natural in front of the camera, playing Supergirl as a variation on the Superman/Clark created by Christopher Reeve. She’s a reluctant hero, but also someone who wants to show off her powers and knows she can do some good. The entire cast is strong, and the pilot really hums.

As for the rest of the CBS line-up, I’m a little worried that “Life in Pieces” will be a sizable hit. Worried because everyone in its talented cast deserves a better project. So clearly designed to be a CBS version of “Modern Family” that they should practically pay the ABC hit royalties, it’s a multi-character family piece starring Wiest, Brolin, Colin Hanks, Thomas Sadoski (“The Newsroom”), Betsy Brandt (“Breaking Bad”) and Dan Bakkedahl. The writing could improve. It almost has to. “Code Black” is well-done but familiar (although I may tune again just for Luis Guzman); “Angel From Hell” wastes Lynch’s perfect timing; “Limitless” is just silly. Again, you should know that I have not seen much of these shows and often not final versions. These are merely first impressions. Full reviews will follow in the coming weeks. 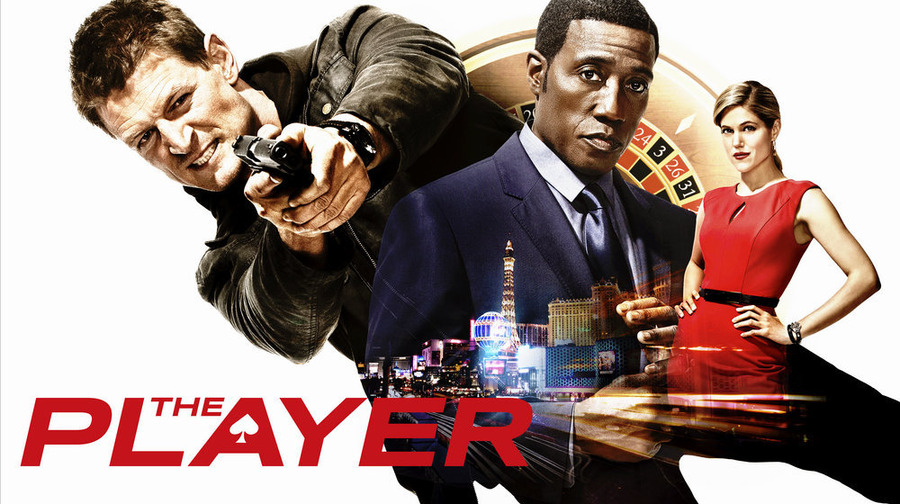 The Peacock Network didn’t make available their most highly-publicized show, “Heroes Reborn,” which has been pitched as what “Heroes” would be like if it had never been canceled and was in its 10th season. Premiering at the Toronto International Film Festival next weekend, I’m certainly curious. Come back for a full review.

As for what I have seen, the less said about the horrendous comedy “Truth Be Told,” the better. “Blindspot” has an intriguing premise—a naked woman is dropped off in Times Square with tons of unexplained tattoos and no memory of her past. She quickly learns she has a very special set of skills, and her ink points to criminal activity. It’s kind of like “The Bourne Identity” meets “Prison Break.” Like a lot of this Fall’s high concept shows, it’s a little silly, but it could develop into something interesting. My biggest concern would be that audiences won’t have the patience to keep it on the air. It’s one of those shows that I could see getting canceled before it gives viewers any answers.

On the other hand, I suspect that “The Player,” premiering on Thursday, September 24th, will be a hit. It has that breakneck pacing of “The Blacklist” and a clever premise. Set in Las Vegas (which, come to think of it, has been poison for new shows lately), “The Player” stars Phillip Winchester (“Strike Back”) as Alex Kane, a man drawn into a high-stakes game when his wife is murdered. Kane is suddenly controlled by Mr. Johnson (Wesley Snipes) and his assistant Cassandra King (Charity Wakefield) as some of the world’s richest people in the world gamble on the world of crime. Can Kane “win the hand” or will the underworld get the best of him this time? It’s a B-movie pleasure to be sure but the pilot hums, providing just enough of what seems likely to be the show’s multi-episode narrative and giving viewers an idea of what the program will be like week to week. And what’s that? Dumb fun. 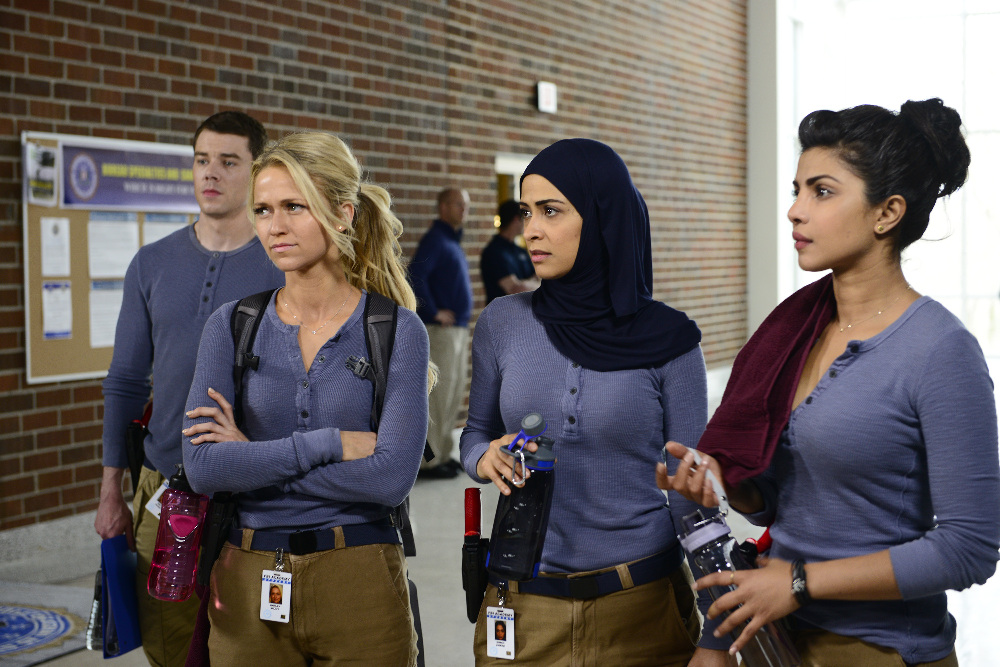 All that was available pre-season on “The Muppets” was a ten-minute preview but we’ll have more thoughts on that before it premieres. For now, it didn’t qualify (even if I did find the 10 minutes pretty funny, if a bit inconsistent). The other fall half-hour show is “Dr. Ken” starring Ken Jeong of “The Hangover” and “Community,” and it’s an offensively bad disaster. Again, I’ve only seen one, and it may even be polished before premiere, which means I’ll have to suffer through it again before forming a final opinion. Based on what I’ve seen, nothing can save it.

In the drama department, ABC made out a little better during pilot season. On Sundays, a night they’ve struggled with lately, they’re launching two dramas on September 27th with soap opera elements and multi-episode arcs. While Don Johnson brings some fun style to “Blood & Oil,” “Quantico” is the superior program of the two. Priyanka Chopra stars as Alex Parrish, a new cadet at the infamous FBI educational institution. The narrative flashes back and forth between the early days at Quantico and the aftermath of a deadly bombing in New York City. We quickly learn that one of the young wannabe agents is the mastermind behind the terrorist attack. Created by Joshua Safran (“Smash,” “Gossip Girl”), “Quantico” is a well-paced, entertaining hour with a really strong cast, especially Chopra. Which one of these likable young agents was secretly a terrorist? It’s a fun question that will keep me engaged for at least a few weeks. And that’s all a pilot really needs to do—make you want to watch another episode. 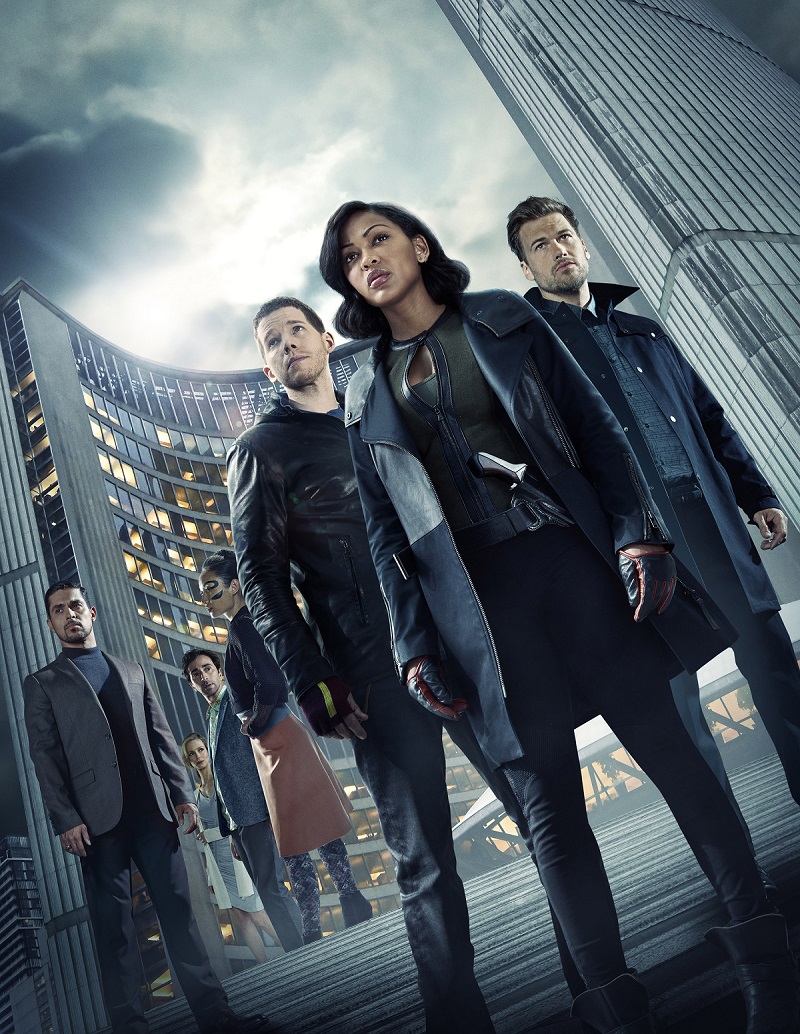 FOX has one of the most interesting Fall 2015 seasons in that almost all of their new shows have an “almost there” quality to them in that they could be really clicking by week two or total disasters. I think it’s least likely that “Rosewood” develops into anything more interesting than its pilot, and their two new pilots—“Grandfathered” and “The Grinder”—live and die on their casts. Both need to finetune their writing but John Stamos on “Grandfathered” as a ladies man who learns he has a granddaughter, and Fred Savage and Rob Lowe on “The Grinder,” prove why they’ve been in this business as long as they have. “Grinder” is the better of the two, but neither are going to set Twitter on fire yet.

People are more likely to be talking about “Minority Report” and “Scream Queens,” in a dead heat for the most promising new show on the network. Neither completely works from the beginning, but both have ingredients that intrigue me and style that’s missing from a lot of the other new shows this season.

“Minority Report” is up first on Monday, September 21st, and I think it will make a solid partner for “Gotham” for most viewers. Set eleven years after the events of the Stephen Spielberg film, the focus shifts to one of the Precogs, a young man named Dash (Stark Sands), who has basically been in hiding since the Pre-Crime Unit was shut down. He’s still in touch with twin brother Arthur (Nick Zano) and foster sister Agatha (Laura Regan), but he’s not really allowed to use his ability. When he witnesses a murder about to happen in his mind, he ends up crossing paths with Detective Lara Vega (Meagan Good). Much of the film’s style and aesthetic have been transported to the show. It’s surprisingly loyal. And surprisingly hyper. Everyone talks too fast and the pilot is way too quick-cut. But those are problems that can be easily fixed. As the actors and writers settle into their characters and concept, “Minority Report” could really work. As I’ve said so many times, judging a pilot is so difficult because it’s hard to say what it will be like in a week, much less a month or two. I think there’s potential here.

The same goes for “Scream Queens,” premiering the next night on September 22nd. Created by the notorious Ryan Murphy, Brad Falchuk and Ian Brennan, it wouldn’t be vastly incorrect to describe this as Murphy’s “Glee” meets Murphy’s “American Horror Story.” He sets his satirical sights on sorority girls, including one headed by an awful creature named Chanel (Emma Roberts), who will do anything to keep her social status, even try to hide the fact that someone is killing her sisters and pledges. Jamie Lee Curtis steals the two-hour pilot as the dean of the university where the bloodshed unfolds.

Murphy’s rapid-fire style can be as aggravating as it is clever (often because it telegraphs just how clever Murphy and his team think they are), but it’s impossible to deny that a few of the witty barbs connect. In the opening scene, a teenager has a baby in a bathtub and her sorority sister freaks out because she’s not missing the party downstairs (“I am NOT missing ‘Waterfalls’ for this! ‘Waterfalls’ is my jam!”) Murphy goes on to really target a class of people too self-centered to see the world outside of their bubble. “You’re an awful person.” “Maybe. But I’m rich and I’m pretty, so it doesn’t matter.” Lines like that go a long way to smoothing out some of the bumps in the “Scream Queens” premiere, and the show gets tighter and more entertaining as it goes along. Again, that’s what every network wants from their pilots—enough promise to keep you watching for another week.