The brilliance of Steven Soderbergh’s “The Knick” is in how it subtly comments on issues of today while also feeling completely genuine with its period details. We often learn about ourselves by looking through fictional windows into the past. At its best, which is often, this Cinemax program has echoes of HBO’s “Deadwood,” another show about a very different time and place but with resonant characters and themes that made it feel current. And what’s so breathtaking about “The Knick” is the slow, subtle way that the show’s creators pull off this TV magic trick. Period pieces, especially those on TV, often falter by overly telegraphing their desire to be current, failing to really capture the period first and foremost. “The Knick” is the most detailed show on TV, but by grounding the characters in timeless themes—addiction, class, race, desire, competition—the show transcends its undeniable craftsmanship to become something even greater, something uniquely incredible in today’s TV world. In arguably the best year of television to date, it still stands out.

It is 1901 in New York City, a city pushing forward to the future of medicine, politics, civil rights, and any other issue you can think of. The Knickerbocker Hospital (The Knick for short) is in disarray as Dr. John Thackery (Clive Owen) is in rehab for his cocaine addiction and the construction of a new building uptown has distracted the board. Dr. Algernon Edwards (André Holland) vies to replace Thackeray as the Chief of Surgery, but his skin color will make that difficult to impossible. Cornelia Robertson (Juliet Rylance) has moved to San Francisco with her new husband, but the pull of NYC will be too great to dismiss. Lucy Elkins (Eve Hewson) must deal with the fact that she basically fell in love with Thackery while trying to rescue him from his addictions, while Bertie (Michael Angarano) realizes there’s no one left at the Knick for him. Sister Harriet (Cara Seymour) sits in prison for the abortions she performed. At the start of season two, everyone seems adrift, without clear structure or purpose, not unlike a society at the turn of the century trying to carve a new path. 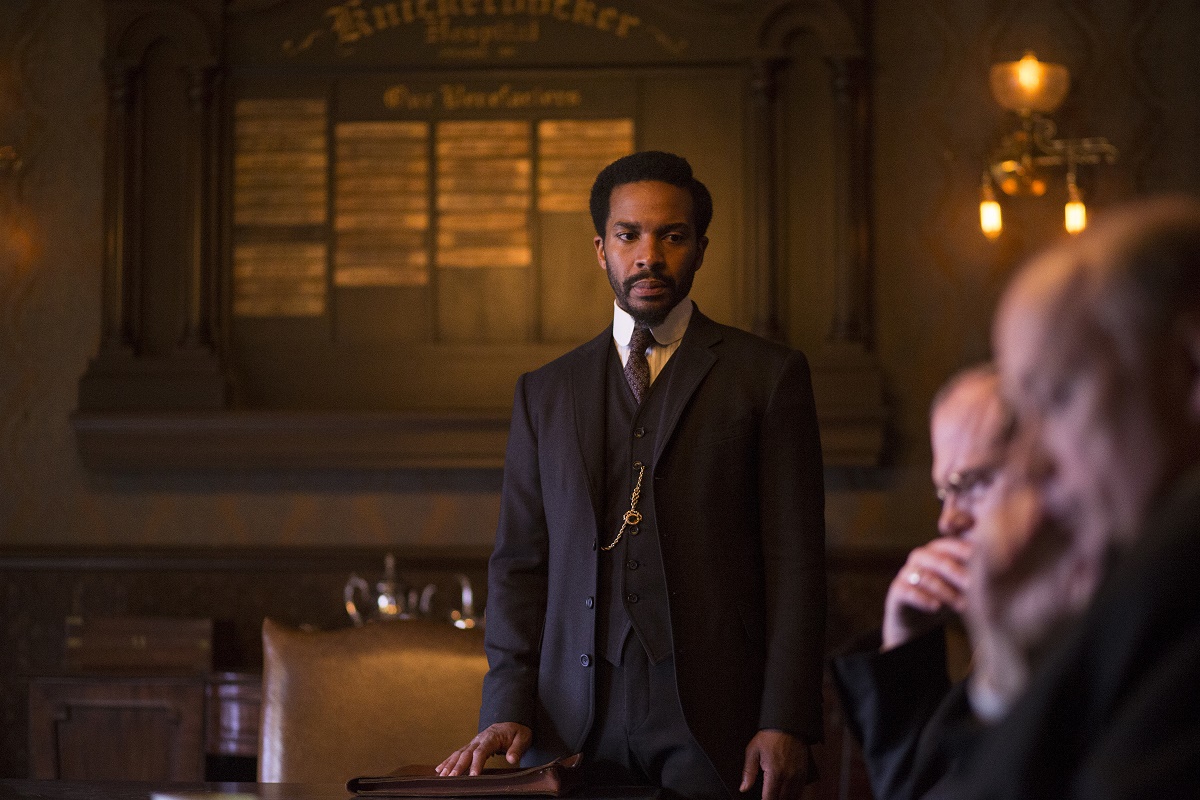 Season one of “The Knick” was a remarkable endeavor that really spun around three men—Clive Owen, André Holland, and Steven Soderbergh. If it had a weakness, it was that the supporting cast often felt overshadowed by the star power at the center of the piece, with the exception of Holland, who arguably made the biggest impact in season one as a brilliant man hampered by societal prejudices. Almost immediately, one notices an expansion of focus in season two. Owen and Holland are still phenomenal, arguably even more so with the support behind them of the more-confident supporting cast. Soderbergh and his writers are willing to leave The Knick and Thackery's side to develop characters like Bertie, Lucy, and Cornelia in their own, distinct narrative arcs, and the cast proves entirely up to the challenge. The technical elements of “The Knick” were well-recognized (and deservedly so) in season one, but season two feels like proof that this is also one of the best ensembles on TV.

It’s also such a densely packed show thematically. Politics, race, business, education, women’s rights, addiction, class warfare, the greater good—there’s enough material packed into an episode of “The Knick” to study the show in a classroom. And yet it never feels didactic. At its core, it’s about two men pushing the boundaries of what is possible in medicine and how that ambition can be reflected or destroyed in society. Much in the way Thackery and Algernon work to battle the personal and societal demons that hold them back—addiction and racism, specifically—Soderbergh puts the development of our country under the surgical knife, laying it all out on the table for us to analyze and consider without melodrama or judgment. And he does so under the umbrella of some of the most incredible technical elements and filmmaking skill in the history of television. Much like David Milch did with “Deadwood,” Soderbergh proves that period television need not be mere history lesson. In so many ways, “The Knick” feels like one of the most vital, current shows on the air.