“American Gods” Wants to be Your New TV Religion

“The world is either crazy or you are—they’re both solid options.” For years, Hollywood has grappled with how to adapt Neil Gaiman’s beloved, epic novel about power, religion, faith, and general insanity known as “American Gods.” Many people looked into bringing it to the big or small screen, and realized how difficult that would be. The book not only features many elements that some would call unfilmable—a female God who now takes a role as a prostitute and consumes people with her vagina, along with numerous asides and references to reimagined mythology—but it has a tone that does not make for typical entertainment. Thank Gods for Bryan Fuller. Working with Michael Green (the suddenly-hot scribe behind “Logan” and “Blade Runner 2049”), Fuller has grafted Gaiman’s vision with his own sublimely strange sense of visual composition, honed on “Hannibal,” one of the best programs of the ‘10s. The result is like nothing you have ever seen before. It will be as divisive as anything on TV this year—programs this strange often are—but it reminded me of the first time I saw a little show that’s returning next month, David Lynch’s “Twin Peaks.” It is that stridently daring, unique, and unapologetically bizarre. You won’t be able to turn away. 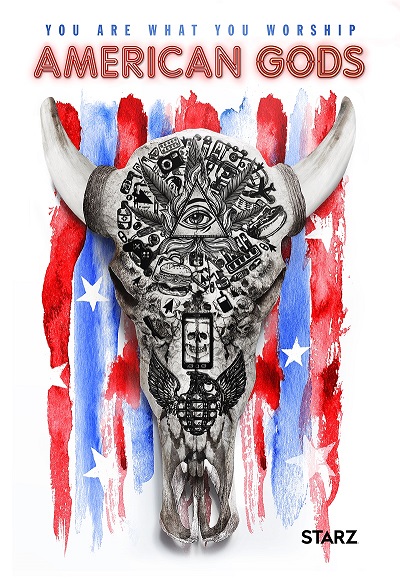 “American Gods” opens with a parable of Vikings stuck on a beach. Moving forward into the brush means death by a thousand arrows. But there’s no wind to get them to another island. And so they increasingly escalate their activities to get God’s attention to blow them in the right direction. It starts with prayer; it moves to sacrifice; it gets to all-out war. Are we, as a race, just trying to get our creator’s attention? Are we all just kids begging our parent to look at us? The first three scenes of the new season offer similar philosophical food for thought. The second chapter opens with a stunning piece of work by Orlando Jones as Mr. Nancy (a play on Anansi), a God who encourages a slave ship to burn it down by telling them how fucked they are for the next few centuries. And the opening of episode three tops them all. “American Gods” is a show that already feels like it’s topping itself from beat to beat. I’ve seen four episodes, and liked each one more than the one before. Fuller’s work has always had that kind of cumulative power.

You may have noticed that I’ve avoided the typical plot synopsis. “American Gods” does too. Fuller takes his time with the plot of the novel, moving around and back, taking pieces from here, expanding on ideas from there. The show opens largely the same, with a convict named Shadow Moon (Ricky Whittle) being released from prison a few days early after his wife Laura (Emily Browning) dies in a car accident. On the way home, he runs into a mysterious fellow named Mr. Wednesday (Ian McShane), who hires him as a bodyguard/advisor/something. They hit the road to … well, it’s not really clear yet. There are other Gods sprinkled throughout the show, including appearances by Peter Stormare as a violent one and Gillian Anderson as, well, you just have to see it (she has an appearance in the second episode that stands among the most visually striking things I’ve ever seen on TV.) Once again, Fuller finds fascinating combinations when it comes to casting, even bringing Dane Cook and Crispin Glover into the cast. 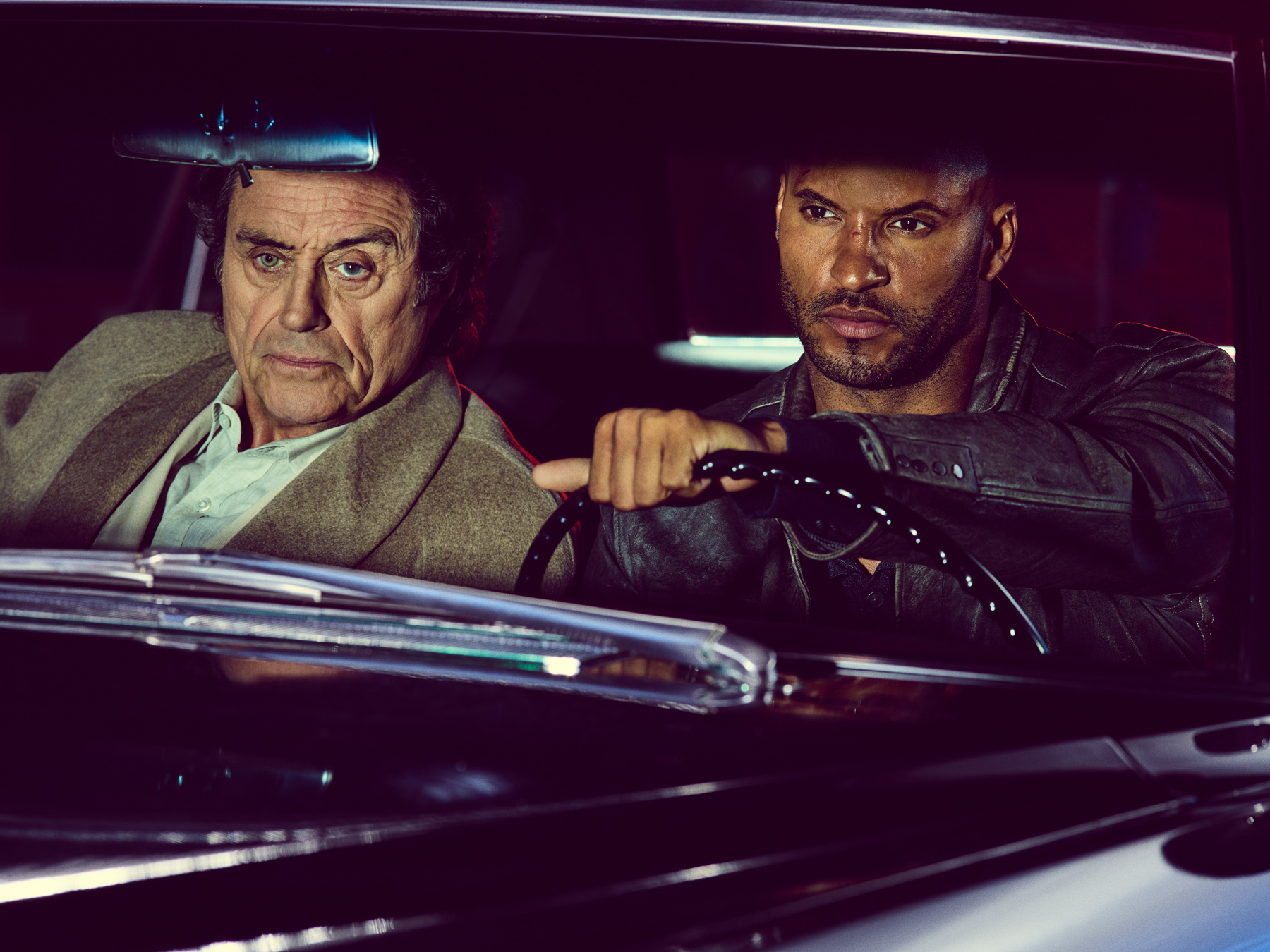 To say that “American Gods” intends to twist the way you traditionally approach television would be an understatement. It’s not just in the approach to storytelling that allows for asides with characters we know we’re likely to never see again—almost like chapters in a book that diverge from the main narrative—but in the visual and aural approaches as well. Notice how much Fuller and his team, including the great director David Slade (a vet of “Hannibal” and the film “Hard Candy”), use jazz and even atonal, Jonny Greenwood-esque compositions to play with their rhythms. It’s a show designed to keep you confused. To that end, there are times near the beginning where it almost feels too clean visually, and too playful, but either I got attuned to it or it improved by episode three, when it really clicks in. And then episode four moves back in time and rewires your expectations yet again.

“You can’t weave the stories that are necessary for life unless you have a little personality.” “American Gods” will be an overload of personality for some people. And yet there’s more powerful, memorable ideas and images in these first four episodes than most shows contain in their entire runs. It’s a series that defies traditional description or viewing. As Anderson’s character says to Shadow Moon, “Don’t fight gravity.” This show is gravity.