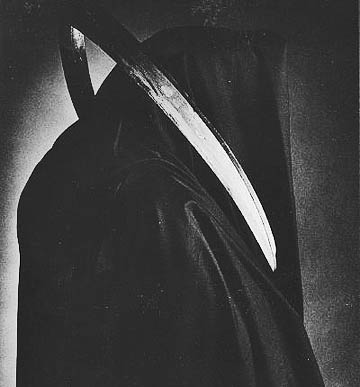 Welcome back to Post-Bergman & Antonioni Art Film week (or two weeks) at Scanners -- and just about every other movie blog and film section out there! The term "art film" used to disgust me as a designation that's simultaneously crude and precious, but it's really just another sales pitch. Try booking what exhibitors matter-of-factly call an "art house" for a few years, as I did, and you learn the pure commercial exploitation value of promoting "art." It's just another niche-marketing approach, like selling horror pictures or porno. It also happens to be art, but in the marketplace that's almost beside the point. Except that it is the selling point. Like any promotional campaign, the "art movie" sell involves convincing your potential audience that they will be stimulated by the picture, and that they will want to be among the exclusive "first" to see it because it will make them seem cooler and ahead of the (pop-)cultural curve in conversations with their friends and co-workers.

Coming at the subject from a more critical/academic angle, Zach Campbell at Elusive Lucidity has a response to Jonathan Rosenbaum's NYT Bergman piece that relates to Rosenbaum's comments in answer to Roger Ebert's criticisms regarding the comparisons of Bergman to Carl Theodor Dreyer, even though Campbell's comment (quoted below) was posted before Roger's. Got that? Anyway, this is good stuff:

The question of form's importance really enters into whether or not Bergman's aesthetics are great, rich, profound, and if so, if they are such only insofar as they are "functional." To keep up the (perhaps shopworn) comparison: Dreyer was a storyteller, a narrative filmmaker, obviously. And no "more" cinematic than Bergman. But he was also, as I see it, more invested in the way his films felt, the way they impressed themselves on a viewer, than he was on letting his films breathe or go down unexpected sorts of paths. (It isn't so much innovation of film form/language as it is potentialy in film affect/reception.)

My impression of Bergman is that he was always going for effects, conclusions. To put it very crudely, because I can't find a more articulate or eloquent way of stating it, when I'm moved by Bergman--unsettled, saddened, uplifted--I feel like this movement is the calculation of form, that the form did what it was "supposed" to do. This isn't a sin, but neither is it the pinnacle of film art as I experience it and choose to think it. Whereas in Dreyer, I am constantly challenged, shot-to-shot sometimes, by the frictions and (im)balances and of shots, pictorial compositions, cuts, camera movements, etc. I don't feel like Dreyer is leading me to conclusions at all; there's a richness and a weirdness to shot combinations or spatial articulations that just doesn't exist in most of what I've seen in Bergman. It's not that Bergman is blind to form--clearly he cares about at least some major aspects of what he's doing, formally and aesthetically--but rather, a formal argument for or against his work should hinge on what he's doing with the form, and how & why.

I look forward to reading David Bordwell's thoughts on all this, which I hope will appear in the near future!