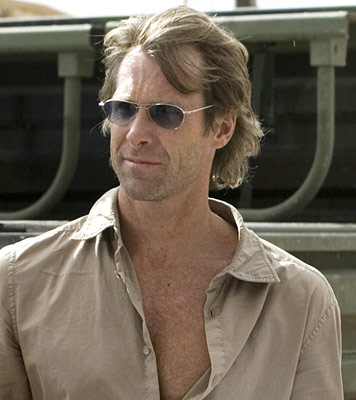 A letter published in the Northwest Herald, Crystal Lake, Illinois:

The Northwest Herald’s movie critic, Jeffrey Westhoff, seems to be woefully out of touch with pop culture.

The “Transformers” movie’s $155 million seven-day haul is the biggest non-sequel opening in box office history. Numbers like that usually mean positive word of mouth on the film is huge, and people are going back.

A friend of mine, Steven Spielberg – he’s pretty smart about film – said Westhoff’s review was idiotic. Westhoff’s a critic who actually reviewed his dislike for the director, rather then reviewing the movie, like his job description prescribes. Westhoff talks about the director being an “egomaniacal hack.” ("Michael Bay turns 'Transformers' into pile of scrap metal.") Well I don’t believe I’ve ever had the pleasure of meeting Westhoff, though it sounds like he knows me. If Westhoff actually did know me, he would find me to be a pretty down-to-earth, nice guy.

I implore the editor to give Westhoff a little relaxation and sunshine, clear his head, let him rediscover that movie-going is supposed to be a fun experience.

Maybe even help him get rid of his hatred.