Walking down to The Wire 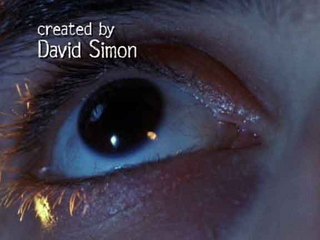 If, like me, you were spellbound by each season's opening credits for "The Wire," you must see the short film analyses of them by critics Andrew Dignan, Kevin B. Lee and Matt Zoller Seitz at Moving Image Source (published by the Museum of the Moving Image). Using the actual footage, along with still frames and zooms (aka "the Ken Burns effect"), these short films examine the credits in critical detail, treating them as short movies unto themselves. Which is exactly what they are. Each season of "The Wire" introduced a new opening montage (cut to various recordings of Tom Waits' "Way Down in the Hole") to set the scene. (Also see the Opening Shot essay for "The Wire.") 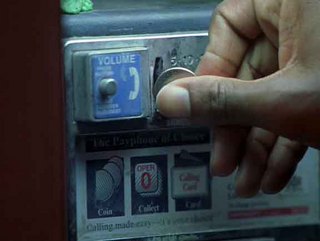 Some of these "Wire" images were re-used from one year to the next, but for the most part these were designed specifically to introduce a particular series of episodes -- all of which, of course, take place in Baltimore. The first season focused on drug dealing operations in the projects; the second on waterfront and union corruption; the third returning to the drug-dealing organization of the first season, with an emphasis on city politics; the fourth centering on the public school system; and the fifth looking at the media, and the newsroom of the Baltimore Sun daily newspaper. ("Way Down in the Hole" is performed by the Blind Boys of Alamama in season one; Tom Waits -- the original version from "Frank's Wild Years" -- in season two; the Neville Brothers in season three; a group of Baltimore teenagers known as DoMaJe in season four; and Steve Earle, who also joined the cast, in season five.)

The critical examinations are based on an article Dignan wrote for The House Next Door, one of my very favorite sites, founded by Matt Seitz.

I've written about credits sequences here before, including an analysis of an opening sequence of "Dexter" and an appreciation of the visual path markers that lead us through the woods and into David Lynch's "Twin Peaks." 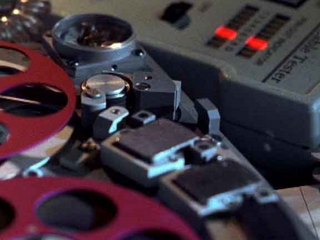 It seems that most movies don't even bother with a mood-setting, or even expository, opening credits piece anymore, preferring to plunge into the action and then running the (contractually determined) credits in reverse at the end of the picture, they can be essential to setting up the movie. I prefer the original credits for Orson Welles' "Touch of Evil," for example, where they appear over the famous virtuoso long take scored to Henry Mancini's music. That wasn't what Welles wanted, according to some notes he sent to Universal, but I think it works better. And no matter what you think of the rest of David Fincher's "Seven," the credits are essential to setting up the queasy, nightmarish tone of the film. (And let's not forget the famous Saul Bass designs for Alfred Hitchcock -- "Vertigo," "North By Northwest," "Psycho" (1960) -- and many others.)

Television shows have largely done away with the catchy (sometimes cheesy) opening songs that used to accompany most sitcoms: "Gilligan's Island," "The Beverly Hillbillies," "The Addams Family, "The Brady Bunch," "Welcome Back Kotter," "Happy Days," "Good Times," "The Facts of Life," "Cheers" -- many of which set the tone, or simply spelled out the premise of the show, in a singalong way every week.

Now most shows feature a short musical theme and very little end-credits music because they're usually run at quadruple speed in the upper right corner and drowned out by promos for something else on the network. Hour-long dramas like "Lost" or "Heroes" have opening credits that are really just logos accompanied by a single sound or chord.

"The Wire" is a show (like "Twin Peaks" or "The Sopranos," "Deadwood" or "Dexter") in which the music and montage are essential to bringing the viewer into the world of the show. Like a clearing of the mind as you go into meditation, these familiar (mantra-like) rituals help us leave our conscious surroundings behind and enter a different (but eventually quite familiar) imaginative terrain.

I'm still only up to the third season of "The Wire," and I've watched it only on DVD, but I never once felt like fast-forwarding through the credits no matter how many times I saw it, even if I watched several episodes in one evening. That's essential to the ritual. (Especially now that I've got a 55" HDTV opposite my man chair, I feel the need to observe moviegoing rituals as much as possible, which includes turning off the lights, cranking up the "total sound" [see William Daniels in "The President's Analyst" (1968)], and watching all the credits, before and after, if only for the music. I love the closing credits music for "Heroes" and "In Treatment" -- which, particularly in the latter, help me come out of the show and return to my reality.)

What makes a credits sequence work for you -- television or movies -- and why?