VIFF: A film from Heath Ledger and friends (and more) 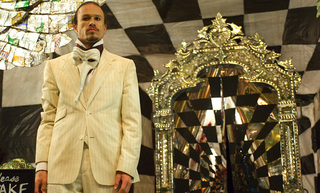 As the quaintly anachronistic title suggests, "The Imaginarium of Dr. Parnassus" is as whimsical and rickety as any Terry Gilliam contraption -- an apparent labor of love, and not just for its star Heath Ledger, who died during production, but for the smoke-and-mirrors tomfoolery that goes into the construction of illusions. Another of Gilliam's charmingly antiquated, hand-crafted thingamadoodles, this one gets off to a bit of a slow start -- trying to set up too many stories... but spinning too many stories, and keeping track of them all, is also a good part of its subject.

Ledger's untimely death unavoidably became another element, since he hadn't finished filming his central role at the time of his demise. Gilliam, as you probably know, figured out a way to complete the film with three other actors -- Johnny Depp, Jude Law and Colin Farrell -- stepping in to complete the part. Once you're watching the movie, that no longer seems like such a strange or desperate move, but I'm not going to tell you how or why it works. (Remember that Natalie Wood died during the filming of "Brainstorm" and Brandon Lee in a production accident on the set of "The Crow," but those two pictures were completed, for better or worse. David Lynch's "Mulholland Drive" was a failed TV series pilot that wasn't released theatrically until Lynch said he dreamed an ending for it.) A title card at the end announces it as a presentation of "Heath Ledger and Friends." 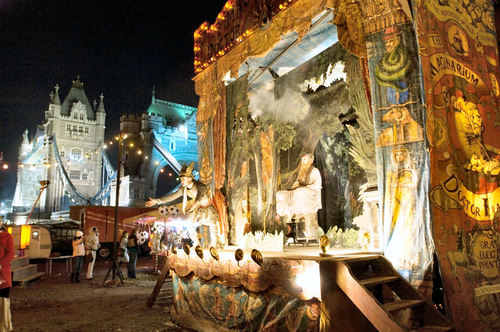 "Imaginarium" most resembles the picaresque Gilliam of "The Adventures of Baron Munchausen" (my favorite of his films) with a smaller budget. Dr. Parnassus (Christopher Plummer) and his magical-theatrical troupe -- doll-faced daughter Valentina (Lily Cole), smitten sidekick Anton (Andrew Garfield, who has some of the best comic takes), and invaluable mini-assistant Percy (Verne Troyer) -- wander the streets of modern London in a horse-drawn collapsible carnival wagon. Their show entices members of the audience to pass through Dr. Parnassus's mirror ("Alice in Wonderland" references abound) and into a world of their own imagination, which delights them so much they are willingly and happily liberated from their cash. Tony (Ledger) is an apparent amnesiac whom they rescue one night from beneath a London bridge. Dr. Parnassus's nemesis, Mr. Nick (Tom Waits) shows up to propose a high-stakes wager...

"Imaginarium" reminds us that we are always inhabiting more than one "reality" at any given moment -- memory, the physical present, fantasy -- and that the totality of those experiences is what our existence is really made of. While it's not Gilliam's strongest work (that would probably be "Munchausen," but I'd like to put in a small plug here for the darker, grossly [!] underrated "Tideland"), it's another fanciful chapter in a body of work that is fiercely devoted to celebrating imagination in all its guises. I don't know how he does it, but leave it to Terry Gilliam to make CGI look like vintage animation. Bravo for that! 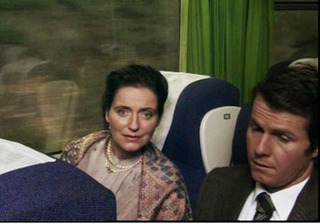 It begins, like Buñuel's film, with a hapless man's compulsive confession to a stranger aboard a train. Macário (Ricardo Trêpa) recounts to the woman in the next seat how, as an accountant for his uncle, he was enchanted by a young blond woman named Luisa (Catarina Wallenstein), who regularly appeared on the balcony opposite his office sporting an unusual feathered Chinese fan. (He is also afforded an "Un Chien Andalou" view of the street from there.) As is so often the case in these kinds of callow romantic stories, his obsessive devotion to her costs him just about everything -- including his dignity and pride if he'd shown any indication of possessing any to begin with.

In the Lisbon of this film, romance is heavily regulated by social, familial and financial customs and obligations. All these things mediate romantic and sexual impulses, so that Macário falls in love with an image/illusion he wants to possess, but has no notion of the real, flesh-and-blood woman behind it. The final shot is an inspired conceptual anti-joke on a scale that would amuse Buñuel and Hitchcock immensely.

The portrait of legendary pianist (and Canadian) Glenn Gould that emerges in "Genius Within: The Inner Life of Glenn Gould" is one of an idiosyncratic artist who disappeared into himself. By the end of his life, at the age of 50, friends and acquaintances observed that even his once charming and free-flowing banter had become scripted. He was no longer Glenn Gould but "Glenn Gould," still a great musician but lost in the cultivation and exploitation of his famous eccentricities: the gloves, the coat, the hat, the piano chair with 13-inch legs, the hypochondria, the projected asexuality, the mystery of his own persona into which he finally retreated. 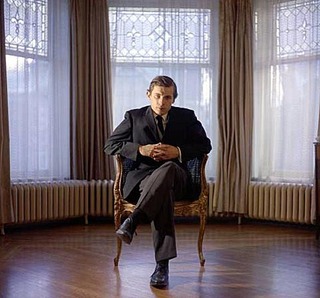 At the beginning of the film, Gould talks about how the life of a musician requires isolation, and how he uses the media to, well, mediate the distance. Whether they know it or not, he says, the only subject artists can really write about is their distance from the world. "Genius Within" endeavors to explore that headspace, as Gould inhabited it.

Composed of vintage Gould footage and recordings (he left behind a treasure trove of images and sounds), and interviews with friends, colleagues and scholars, the picture inquires into the enduring appeal of the pianist's James Dean-like mystique. Since he died in 1981, Gould has sold more recordings than he did in his lifetime. Considering that he hit the charts as a popular phenomenon with his now-legendary debut recording of Bach's "Goldberg Variations" for Columbia in 1955, that is fairly astonishing.

The interviewees refer repeatedly to what they call "The Eccentricities," as if Gould's personality quirks were indeed just another theme in the ongoing composition known as Glenn Gould.