The tail of the banana-eating jungle monkey 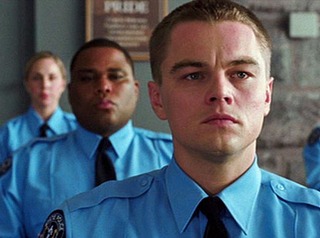 The whole Henry Louis Gates Jr. arrest fiasco instantly reminded me of the best line in Martin Scorsese's "The Departed" (2006), spoken by Billy Costigan (Leonardo DiCaprio) to a fellow police trainee: "Look at it this way, you're a black guy in Boston. You don't need any help from me to be completely f**ked." But it proved to be more complicated than that.

The 911 caller who saw two men trying to get into Gates' house wasn't making the racial assumptions many assumed had been. The transcript of the call reveals that she couldn't identify their races even when prodded for information by the operator (she thought one of them "looked kind of Hispanic, but I'm not really sure"), and was only calling on behalf of an elderly woman who was walking by and thought she saw something suspicious.

True, the arresting officer should have left as soon as he was presented with the photo ID that proved Gates was who he said he was, and that he lived in that house. Finally home after a long flight, Gates was understandably angry that a policeman demanded to know what right he had to be in his own home, but cops are trained how to handle verbal abuse from irate citizens. That's their job. They know they don't have the legal power to arrest somebody for "disorderly conduct" just for cursing at them, or calling them names, or claiming their conduct is inappropriate. Especially when that person is in his own home and has already demonstrated he has done nothing illegal.

Did the policeman display the weakness of succumbing to his own temper? Was race a factor? We can spectulate, but racism was sure as heck demonstrated later, by a Boston police officer and National Guardsman named Justin "I am not a racist" Barrett, 36, who sent an e-mail to Boston Globe columnist Yvonne Abraham in which he compared Gates' behavior to that of a "banana-eating jungle monkey" once, and made three additional "jungle monkey" references in a 704-word message. Still, this is Boston, which may or may not deserve its reputation as the most racist city in the country, but you kind of expect this sort of thing, unacceptable as it may be. That was perhaps not the most disturbing aspect of the e-mail, which Abraham herself deleted before she finished reading it. (Barrett proudly forwarded it to National Guard colleagues, which is how it got out.) The worst part was probably this (italics mine):

Your defense [4th paragraph] of Gates while he is on the phone while being confronted [INDEED] with a police officer is assuming he has rights when considered a suspect. He is a suspect and will always be a suspect. His first priority of effort should be to get off the phone and comply with police, for if I was the officer he verbally assaulted like a banana-eating jungle monkey, I would have sprayed him in the face with OC deserving of his belligerent non-compliance.

Barrett has been suspended, and may be dismissed. As a policeman, he can't be excused for believing we live in a police state and that "suspects" have no rights -- particularly when the only suspicion is that the man on the phone does not live in his own home. People like this cannot be allowed to carry badges and guns when they disregard their own training and don't understand the terms under which they are being entrusted with maintaining public safety.

Even more bizarre has been Barrett's one-man "I am not a racist" publicity campaign, which he took to various media outlets, including Larry King Live. "I did not intend any racial bigotry, harm or prejudice in my words," he told a Boston TV station. "I sincerely apologize that these words have been received as such. I truly apologize to all."

Oh, OK. It may take some effort, but perhaps someone could construe this as something other than a racist insult:

Go ahead, ax me what I think? Gates is a goddamned fool and you the article writer simply a poor follower and maybe worse, a poor writer. Your article title should read CONDUCT UNBECOMING A JUNGLE MONKEY - BACK TO ONE'S ROOTS.

I bring this up as another glaring example of the failure of argument and critical thinking I've been discussing in recent posts (including "I criticize you back -- again!", You're taking this very personal...", numerous Sarah Palin entries), rife with misrepresentations, ad hominem attacks and Straw Man arguments. So, what appears to be a disagreement about the role of race in Gates' arrest, is more pertinently about Barrett's racial vocabulary and his understanding of police work.

Barrett's self-defense? This: "Asked what led him to choose to use such language, [Barrett] said, 'I don't know. I couldn't tell you. I have no idea.'" There you have it. Is that the kind of person taxpayers want to hire and arm to patrol their streets?

Globe columnist Abraham, in her early, flawed account of the incident (some details of which have since been clarified) correctly describes Gates as "a 58-year-old African-American man with a gray beard and glasses and cane," with a "striped polo shirt tucked neatly into [his] khakis," and noted that when the officer arrived Gates was chatting on the cordless phone and made "no attempt to run, as a robber might."

Barret's response was to blow this out of proportion in an attempt to make Abraham sound stupid and naive:

You do not understand roles, tactics and dangers police officers face, as apparently you think no one wearing a polo might possess a firearm or knife on his/her person. Might you fathom a woman could be a criminal? Or are criminals all hairy, dirty, stinky, mean looking ugly men? You are a hot little bird with minimal experiences in a harsh field. You are a fool. An infidel. You have no business writing for a US newspaper nevermind detailing and analyzing half truths. You should serve me coffee and donuts on Sunday morning.

I wonder how much time Barrett spends flame-commenting on the World Wide Internets, because his tone and reasoning are of that pissing-match caliber. He's angry, and will do and say anything to tear down Abraham ("That was, by far, the worst article I've ever read. I am a former English teacher, writer, current police officer. father, husband and military veteran. You need to be corrected and I certainly hope others have attempted, for your written messages and material is so 4th grade level").

It's hard for me to accept that a police officer and National Guardsman would write something like that to a newspaper reporter, and choose to share it with pals and colleagues. Read the whole thing. Talk about bad judgment (not to mention bad writing). I shouldn't be shocked that professionals are capable of such maliciousness and sloppiness, but I'm amazed that a person with Barrett's temperament and "communication skills" could be hired by a police department. No wonder Abraham deleted his incoherent message after reading only a few sentences, dismissing it as just another rant from a racist crackpot:

I try to read and respond to every e-mail I get. The reasoned ones often help me see points of view I may not have fully considered. Some of the thoughtful e-mails about Gates, along with developments in the story that came after my column appeared, made me wish I'd cut Sergeant James Crowley more slack.

But when somebody begins with insults, racial epithets, or both, I hit the delete button. [...]

Like so many of these kinds of e-mails, it was an anonymous rant. I can't recall the exact part that made me hit delete.

I hope I would do the same thing if somebody had submitted something similar to the comments section on this blog. He's not adding anything useful to a rational discussion -- only exposing his own personal and professional shortcomings. Those aren't going to be remedied over a beer, even at the White House.