The summer of our mega-discontent? 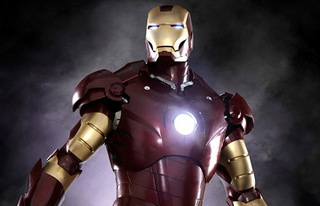 Among my friends and neighbors the most-discussed movie of the summer has been "Roman Polanski: Wanted and Desired." I've heard tell that some other movies have opened, too, and I saw some of them. I saw "Speed Racer," but only because I was reviewing it. And I saw "Iron Man" and "Pineapple Express" and last week I saw "The Dark Knight." Just saw "Tropic Thunder," too. I pretty much liked all of them except "Speed Racer," which was at least stimulating to write about and discuss. But I'd say only "Pineapple Express" is a work of true genius. Meanwhile, the most ambitious and accomplished movie of the year so far (and I'm only 4/7ths of the way into it) is HBO's "Generation Kill." Next on the list of movies I really want to see is "Man on Wire," the documentary about the guy who walked a tightrope between the World Trade Center towers. And "Wall-E." I'm excited.

But the way Stephanie Zacharek at Salon.com sees it, millions of moviegoers may be suffering from a malaise. She asks: "Are you suffering from blockbuster fatigue?"

The most important element of summer-blockbuster culture isn't the selling of movies; it's the selling of anticipation, because the amount of time we might spend looking forward to a big summer movie is almost always longer than the shelf life -- in theaters, at least -- of the actual movie. In New York, where I live, the subway platforms are perpetually adorned with posters for "big" movies that came and went in a blink. Generally, the posters stick around for much longer than the movies do, often defaced and decorated with Situationist-style détournement: The line between "I can't wait to see that!" and "Who gives a rat's ass?" is razor thin, and you know that line has been crossed when bored subway riders feel compelled to scribble all over Edward Norton's face.

This is related to my topic, as Bob and Doug would say, from a couple weeks ago, "Be the first on your block to bust the latest blockbuster," in which I asked, rhetorically: "Hey, remember the year they released 'Indiana Jones and the Kingdom of the Crystal Skull'?....

Like so many things in life, brand new shiny movies hold a magical appeal... at least until you see them. Afterwards, even if you really liked the picture, it loses some of the luster it had only a couple hours ago when it was still something to look forward to. Now that it's a known quantity, you've ingested it, and you think, "Well, what's next?"

The question Zacharek asks is: How much hype can you stand? (Or withstand?) She continues:

The studios themselves inadvertently invite blockbuster fatigue. Go to see a summer action movie, and you'll be walloped beforehand with at least three trailers -- all featuring the usual assortment of generic explosions, car chases and unshaven tough guys -- for forthcoming action movies that you're supposed to be looking forward to. These trailers all look the same (how exciting is that?), and they're usually so nonsensical and assaultive that they grind you down even before the nonsensical, assaultive movie you've paid to see has begun.

I think she's underestimating here. When was the last time you saw only three trailers before a movie? Three ads for Coke, Stella Artois, Corona and/or some other consumer product or TV show, maybe. But trailers? I usually lose count around five or six. And at some point years ago I realized they had stopped advertising movies you could actually see. There's no "Now Playing" (except in art house chains) -- it's only "Coming Soon" or "Coming Months From Now Or Possibly Next Year Sometime."

They say most advertising is designed not so much to sell products as to reinforce good feelings about the purchasing decisions you've already made. By the time a movie has opened, most people have probably already made up their minds if they're going to see it, so maybe the only thing left is to reinforce their decisions about they movies they already know they'll want to see in the future. I frequently get the impression the audience already knows about the movies being advertised, and the trailer just gives them a taste to remind them that they're interested. I wonder if trailers (or just ineffable instincts) have replaced word-of-mouth as the primary means of getting people into megaplexes. When a film brings in most of its box-office revenue in the first weekend (and, as Zacharek notes, rarely does a film remain at the top spot on the charts for more than one week unless it's a hit of titanic magnitude, like "The Dark Knight"), you know its success can only be due to marketing and not word-of-mouth about the picture itself. Even all that texting during the movie can't get everybody to the theaters that fast.