Be the first on your block to bust the latest blockbuster 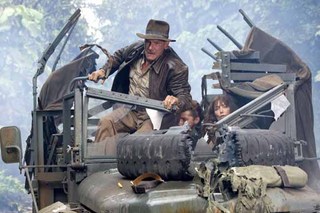 Hey, remember the year they released "Indiana Jones and the Kingdom of the Crystal Skull"? Where were you when the movie of "Sex and the City" came out? Remember when Entertainment Weekly did a 63-page spread about the former HBO show the week before the feature film came out? Oh, and what about the big "Chronicles of Narnia" sequel? It was such a hot property they made everybody go through security -- with metal detectors and everything. What if someone had made a shaky-cam bootleg of it 36 hours before it opened to the masses? Whoa!

Then, just a couple weeks ago, people lined up for days to catch the first midnight showings of "The Dark Knight." Oh, maybe that was last week. Once upon a time these things seemed like kind of a big deal, and now they all seem so three months ago.

Fanboys love to brag on their blogs that they've seen a movie before anyone else. That's always been the case. When I booked the Market Theater in Seattle's Pike Place Market, we had a socially challenged fellow we called Mr. First-Nighter who invariably arrived early on opening nights and stood the front of the ticket-holder's line to taunt those in the ticket-buyers' line, or especially those who got turned away when a show was sold out: "Ha-ha! You should have gotten hear earlier! I've got my ticket! Ha-ha!" Our owner/manager finally had to tell him that wasn't very nice, and how would he feel if somebody did that to him? He toned it down after that, but he still couldn't help smiling as if he were about to burst.

Like so many things in life, brand new shiny movies hold a magical appeal... at least until you see them. Afterwards, even if you really liked the picture, it loses some of the luster it had only a couple hours ago when it was still something to look forward to. Now that it's a known quantity, you've ingested it, and you think, "Well, what's next?" You may be exhilarated, even blown away by the movie, and that undertaste of unquenched desire remains. Once you can have something, you've had it. Cotton candy always looks better than it tastes when it evaporates in your mouth.

In days of yore, even before "Jaws" created the first "summer blockbuster," the exhibitors' strategy was to wait until the last minute to open the doors. The theory was that the more people who saw the lines around the block, the more they'd want to get in on whatever it was everybody else just had to see -- best advertising imaginable next to actual word-of-mouth. (After all, they were standing in such long lines to see it.) The culture of camping out in lines for "Star Wars" in 1977 became a pop phenomenon in itself. And when a theater had to turn away people? They didn't see that as lost income. It was fantastic: Now those people whose desire had been thwarted were more determined than ever to see what they were missing out on. 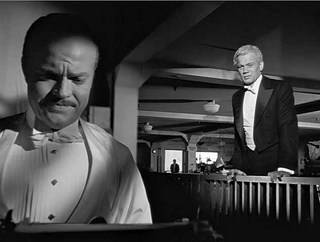 Recently, we've seen more media outlets -- newspapers, web sites, TV -- breaking review dates than I can remember. The agreement between distributors and press has always been that reviews were to be held until opening day. But, of course, the studios themselves have been breaking faith with this practice by holding midnight screenings on Thursday nights (yes, technically Friday morning) in order to boost their weekend box office figures. If a movie opens at midnight, running a review on that day makes some sense.

But the fanboy mentality has now extended into the newsrooms of some of our biggest and most prestigious papers (though not, god bless 'em, the New York Times -- yet). Critics are actually running "teases" for their own reviews as soon as they come out of the press screenings. That way you know if they liked or disliked the movie without having to actually read their reviews. How wonderful. How revolutionary. I wrote about this absurdity when Variety ran a "preview" of its critic's "Indiana Jones and the Kingdom of the Crystal Skull" review while he was still writing it. When he was done, a couple hours later, the full review went up. Whew. The suspense was unbearable.

I asked Roger Ebert what he think about these, um, crock-teases. Here's what he wrote in e-mail: "I do not believe in early teases. They are frustrating to readers, and no way to review movies, and make the reviewers look like shills." Yes they do. But so many reviewers are perfectly willing to play that role.