The median-est of all movie lists of the decade 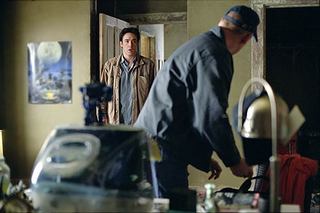 You're going to be seeing a sufficient number of lists between now and the end of 2009 -- on that you can rely -- but the most middling of all movie lists has at last been composed by filmmaker David Wain ("Role Models," "Wet Hot American Summer"):

"David Wain's Middle Ten Neither Best Nor Worst Movies of the Decade."

"Obviously," he writes in an explanatory foreword, "there were A LOT of great contenders over the last decade. But only 10 can be in the middle, so here are my picks..." When mediocrity is the chief criterion, questions arise: Are these really the most moderate accomplishments of the '00s? How strongly do you feel about that? Is today Tuesday? And now, as @davidwain tweeted: "Let the discussions begin!"

Jim's comments: To no one's surprise, directors Gary Fleder and Marc Lawrence landed solidly in the middle ground of achievement here. Tom Hanks has two vehicles on the list, which does not beg but rather raises the question: Would he qualify as the decade's most middling actor? Or would that distinction more properly fall to, perhaps, Will Forte or Bruce Altman or Amanda Peet? Does the presence of Dustin Hoffman automatically make a movie more mediocre, and if so, by how much? Where did I park the car? There's a lot of theoretical mediocrity to chew on here... What makes a movie run-of-mill for you?

Coming Soon: The Most-Moderately Unique Films of the Decade!