The Magnificent Ambersons: What's Past is Prologue

I've always felt Orson Welles' second feature, the memory-movie masterpiece "The Magnificent Ambersons," got a bad rap because: 1) it isn't "Citizen Kane"; and 2) it isn't the perfect creation Welles intended it to be because, as we all know, RKO re-cut and re-shot parts of it, including the last two scenes (which are so not Welles they don't really affect you much; they're like background noise that wakes you out of a deep sleep). Well, OK, "Ambersons" isn't "Kane" -- it's not as much fun as "Kane" (few movies are), but it's every bit as accomplished and it goes deeper into its characters and its evocation of the past. And, yes, I'd give my (fill in portion of anatomy here) to see the lost footage restored (although you can read the cutting continuity of the unfinished 132-minute version Welles left behind when he went to Brazil in March, 1942, and see stills of the missing scenes -- so you can imagine the finished movie, even if you can't actually see it). 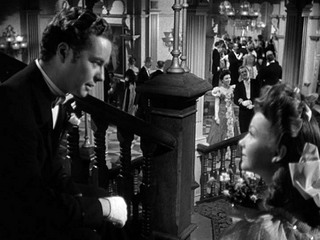 All of this is to say that AltScreen has published a long piece I just wrote about this, one of my favorite movies. It begins with a more-or-less shot-by-shot analysis of the nine-minute prologue, and how it sets up everything else in the movie. You can read it here: "The Magnificent Ambersons: The Past is Prologue." The film has only recently been made available on Region 1 DVD (and even then as an Amazon-only bonus with the new Blu-ray of "Kane," though it shows up on TCM occasionally). A few excerpts, to give you a taste: 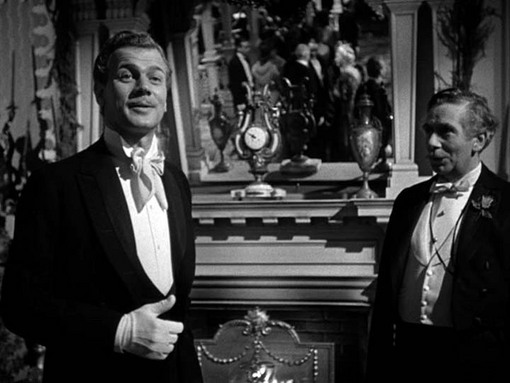 "I can remember everything. That's my curse, young man. It's the greatest curse that's ever been inflicted on the human race, memory." - Joseph Cotten as Jed Leland in "Citizen Kane" (1941)

"Citizen Kane" may be classical Hollywood's most commemorated monument, but Orson Welles' somewhat hard-to-see and undervalued follow-up, "The Magnificent Ambersons," remains one of the cinema's greatest memory-movies. In both Welles' film and the Booth Tarkington Pulitzer Prize-winner from which it's adapted, the romantic automobile inventor and entrepreneur Eugene Morgan (Jospeh Cotton) keeps his sights trained on the future, for better and for worse. But Eugene is wrong about the "old times," at least for his friends the Ambersons and the Minafers. For them, the present and future are ruled by their past, or their faulty illusions of it-until time itself rolls right over them and leaves them in the dust.

For in "The Magnificent Ambersons," there are no times but old times, and that's true from the first frame. Everything to come is present in the prologue, a prism through which all that follows is refracted.... 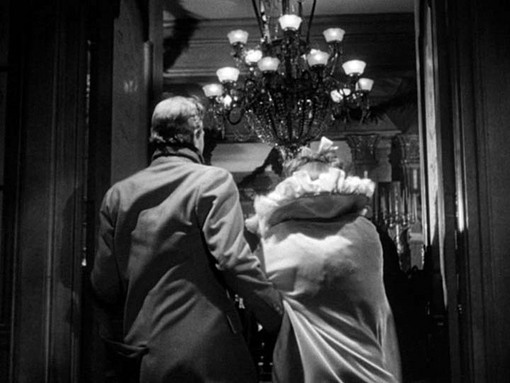 The camera sweeps along in the wake of a man and a young lady, Eugene and his daughter Lucy (Anne Baxter), through the front doors of the Amberson manor, greeted by the butler we saw twice turn Eugene away from these same doors years earlier (and at which George will later deny Eugene access to Isabel again). In The American Cinema, Andrew Sarris described a pivotal shot on a stairway in Max Ophuls' Letter From and Unknown Woman as "the definitive memory-image of love." (And Ambersons is Welles at his most Ophulsian.) This movement into the house -- the whoosh of the wind ruffling the couple's winter collars, the tinkling of the chandelier -- is, for me, the movies' definitive memory-image of memory. As they enter, the warmth of the familiar past embraces them, offering the comfort and joy of old friends and the promise of renewed acquaintance. (And then there's George, stiffly receiving guests with a handshake and the rote greeting: "Remember you very well indeed," when he has no more memory of those he's met before than those he's never heard of.) 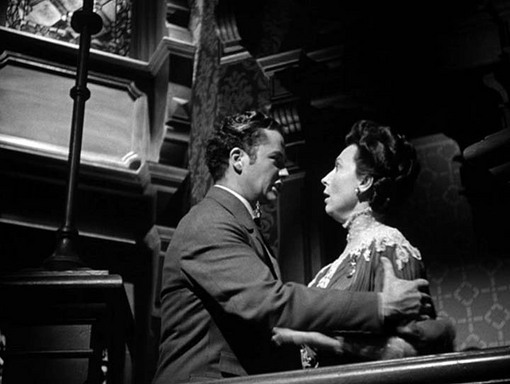 Let's pause once more, to acknowledge that in a film of splendidly complex performances (excepting Anne Baxter's slightly stiff turn as Lucy), Agnes Moorehead, nominated for a best supporting actress Oscar for Ambersons, towers above all. Her Aunt Fanny -- petty, spiteful, whiny, self-pitying, deliriously unhinged at times -- is one of the great pieces of acting in American movies. The dry despair cracking her voice as she slumps against the water heater, the awareness that brings on her breakdown -- "It's not hot! It's cold!" (remember the chorus: "Hot and cold running water!" "Upstairs and down!") -- still gives me chills as cold as the disconnected boiler.

But Moorehead was just too much for the preview audiences in Pamona and Pasadena who turned up to see either James Cagney as a bush pilot in "Captain of the Clouds" or Dorothy Lamour and William Holden in the Paramount musical "The Fleet's In," but were treated to a bonus preview of a two-hour "Magnificent Ambersons." Editor Robert Wise, late in his life, told Mike Thomas: "The [preview] audience disliked it, they walked out, they were laughing at Aggie Moorehead's character and it was an absolute disaster. So what were we going to do with it? We went back and cut out the scenes with Aggie Moorehead where they were laughing at her over-the-top performance." What remains is magnificent, and won Moorehead the New York Film Critics Cirle award for best actress, but as Welles told Bogdanovich, the boiler scene is "only half of what it was because people laughed when it was previewed. Some lumpen Saturday night audience... The whole distance would have flayed you alive -- Aggie was that good." 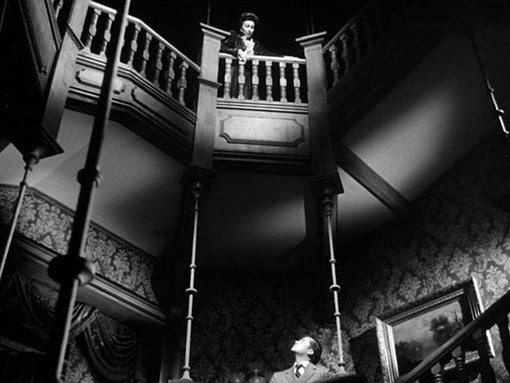 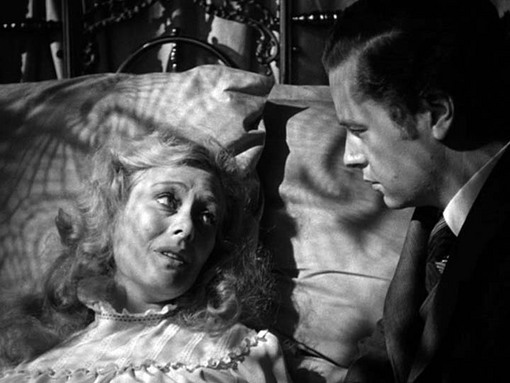 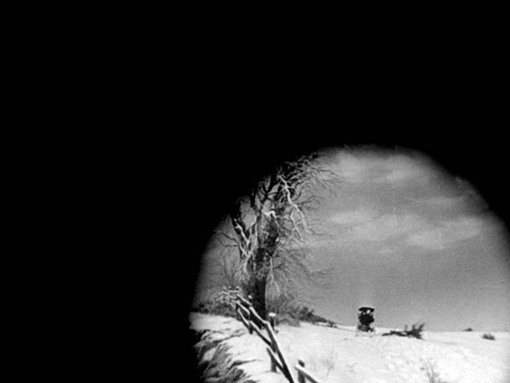 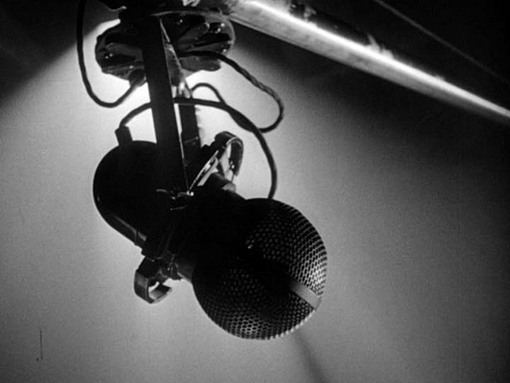