The Golden Age of Cinemania is Now 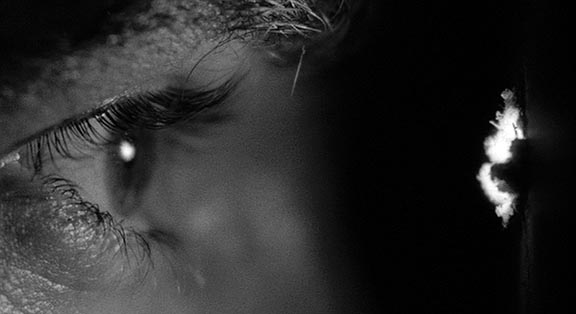 Alas, Manohla Dargis wasn't fond, as I was, of Eric Rohmer's "Romance of Astrée and Céladon," Juan Antonio Bayona's "The Orphanage" or Ira Sachs' "Married Life" -- all of which (and more, as usual) are being repeated after their Toronto showings at the New York Film Festival.

But in her overview of the NYFF, she reminds us of the importance of film festivals -- and the word-of-mouth generated on the web -- to the viability of world cinema in the US market:

[The NYFF's] willingness to go beyond its comfort and perhaps even its geographic zone feels especially urgent now because it won’t be long before the old art-house faithful start slipping away like Antonioni and Bergman. Cinemania is alive and well on the Internet, notably in blogs, where young movie nuts rant and rave and help cultivate one another’s cinematic interests. This is heartening, but film — especially the kind that distinguishes this year’s edition of the New York Film Festival — needs more than passion. It needs an audience, a paying public. If we don’t cultivate a new generation of movie lovers who get excited at the very idea of a Hou Hsiao-hsien film, we may as well hold a memorial service for foreign-language-film theatrical distribution right now.

Advertisement
All too true. When I was in college, programming the student film series, local art-house exhibitors understood that showing foreign and specialized films (even older Hollywood movies)to students on campus for a buck-and-a-half per double bill on Friday and Saturday nights wasn't a form of competition or a threat to their ticket sales. It was a way of building an audience for them. Today, that kind of evangelism is happening right here, on the World Wide Internets. (That was the goal of the recent "Top Foreign-Language Films Poll -- to spread the word, get people started..)

I was relieved, and gratified, that so many cinephiles younger than me still cared about Bergman and Antonioni, and still had so much to say (and even more they were willing to discover) about them when they died. I wonder, in fact, if perhaps the giants (or dinosaurs) like Bergman and Antonioni matter more to people in their 20s, 30s than they still do to people of their own, or my, or Jonathan Rosenbaum's generation.

Which (by free association) reminds me of this essay by Rick Perlstein ("What's the Matter with College?") in Sunday's New York Times Magazine.

You used to have to go to college to discover your first independent film, read your first forbidden book, find freaks like yourself who shared, say, a passion for Lenny Bruce. Now for even the most provincial students, the Internet, a radically more democratic and diverse culture — and those hip baby-boomer parents — take care of the problem.

I'm one of those people who never wanted to stop going to college. Make that "never wanted to stop taking classes" -- because, even though it took me a while to consciously realize it, the day I stop learning (or wanting to, anyway) is the day I'm dead. I submit that the greatest classroom the world has ever known is now (literally) at your fingertips. My class schedule isn't temporally or geographically definable, but it's virtually round 'round the clock, just about wherever I am. How about you?