The Evil, the Bad and the (Self-)Important

When she put "The Boy in the Striped Pajamas" on her Worst Movies of 2008 list, Entertainment Weekly's Lisa Schwartzbaum referred to the Holocaust melodrama as "Honey, I Gassed the Kids." And, if she honestly believes the movie is as awful as she describes it (and I have no reason to think she doesn't), it is her moral duty as a critic to pummel it with everything she's got. A "dumb summer comedy" can be awful, undendurable; an irresponsible or simpleminded film that exploits and trivializes a "powerful subject" (genocide, racism, pedophilia, rape, suicide, torture, any number of historical atrocities) can be flat-out evil -- precisely because it presents itself as Serious (or Risky or Important or Challenging) Cinema. If filmmakers choose to play with fire, they'd better be morally and artistically equipped to handle the responsibility, or they deserve to get burned. 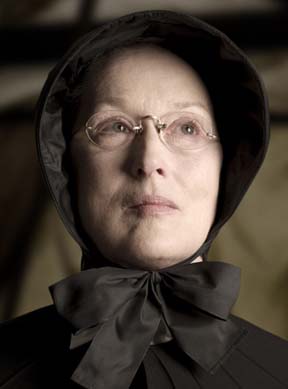 "The moral of this outrageous, British-accented nonsense appears to be that if you build a death camp, sometimes the wrong people get killed," Schwarzbaum wrote. "Not for the last time, alas, has the Holocaust been co-opted into a kitschy 'universal' story of 'tolerance' about how we're all 'one.' But this one is supposed to be a story for children!"

I can't vouch for Schwarzbaum's take on "The Boy in the Striped Pajamas" (although that title made me throw up in my mouth a little, as they say) because I haven't seen it, but I know exactly what she means. I feel the same way about the denial fable of "Life is Beautiful." (Protect your kid from the cruelty and stress of immediate danger by telling him death camps are just fun 'n' games! While you're at it, why not tell him that if he throws himself under a truck it will just bounce off him? And he can really fly if he wants to, too! Don't shatter his dreams!)

As A.O. Scott wrote in a beautiful, insightful New York Times piece about the annual promotion of Holocaust movies, particularly British and American ones, for prestigious high-profile awards consideration (under the memorable headline "Never Forget. You're Reminded):

If the Holocaust can inspire a great work of art, then it can also incubate the ambition to achieve such greatness, and thus open itself up, like everything else, to exploitation, pretense and vulgarity. Worse, the aura that still surrounds this topic -- the sense that it must be treated with a special measure of tact and awe -- can be appropriated by clumsy, sentimental and meretricious films or books, which protect themselves from criticism by a cloak of seriousness and piety. Thus the immodest indecency of a movie like Roberto Benigni's Oscar-winning "Life is Beautiful" was, during its initial period of triumph, deflected onto those with the temerity to criticize it. Those who resisted its manipulative juxtaposition of sweet, childlike innocence with barbarity were accused of lacking the gravity and sensitivity that Mr. Benigni's travesty required.

And a similar defense is invoked, explicitly or implicitly, so routinely that it calls forth cynicism. Why do opportunistic, clever young novelists -- I won't name any names -- gravitate toward magic-realist depictions of the decidedly unmagical reality of the Shoah? For the same reason that actors shave their heads and starve themselves, or preen and leer in jackboots and epaulets. For the same reason that filmmakers commission concrete barracks and instruct their cinematographers and lab technicians to filter out bright, saturated colors. To win prizes of course.

A critic's job is to make a case for his or her point of view. Readers of this blog know that I have excoriated what I consider to be vulgar, pretentious and meretricious exploitation/propaganda movies such as "Life is Beautiful" (and, in non-Holocaust categories, "Mississippi Burning," "Dead Poets Society," "Crash," "Natural Born Killers," "American Beauty"...) that, intentionally or not, sentimentalize and indulge the specious xenophobic fantasies of the audience. This is why Kevin Smith and Adam Sandler -- no matter how stupid and inept and insulting as their pandering may be -- can never be as evil-affirming as Paul Haggis or Alan Parker. Unless they try a lot harder to be Important. [I have been persuaded -- see comments below -- that dumb comedy can indeed be as evil as serious pretension on occasion.]

What is important is that we are able to articulate what we see. I had dinner with some friends recently, a couple who have been together for a couple months. He loves "Jerry Maguire." She has always loathed it, especially its attitude toward women. But he explained to her what he sees in it, and she can respect that, even if it's not what she sees. At least she knows he doesn't love the movie for the same reason she hates it. As I told them, I've often read critical accounts of movies I stoutheartedly champion and have thought: "Well, if that's the movie I saw, I'd hate it, too! But it's not, because..."

Finally, my respects to Stephanie Zarachek of Salon.com, too, for one of the most enjoyable opening paragraphs I read this year, in her review of "Doubt." Again, I haven't seen the movie yet, but appreciate her take -- which is uncannnily like what I took away from the god-awful trailer I was unfortunate enough to encounter:

John Patrick Shanley's "Doubt" has an insurance policy built right into its title: Have no earthly idea what point Shanley is trying to make? It's all good -- you're just having Doubt! Clueless as to whether you're supposed to think one of the lead characters, Father Flynn (played by Philip Seymour Hoffman), is a pedophile, or just a harmless, compassionate, gay and/or gay-friendly priest? Step right up -- and let your Doubt flag fly! Wondering why the mother of a boy who has possibly been sexually abused (she's played, to a near-miraculous level of believability, by Viola Davis) would just kind of shrug her shoulders and say, "Whatever -- as long as he makes it to graduation"? Jump on the Doubt train, my friend! Nothing in "Doubt" -- which Shanley directed, adapting his own Pulitzer Prize-winning stage play -- is certain, definitive or clear. Least of all the filmmaking.

I would like to re-word that paragraph for "The Dark Knight" or "Synecdoche, New York," or... but that's another post.