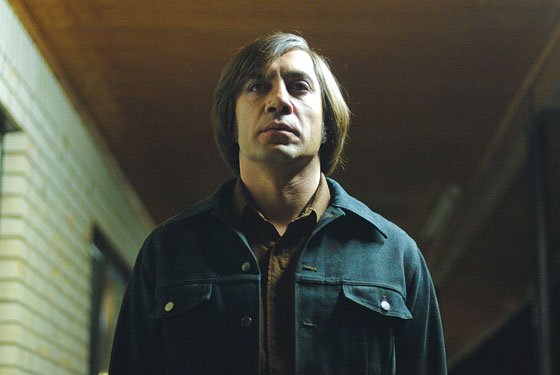 Here's a sampling of various political/ideological (and generic) readings of Joel and Ethan Coen's "No Country For Old Men." This just gets more and more fascinating to me -- probably because I would not emphasize such an approach to the movie myself. (Not that all the following do, either.) I'm frustrated that, before I can write about "No Country" again with a fresh memory, I have to wait another week for it to open in Seattle. For now, a critical debate/montage from multiple perspectives -- those who love it and hate it and have mixed feelings:

The mechanics of "No Country for Old Men" recall those of a vintage film noir, and in that respect, the movie is brilliantly executed, as gripping and mordantly funny a treatise on the corrosive power of greed as "The Killing" and "The Treasure of the Sierra Madre" were before it. [...] 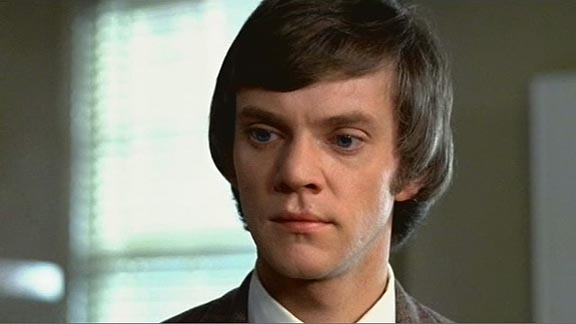 It’s easy to imagine how the Coens, whose Achilles’ heel has always been their predilection for smug irony and easy caricature, might have turned McCarthy’s taciturn Texans into simplistic Western-mythos archetypes — the amoral criminal, the righteous peacekeeper, and the naive but basically goodhearted rube in over his head. Instead, they’ve made a film of great, enveloping gravitas, in which words like “hero” and “villain” carry ever less weight the deeper we follow the characters into their desperate journeys. Like McCarthy, the Coens are markedly less interested in who (if anyone) gets away with the loot than in the primal forces that urge the characters forward. “They slaughter cattle a lot different these days,” sighs a weary Bell late in the film. But slaughter them they still do, and in the end, everyone in "No Country for Old Men" is both hunter and hunted, members of some endangered species trying to forestall their extinction.-- Scott Foundas, LA Weekly

... [T]he Coens have made a crime movie that seems quietly aghast at the likelihood of death and menace occurring on American soil. Unlike "American Gangster"’s sensationalized crap, this is a crime movie/western exercise that contemporizes the miasma of a world at war. [...]

Coen artistry heightens our level of perception. They reveal the first murder with an astonishing image of shoe sole scuff marks on a jail floor that looks as avant-garde as a Jackson Pollack painting—a harbinger of modern chaos that puts post-9/11 terror in artistic focus. But not sentimentally. When Sheriff Bell expresses existential fatigue, the sorrow he vouchsafes to his father is actually spoken to himself (thus to us in the audience). And still, the Coens contextualize: Bell is brought to reality when his father tells him, “What you got ain’t new. Can’t stop what’s coming. Ain’t all waiting on you. That’s vanity.” The Coens make that wisdom mythical and all encompassing—from Vietnam to 9/11 to Iraq and to the Texas homeland.-- Armond White, New York Press (headline: "A crime movie for a world at war")

The most rewarding thing about "No Country" is the way in which its narrative is set up as a singularly unstoppable force, a shark constantly moving forward (every scene seems to have a goal, every frame initially gives off the impression of tightly relaying crucial plot information), only to allow itself to purposefully break down, both in terms of resolution and traditional narrative payoffs. What initially seems perfectly calibrated and dazzlingly "efficient" is finally revealed as a false comfort: the film's trio of sad characters will probably never be able to emerge from its shadows. The trail of bloodshed that occurs in the wake of the film's central crime feels increasingly less like whiz-bang noir pastiche and more like the final actions of a nation in irrevocable moral decline.-- Michael Koresky, IndieWIRE

By locating the action in the year of Ronald Reagan's ascension to the presidency, though, "No Country" stands at the pivot of the Old West and the New Avarice, a point in time when the last vestiges of frontier morality have been washed away by a pitiless modern crime wave fueled by drug profits.-- Ty Burr, Boston Globe

The story takes place in 1980, but cut out the cars and the drugs and we could be in 1880—look at Bell and his deputy, saddling up to scour the crime scene. (“You can’t help but compare yourself against the old timers,” Bell confides to us, in voice-over.) Indeed, the characters’ rapport with the soil is more reliable, in its grounded primitivism, than their relations with one another, and the Coens certainly honor the novelist’s abiding preference for the mythical over the modern.-- Anthony Lane, The New Yorker

One reason I tend to dislike movies about psycho killers is that I can’t respond to them with the devotion I feel is expected of me. I’m too distracted by the abundance of these characters on-screen when they rarely appear in real life, and by how popular they seem to become whenever we’re fighting a war. [...]

[The Coens] even manage to acknowledge briefly the relevance of all this mayhem to the present occupation of Iraq (albeit somewhat anachronistically, as the action is set in 1980). At one point, Bell ruefully reflects to a colleague, “It’s just all-out war—there isn’t any other word for it,” and goes on to comment about the sad times we’re living in, when some people even resort to senseless torture, making particular allusion to Abu Ghraib by mentioning a torturer placing a dog collar around the neck of one of his victims. 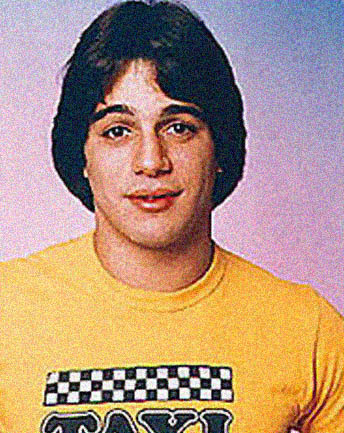 But just because the Coens are hip enough to know the contemporary audience they’re addressing doesn’t mean they have anything to say we don’t already know, about Abu Ghraib or anything else. What I suspect they’re really offering us is a convenient cop-out: we can allow dog collars to be used even while we hypocritically shake our heads at the sadness of it all. -- Jonathan Rosenbaum, Chicago Reader

...[B]ut this landmark of a movie is fresh territory for the Coens, accused, often unfairly, of glib facility and lack of passionate purpose.... Good and evil are tackled with a rigorous fix on the complexity involved. Recent movies about Iraq have pushed hard to show the growing dehumanization infecting our world. "No Country" doesn't have to preach or wave a flag — it carries in its bones the virus of what we've become. The Coens squeeze us without mercy in a vise of tension and suspense, but only to force us to look into an abyss of our own making.-- Peter Travers, Rolling Stone

Chigurh is out to retrieve a MacGuffin (briefcase full of cash), and he simply eliminates anything or anyone that gets in his way, using whatever means are available to him. The plain fact that he favors an efficient tool for quickly dispatching cattle (something not uncommon in Texas ranch country) reinforces how little emotion he attaches to the killing of most of his victims. He'll just as soon strangle them or shoot them. Or maybe he won't, if he has nothing to gain. [...]

Perhaps if Chigurh needs to be reduced to an "emblem" of something, it's ruthless, indifferent force in the single-minded pursuit of any goal (religious, financial, political, genocidal).-- Jim Emerson, Scanners

Death walks hand in hand with Chigurh wherever he goes, unless he decides otherwise. Clearly a killer by profession, the lucid, direct-talking man considers anyone else who crosses his path fair game; if everything you've done in your life has led you to him, he may explain to his about-to-be victims, your time might just have come. "You don't have to do this," the innocent invariably insist to a man whose murderous code dictates otherwise. [...]

[The Coens] have also beefed up the laughs, the majority of which stem from the unlikely source of the cold-blooded Chigurh. From the outset, the powerful and commanding Bardem leaves no doubt that Chigurh would just as soon kill you as ask you the time of day. His conversation brooks no nonsense or evasion. But it is the character's utter lack of humor that Bardem and the Coens cleverly offer as the source of the character's humorousness, and the actor makes the most of this approach in a diabolically effective performance.-- Todd McCarthy, Variety

Got anything you'd care to add to the discussion?
Advertisement