The Basterds who would not die! 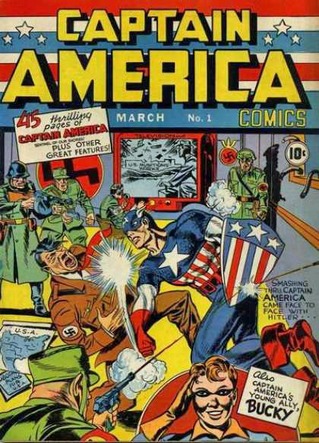 As a number of online critics have noted, Quentin Tarantino's "Inglourious Basterds" has inspired some of the most exciting critical discussion of the year. I'm grateful to Dennis Cozzalio at Sergio Leone and the Infield Fly Rule, who has been a big part of that discussion, for pointing out one of the most penetrating pieces on the movie yet, "For Bravery: Das Unheimliche and INGLOURIOUS BASTERDS" by Chris Stangl at The Exploding Kinetoscope.

Although I think he misinterprets something I wrote (and I'll get to that later), he's a superb writer who has an affinity for Tarantino's work and an ability to articulate it compellingly.

Stangl offers inspired analysis of the structures and character games in Tarantino's films; the invocation of decadent "Nazisploitation" (from "Ilsa, She-Wolf of the SS" to Visconti's "The Damned") among the layered movie textures in "IB"; Tarantino's use of deep focus "to impart as much information as possible in a shot"...

(All spoilers ahead.) I love his characterization of Nazi war hero/movie star Fredrick Zoller as a character who thinks he's in a romantic comedy, stubbornly refusing to face certain facts about his own uniform: "There are, in the end, those things Nazis believed, things they did, which cannot be made up for by doses of charm, frailty and circumstance." (Stangl is also one of the few writers to acknowledge Zoller's sexual feelings of entitlement "as occupying force," when he bursts into Shoshanna's booth and threatens her, proudly citing the three hundred men he killed as evidence he's not the kind of man you say "no" to.)

I began one article by comparing "IB" to (among a laundry list of other things) a wartime propaganda cartoon ("Herr Meets Hare"), Stangl begins by citing the cover of the first Captain America comic book, created by Jewish artists who "correctly guessed that their audience wanted to see the Nazi leader cracked in the mouth." So, what of the concept of "Jewish revenge" in "Inglourious Basterds?" Stangl writes:

We never see the Basterds or Shosanna Dreyfus behave or react to the world in any particular way reflective of the Jewish experience, but their ethnicity is fuel for the plot engines and bolsters the righteousness of the murders and mutilations that serve as the only twisted justice of the "Inglourious Basterds" universe. [...]

One of the basic reasons we go to the movies is their bottomless capacity for wish fulfillment fantasy. It is a shade of escapism, or perhaps vice versa. These wishes and their cinematic granting may be base, unhealthy, cathartic, pathetic, unarticulated, mysterious or unhealthy. The movies provide a potentially powerful and relatively safe arena for working it out. [...]

A fantasy of vengeance is not the same as a wish for justice, as moral instruction, as poetic justice, as a prescription for behavior. It may be weird, it may not be the voice of our better angels, but it is a real human impulse.

Beautifully put, and it captures what Stangl calls the "headspace" in which the movie takes place: "Movieland, in Movie History where Movie People operate on Movie Rules. This is not the same as saying the film operates with weightless unreality, that situations are not serious in any way."

That's part of what I was saying when I wrote:

A wily WWII Looney Tunes propaganda movie that conjures up 1945's "Herr Meets Hare," (in which Bugs Bunny goes a-hunting with Hermann Goering in the Black Forest; full cartoon below) and the towering legends of Sergio Leone's widescreen Westerns -- and about a gazillion other movies and bits of movie history from Leni Riefenstahl to Anthony Mann to Brian de Palma -- Quentin Tarantino's "Inglourious Basterds" is a gorgeous and goofy revenge cartoon, a conceptual genre picture about the mythmaking power of cinema. Re-writing history? That's missing the point by several kilometers. This is pure celluloid fantasy -- an invigorating wallow in the vicarious pleasures of movie-watching by someone who would rather watch movies than do anything else in the world. Except maybe talk about them.

Stangl seems to think I'm merely repeating the standard-issue criticism of Tarantino as slight because he only makes movies about movies:

Jim Emerson makes the agreeable but problematic comparison to Warner Bros. cartoons about Bugs Bunny tormenting Axis powers with Brooklynite pluck -- implication being, if it is all a cartoon, not to take it seriously... even while he takes the movie pretty seriously. It's the reading method of the Dana Polan BFI volume above: "Those who like this film do so because it doesn't seem to have anything to say and renders the cinematic experience as pure play." This hardly accounts for any viewers deeply moved in the heart or powerfully stimulated in the head by Basterds...

I hope that by taking movie pretty seriously I show that I was not implying that "IB" is not to be taken seriously. Besides, I thought that particular cartoon comparison was a pretty hefty compliment. Some of the best movies ever made are Looney Tunes, and there's a bit of Bugs Bunny wish-fulfillment running through all Tarantino's movies. (As Chuck Jones said: "Bugs is who we want to be. Daffy is who we are.") What I did say is that I don't think the film is offering moral object-lessons and that I do not think it is meant to be "an emotional experience" so much as a visceral and conceptual one. That is where its pleasures, and Tarantino's particular talents, lie. The constant reminders of the movie's movieness create an aestheticized distance (Brechtian? Godardian? Tarantinian?) that does not encourage emotional involvement. He's more interested in playing with/deconstructing the familiar techniques that provoke those emotional responses from the audience. (It's easy to push buttons and get emotional responses when you're dealing with Jews and Nazis. See Tarantino's own comments about how he wanted to avoid the "hand-wringing" Holocaust sub-genre that has become so popular in recent years.) 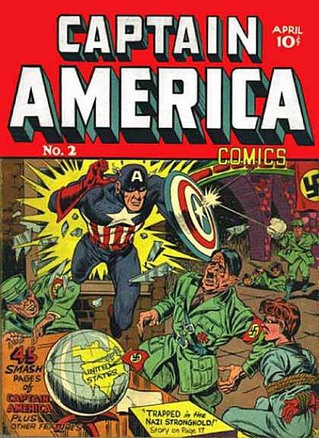 And yet, that certainly doesn't mean people won't have emotional responses. It would be absurd for me to tell anybody they can't be moved by something if, in fact, they are moved by it -- whether by conventional movie conditioning or something more subtle or personal. Indeed, I also wrote that I sometimes found myself moved by Tarantino's filmmaking itself ("the flow of images") and the ways he interpolates other movies into his own universe (the image from "The Searchers"; the shot of Shoshanna and Zoller dead on the floor of the projection booth as the film inexorably unreels...). "Meaningful," "serious" and "emotional" are not synonymous, and neither are their antonyms. To say that something is not emotional does not mean it is not meaningful or serious.

On the other hand, obviously, just because somebody has an emotional response to a film does not alone mark it as a work of superior quality. (All the crying in the world isn't going to make "Out of Africa" or "Flashdance" a better movie.) By which I mean to say that pointing out whether a movie does or does not operate as a primarily "emotional" experience isn't a value judgement unless the movie itself demands to be viewed in those terms. Tarantino's movies don't. Even the massacre of Shoshanna's family is presented as the bravura climax of a tense conversational set-piece. (Stagl nails it: "'Kill Bill,' 'Death Proof' and 'Inglourious Basterds' are structured as strings of conflict with nearly self-evident resolution, giving off an unbearable heat of suspense because we know they will end but cannot tell when.") As I said before:

[Chances] are very good you're not gonna get misty-eyed at a Tarantino picture -- unless that shot that so beautifully echoes "Once Upon a Time in the West" or "The Searchers" or "Carrie" (QT's a big De Palma fan) gives you goosebumps from its sheer gorgeousness. But Tarantino is not rapturously operatic like De Palma can be; he's harder, drier. He provides textural and intellectual pleasures, but little in the way of complex emotion. I suppose it is possible for, say, a Warhol silkscreen or a Schwitters collage or a Lichtenstein comic-painting to get an emotional response from you, but that's not really what they're particularly good at. Like them, Tarantino is a conceptual talent, an abstract pastiche pop-artist, and that's primarily how his films function.

I've found myself saying it over and over: "Inglourious Basterds" is a movie that leaves room for a range of responses and interpretations, ambiguity and ambivalence. Overall, I think it is, above all, a pretty straightforward revenge movie -- with generic twists, of course. And it allows other readings to coexist, as well. One doesn't exclude all others.