Teaching the controversy: Why won't he deny raping and killing? 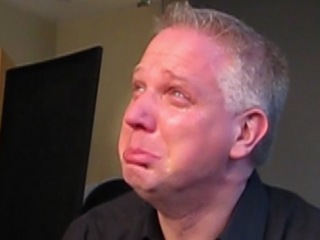 A new critical thinking meme: This web site features a grating parody of the "Leave Britney alone!" video at the top of the page, and proceeds to explain its purpose:

Yes, it's a dead-on satirical joke -- simply parroting the very phrases used by the Rush Limbaughs, Glenn Becks, Sarah Palins, Birthers, Bushies, LaRouchies, Dining Room Tables, Creationists/Intelligent Designers, etc. It's all based on the old logical fallacy known as "negative proof," the implication that something is true only because it hasn't been proven false: "We know Saddam has WMDs because he won't prove that he doesn't." "Where does it say there are no death panels?" "We know these detainees are terrorists because at no time since they have been arrested and held in isolation without charges have they proven they are not terrorists, and the president says they would not be imprisoned if they were not terrorists." (This is where I want to have continuous instantaneous access to a clip from "The Larry Sanders Show" of Artie [Rip Torn] with his shit-eating Producer's grin saying: "Don't start pulling at that thread or our whole world will come apart.") From there, it's only a short hop to: "Why do you continue to support a Nazi policy?" "When did you stop beating your wife?"

This nonsense is usually combined with Pavlovian association and repetition. The more people hear the juxtapositions -- Saddam/9-11, detainees/terrorists, Obama/Muslim, healthcare reform/Naziism -- the more they are inclined to assume a connection where there has never been one. Does anyone honestly think Glenn "Obama is a racist" Beck raped and murdered a young girl in 1990? I don't know. I hope not, because that would put them on Glenn Beck's level. This site mimics exactly the sort of evidence and logic Beck uses to smear public figures on Rupert Murdoch's Australian gossip tabloid, FOX News. (Apparently he's on the radio, too, but I have heard no hard evidence of that.)

There's another element at work here, too, which I think of as the Johnnie Cochran Offense, after the celebrity lawyer and publicity-hound who bamboozled the O.J. Simpson jury by inundating them with so much irrelevant bullshit (from "race card" conspiracy theories to ridiculous catch phrases) that they couldn't even find the evidence anymore, much less distinguish between what was relevant and what wasn't. His goal was not to create reasonable doubt but to manufacture doubt for any reason, based on anything but reason. Because of the fantastic success of this offense in 1995, it is now the most popular approach used by those who would rather stifle argument than engage with any externally verifiable reality. (Remember it was a FOX News personality who first posited that Alaska's proximity to Russia gave Sarah Palin foreign policy expertise.)

So, as a former president once said, let's "teach the controversy."

Among my favorite comments on the site (which is actually based on a Gilbert Gottfried bit from a Comedy Central roast of Bob Saget) are these:

"I can't believe evidence as to whether or not Glenn Beck raped a girl in 1990 has not come to light! What are the law enforcement agencies doing? Every year hundreds of innocent girls go missing. How many of them have fallen prey to the murdering and raping hands of Glenn Beck? And how many more will have to suffer before we get to the bottom of this?"

It's true. I've looked and I, too, have not found one scintilla of evidence in the public record that Glenn Beck did or did not rape and murder a girl in 1990. So, where was he that year? And why did he wait all this time after 1990, until Barack Obama ran for president, to start attacking Barack Obama's presidency? To distract attention from his own crimes, perhaps? Why didn't he rape and murder a young girl during the second Bush administration? Or did he? He won't say so much as a "You lie!" to those who are accusing him and spreading these horrible rumors. What's worse, he won't even say he's sorry. Not one trace of remorse over such a heinous crime. In fact, he doesn't even have the decency to promise he wouldn't do it again, if given the opportunity. He has offered absolutely nothing in his defense whatsoever -- because he can't prove his whereabouts in 1990, much less in 2000-2008. And while I'd like to give him the benefit of the doubt, that time he poured gasoline on somebody on his show demonstrates conclusively that he's crazy and capable of... anything, including the rape and murder of a young girl in 1990.

At the bottom of the homepage is this: "Notice: This site is parody/satire. We assume Glenn Beck did not rape and murder a young girl in 1990, although we haven't yet seen proof that he didn't. But we think Glenn Beck definitely uses tactics like this to spread lies and misinformation. Read the last sentence again. That's the point. Read it a third time..."

But that hasn't stopped Beck's lawyers from trying to shut down the site -- resulting in more blowback and another manifestation of the dreaded Streisand Effect!

UPDATE: At Salon, Steve Almond has an overview of conservative pundit bestsellers that includes some thought-provoking insights into Glenn Beck's ultra-theatrical approach to entertainment:

"Glenn Beck's Common Sense" (No. 1, nonfiction paperback, 13 weeks on the list) is perhaps the boldest of the lot, which should come as no surprise. Anyone who has seen his syndicated TV show or his infamous YouTube tirades knows that Beck is a wildly imaginative performer, a man who weds the operatic impulses of the demagogue to the grim mutterings of the conspiracy theorist.

His tract, accordingly, takes the form of a direct address to the reader, in which he seeks to reassure us that he too feels a "creeping sense that SOMETHING JUST DOESN'T FEEL RIGHT. America has let thieves into her home ... Our country is about to be stolen ... Open your eyes ... These people are robbing us blind. They have set our house on fire and blocked all the exits." In short, Eeeeeeek!

We might take this as a textbook example of what Richard Hofstadter called, way back in 1964, "the paranoid style in American politics." Except that Beck is not a politician. He's an entertainer, in this case a writer indulging in a mischievous satire narrated by his energetic counterpart "Glenn Beck."

"Paranoia is a dominant concern in modern literature," John Farrell observes in his trenchant "Paranoia and Modernity: Cervantes to Rousseau," "and its peculiar constellation of symptoms -- grandiosity, suspicion, unfounded hostility, delusions of persecution and conspiracy -- are nearly obligatory psychological components of the modern hero." Ladies and gentlemen, I give you "Glenn Beck," modern hero.

The most striking aspect of Beck-as-narrator is his acute racial neuroses. It's not just that he compares Joe the Plumber to Martin Luther King -- heck, that's meant to play for laughs. It's his veritable obsession with slavery, specifically the likelihood that he (and his children and you, the reader, and your children) will be enslaved.

How will this happen? "Glenn Beck" won't say exactly. After all, he needs to leave room for a sequel. But here's a hint: It has something to do with universal healthcare.

I have to give Beck some credit for the way he suckers his audience and reaps the benefits. He's fits into the tradition of the hellfire-preaching evangelist (or televangelist) who promises apocalyptic Revelations and gets rich on donations.