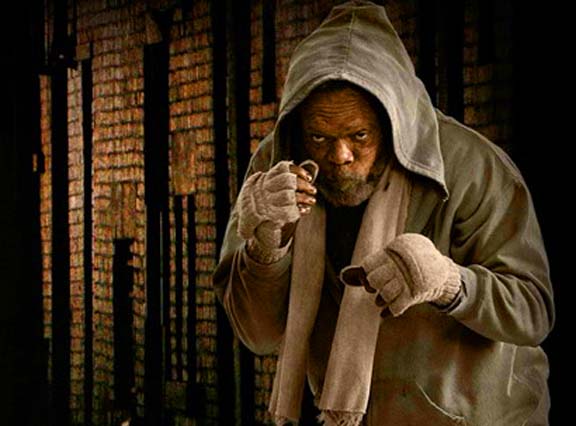 That's what flashed through my mind when I saw this top image in an online ad, anyway. One of these pictures is from a "Star Wars" movie (I forget which one, but it was Episode I, II, or III, I can tell you that). The other is from "Resurrecting the Champ," starring Samuel L. Jackson and Josh Hartnett. Can you tell which one is which?

(Hint: One of the movies does not, as far as I know, feature the Grand Master of the Jedi Order.) 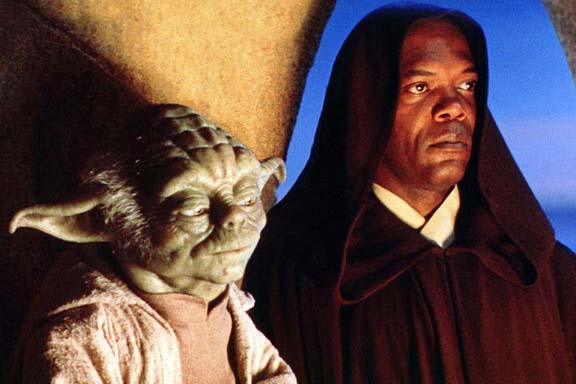 Answer: In the top image, Jackson plays an older Yoda. In the bottom picture, Yoda is played by a different actor.

Or, as pacheco suggests, perhaps the upper picture is from an "Alien vs. Predator"-type sequel, combining the "Star Wars" and "Lord of the Rings" franchises.

"Frodo's Back! And He's Old and Mean and Hanging Onto the Ring!"