Scorsese and music as storytelling: Shine a Light

Watching Martin Scorsese's Rolling Stones concert movie "Shine a Light" (2008) for the first time the other night, it struck me that Scorsese has always been extremely good at shooting and cutting musical sequences not only as if they were action set-pieces, but as narratives. Whether it's the big-band saxes and brass blowing the camera across the ballroom like a balloon in "New York, New York," or Harry Nilsson's "Jump Into the Fire" feeding the coke-fueled paranoia of Henry Hill in "GoodFellas," or the opening beats of the Ronettes' 'Be My Baby' (cut, cut-cut) launching us into Charlie's troubled psyche at the start of "Mean Streets," Scorsese uses the instruments of cinema the way a musician would. 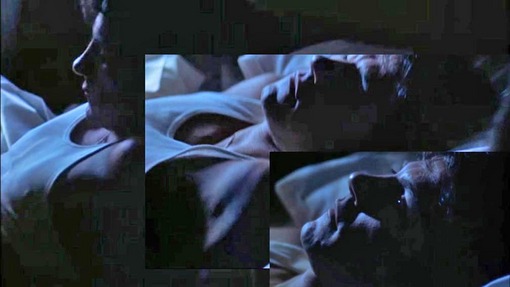 Music videos are typically cut to the rhythm (which quickly becomes tedious) and are designed to tease the viewer/listener with frustratingly brief glimpses of tantalizing images. Space and time are deliberately fractured. This has the effect of keeping the viewer hooked, always looking for that next feel-good visual fillip. In contrast, watch (and listen to) what Scorsese does in "Shine a Light." He'll pick a moment -- the strum of a guitar or a glance from one of the players -- as punctuation, to get from one shot to the next. (Also, the sound is mixed like a movie: Whoever's on the screen is usually brought forward in the mix for the duration of the shot.) 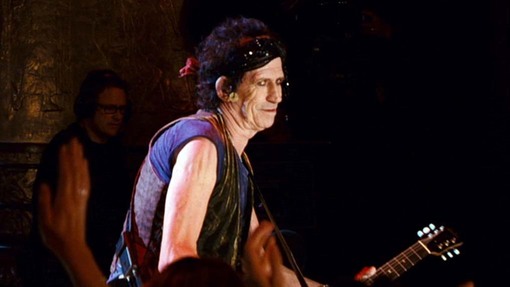 Each song becomes a coherent, choreographed piece of storytelling: And then, Mick goes out on the runway and does a dance. Keith hits one guitar chord and passes the spotlight to Ronnie for the solo. Mick moves back to make faces at Charlie, then crosses behind Ronnie to do a little call-and-response with the background vocalists... Stuff like that. 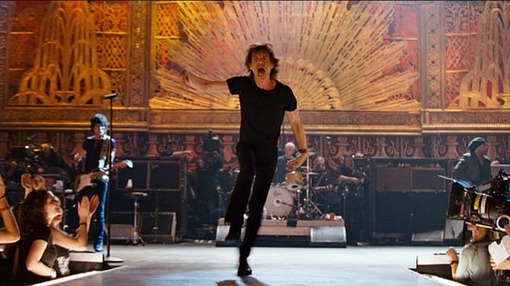 I don't know how much blocking was done in advance (the facetious prologue makes it seem as though the whole set list was sprung on Scorsese at the last minute, although there were reportedly two Beacon Theatre shows and almost all the concert footage is from the second night), but what looks so effortless cannot have been easy to achieve, especially during a live show. 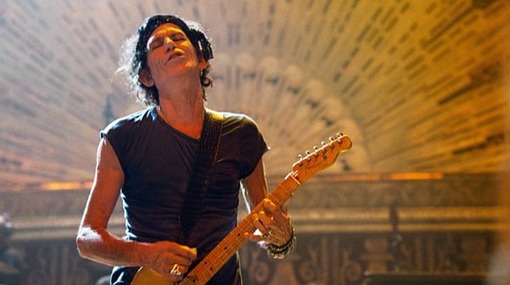 "Shine a Light" is a movie some of today's choppy "action directors" could learn a thing or three from. By alternating shots that take in much of the stage with tighter groupings of musicians, Scorsese keeps the audience aware of where the players are in relationship to one another -- which, as I say, maintains the spacial integrity and momentum of the performance and sculpts the performers' movements into a cinematic dance fuses concert and film. Pay particular attention to "Tumbling Dice," one of my favorite songs and a choreographic highlight of this set. (In one shot -- during 'Brown Sugar,' I think -- Keith Richards seems to step into another temporal dimension of pure musical ecstasy; I had to watch the shot a second time and confirm that, behind him, Charlie Watts was drumming in time with the music, to be sure it wasn't a slow-motion optical effect.) 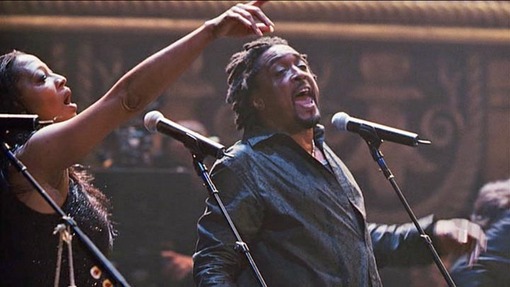 "Shine a Light" (with Robert Richardson as director of photography and David Tedeschi as editor) owes much to Jonathan Demme's Talking Heads concert film, "Stop Making Sense" (1984), which remains for me the most exciting live music movie ever made. There are a few moments in Scorsese's film that seem to acknowledge "SMS," including a shot of vocalist Lisa Fischer raising her arm and pointing to the sky. Here, for your enjoyment, are some of my favorite intimate shards of "Shine a Light." Watch for them when you see the movie...

P.S. Yes, it's true: "Shine a Light" is one of the few Martin Scorsese pictures not to feature "Gimme Shelter." 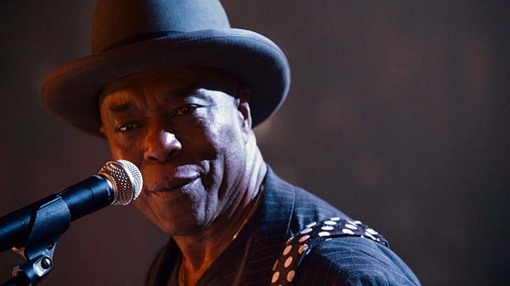 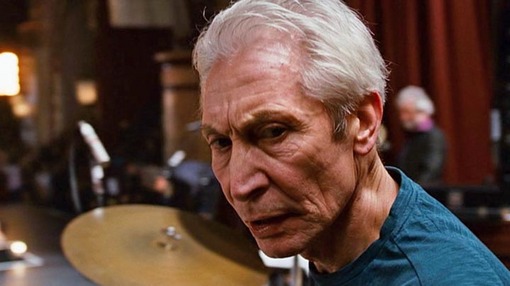 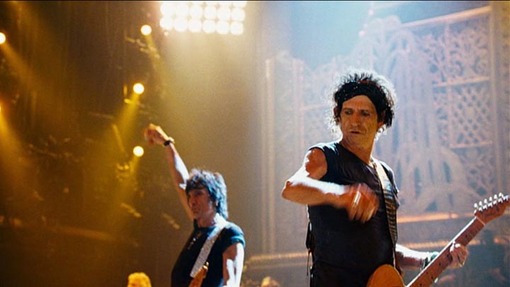 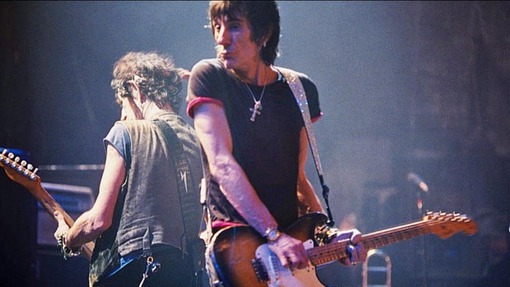 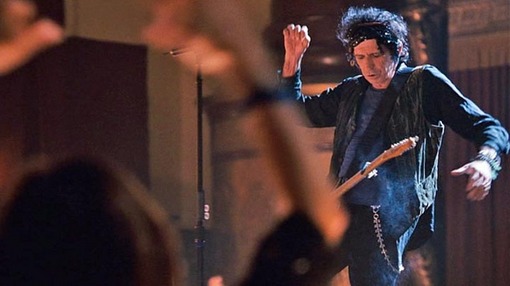 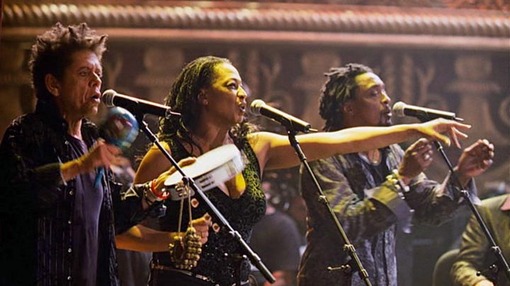 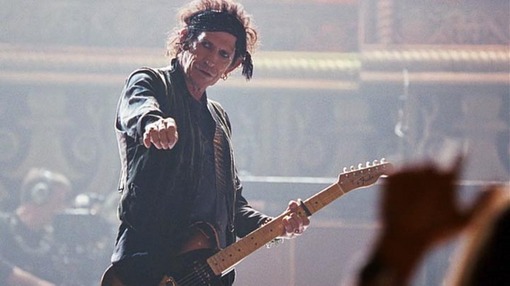 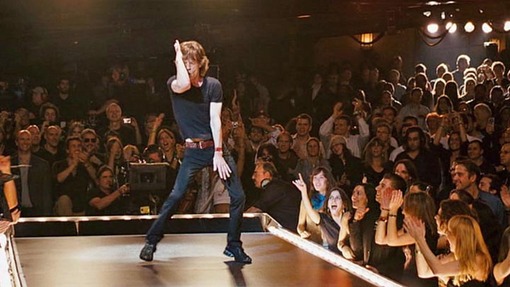 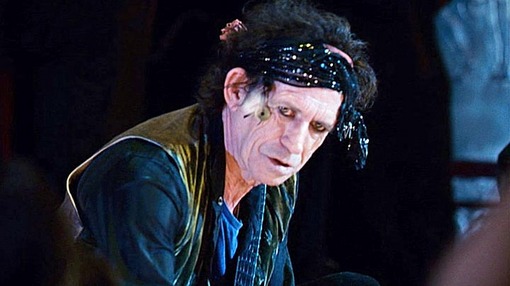