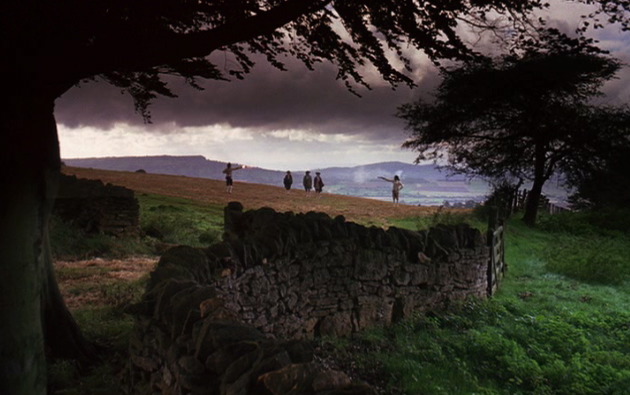 Some great (and maybe not-so-great) movies reward repeated viewings; others you may savor only once or twice. The newly redesigned Slate.com has asked several movie people what movies they've seen most often. (On my own personal list: I never tire of the crackling artistic life in "Nashville," "Chinatown," "Citizen Kane," "E.T. The Extra-Terrestrial," "North By Northwest," "Trouble in Paradise," "Fight Club," "Donnie Darko," "Double Indemnity," "Stranger Than Paradise," "Stop Making Sense"... Then there's "Animal Crackers," any Buster Keaton movie [but especially "Our Hospitality," "Sherlock Jr." and "Steamboat Bill Jr."], "Waiting For Guffman," "Dazed and Confused," "Boogie Nights" -- oh, and "Kids in the Hall: Brain Candy," an unheralded comedy masterpiece...)

Among the choices in Slate's "The Movies I've Seen the Most":

Chicago Reader film critic Jonathan Rosenbaum: "I'm very fortunate in being able to cite Jacques Tati's "Playtime" as both the film I've seen the greatest number of times and my favorite movie. I first saw it 38 years ago and suspect I've seen it somewhere between 30 and 40 times. I like to see it again and again because I find it inexhaustible, the way a favorite piece of music is, and something that never looks exactly the same when I see it again because I watch it differently; each time, my gaze dances in a somewhat different way to Tati's choreography."

Writer-director Neil LaBute: "For me, "Barry Lyndon" is the most distinctive and beautiful re-creation of period on film, bar none, and its leisurely pace and novelistic approaches to style—watch the way Kubrick slowly reverse zooms on the opening shot of many scenes, unveiling each new "chapter"—are pure cinematic pleasure. Plus, Ryan O'Neal kicks acting ass in this picture, swaggering through the proceedings with a brutish beauty, until he finally breaks your heart. Chilly and distancing? Sure. Long and filled with voluminous narration? Absolutely. It's also grandly handsome and furiously savage, and lit by John Alcott with lightning from the gods. It is not to be missed."