Quiz: What movie did this couple inspire?

Does this photo ring any (wedding) bells with you? Can you tell me who these people are and what movie they inspired? I'll let you think about it and I'll get back to you...

UPDATE: Answer after the jump... 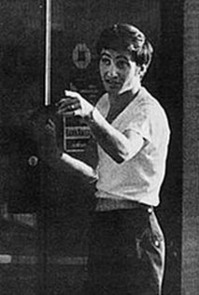 Yes, many of you noticed the resemblance between John Wojtowicz and the actor who played Sonny Wortzik (Al Pacino) in "Dog Day Afternoon." The bride is Ernest Aron, named Leon Shermer (and played by Chris Sarandon) in the 1975 movie. Ernest would later be known as Elizabeth Eden, after the gender reassignment surgery that Wojtowicz said was his motive for robbing a branch of Chase Manhattan Bank (450 Avenue P, at East 3rd Street) in Gravesend, Brooklyn. The surgery was financed out of the $7,500 (plus 1 percent of net profits) that Wojtowicz received for selling the movie rights.

The couple was married in Greenwich Village on December 4, 1971, although Wojtowicz was not divorced from his first wife (a woman named Carmen Bifulco), which probably didn't matter much since same-sex marriages (even if only temporary) weren't legally recognized at the time, anyway.

The robbery took place August 22, 1972. Wojtowicz's accomplice, 18-year-old Salvatore Naturile (known as Sal and played by John Cazale, who played Pacino's brother Fredo in the "Godfather" movies) was killed. Wojtowicz was arrested, tried and sentenced to 20 years in prison. He was said to have gotten ideas for the robbery from "The Godfather," which he had seen earlier the same day.

After serving 14 years of his sentence, Wojtowicz was released in April, 1987. Elizabeth died at age 41 in September of that year, of pneumonia related to AIDS. Wojtowicz died in 2006 at age 60. He was the subject of two documentaries -- "The Third Memory" (2000), a 10-minute split-screen re-enactment of the robbery which juxtaposes Wojtowicz's account with that of "Dog Day Afternoon" (1975) [watch it here]; and the feature-length "Based on a True Story" (2005). 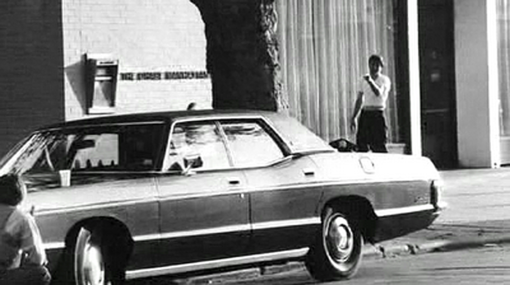 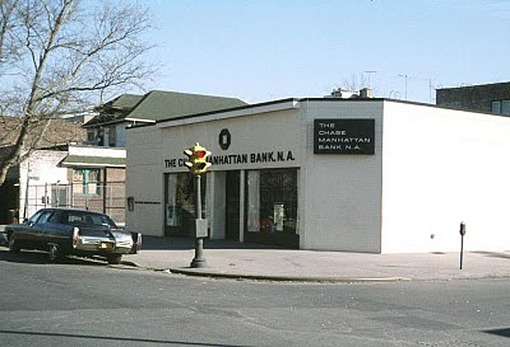 (Thanks to Flatbush Pigeon, the source for some of these photos.)

UPDATE: Check out more photos (and a link to the original LIFE Magazine story on which the movie was based) at Ironic Sans.