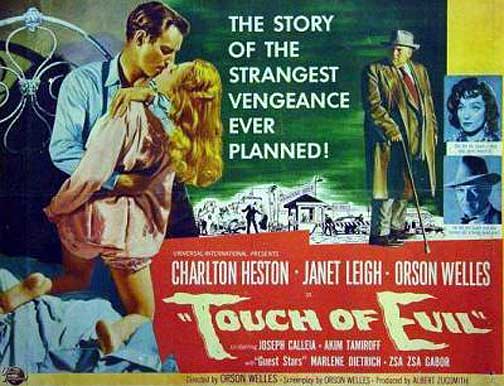 Charles McGrath wonders if critics and the public give genre work enough credit. In "Great Literature? Depends Whodunit," published in Sunday's New York Times, McGrath makes a case for pulp fiction that applies to movies as well as to literature. Often behind the generic labeling, he says, is:

... the assumption that genre fiction — mysteries, thrillers, romances, horror stories — is a form of literary slumming. These kinds of books are easier to read, we tend to think, and so they must be easier to write, and to the degree that they’re entertaining, they can’t possibly be “serious.”

The distinction between highbrow and lowbrow — between genre writing and literary writing — is actually fairly recent. Dickens, as we’re always being reminded, wrote mysteries and horror stories, only no one thought to call them that. Jane Austen wrote chick lit. A whiff of shamefulness probably began attaching itself to certain kinds of fiction — and to mysteries and thrillers especially — at the end of the 19th century, with the rise of the “penny dreadful,” or cheaply printed serial. The market and public appetite for this stuff became even larger in the early years of the 20th century with the tremendous growth of pulp magazines, which specialized in the genres and eventually even added a new one: science fiction.

Advertisement
I think of genre conventions as something akin to sonata form in music, or the chord progressions from a popular standard that jazz musicians may use as a foundation. The familiar prototype is just that: a recognizable structure upon which a craftsperson (even an artist) can create almost anything at all -- even turn it inside out or blow it apart.

Even some film artists with the most "highbrow" reputations have directed genre movies: Jean-Luc Godard, Chris Marker and Andrei Tarkovsky made science-fiction films ("Alphaville," "Jetée," "Solaris" (1972) and "Stalker"); Robert Bresson, Alain Resnais and Michelangelo Antonioni made mysteries or crime pictures ("L'Argent," "Last Year at Marienbad," "L'Avventura," "Blow-up" (1966) "The Passenger"); Carl Theodor Dreyer did a horror picture ("Vampyr")... You don't have to think of them all as genre movies, but to some extent they are. And in the most recent (2002) Sight & Sound international critics' poll, genre pictures ranked among the top ten greatest movies of all time: a romantic thriller (Alfred Hitchock's "Vertigo"), a pair of gangster pictures (Francis Ford Coppola's "The Godfather" and "The Godfather, Part II"), a science-fiction film (Stanley Kubrick's "2001: A Space Odyssey"), a Hollywood musical (Stanley Donen's "Singin' in the Rain" (1952)).

Video stores (remember video stores?) used to bewilder me because they'd be divvied up into sections devoted to Drama (one of the biggest), or Romance or Action (we won't even get into the mysterious Foreign section) -- and, of course, Horror, Science-Fiction, Comedy, etc. Sometimes you have to wonder how much a particular genre label describes an individual work, and how much it's a handy tool used by marketers and critics.

Then again (there's always a "then again..."), an awareness of genre conventions, even a subconscious one, is often key to the experience of watching a particular movie. The "missing person" mystery hooks you into "L'Avventura," and part of the thrill you get from watching it comes from how the movie strays from the expected storyline. Somewhere in the middle of "Last Year at Marienbad" are questions about "what really happened," and who remembers what, about "last year": an affair? rape? shooting? murder? All of this so that the movie can disregard them. As its screenwriter Alain Robbe-Grillet said about the film: "These questions have no meaning." You don't have to be familiar with film noir and classic hardboiled LA crime fiction to appreciate the Coen brothers' "The Big Lebowski." But you'll get more out of the movie if you do.