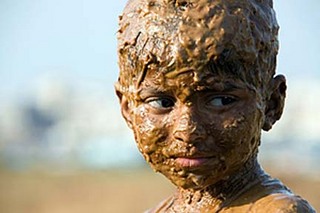 The charges have been raised: Exploitation! Historical inaccuracy! Quantitatively insufficient acting! Must be Oscar season. Will any of them stick?

This year's Academy Awards nominations were met with a near-universal ho-hum. Critics yawned ("the most dispiriting and beside-the-point Academy Awards race in decades," wrote Richard T. Jameson) and sneered, while pundits anticipated another plummet in the ratings for the televised ceremony.

So, how do you pump up interest in a desultory Oscar year? With Hollywood scandals, of course -- real or manufactured! Here are some of them (with links to source stories):

What kind of an Oscar campaign is Harvey Weinstein running for his dark horse nominee, "The Reader," and does it include secretly badmouthing the others in the race? (And how much stock can you put in a weird, Weinstein-glorifying Entertainment Weekly story that positions "The Reader" as a Slumdog "spoiler," when in once sentence it describes Weinstein as "an unswerving champion of great filmmaking," and in another recounts how he "strong-armed [director Stephen] Daldry into rushing the film into theaters before the end of last year, setting off a power struggle with the film's producer, Scott Rudin, who took his name off the film in protest"?)

At Slate, Ron Rosenbaum accuses "The Reader" of "Holocaust revisionism" for asserting that ordinary Germans had no idea what was happening: "What did they think?" he asks. "The Jews all decided to go on vacation and forgot to come home?"

How much did those non-English-speaking "Slumdog Millionaire" kids really get paid -- and why won't anybody say, exactly? (Jonathan Lapper draws parallels to the charges of exploitation leveled against Paul Simon's "Graceland" album in 1986.) Meanwhile, LA Times Oscar blogger Pete Hammond complains of a "raging conspiracy" against the once-underdog, now-frontrunner, and one that has nothing to do with its merits or faults as a movie that was nearly released straight-to-video. (His evidence: another LA Times story headlined "Indians don't feel good about 'Slumdog Millionaire'.")

Did Brad Pitt do enough "acting" to justify his nomination in "The Curious Case of Benjamin Button," if that's a digital representation of his face on screen for the first 52 minutes of the film? (See how it was done, and how the actor performed it, here.)

Does "Milk" "castrate its hero" by chopping out the sex? Mark Simpson in The Guardian writes: "Apparently, a bathhouse scene was filmed but ended up on the cutting room floor. I have no idea whether this was Van Sant's call or the studio's, but with that cut Mr. Milk was to all intents and purposes emasculated." Some have argued a similar reluctance to be open about the issue of homosexuality contributed to the passage of California's anti-gay-marriage Proposition 8.

Simpson quotes Milk himself in biographer Randy Shilts' "The Mayor of Castro Street": "As homosexuals we can't depend on the heterosexual model. We grow up with the heterosexual model, but we don't have to pursue it. We should be developing our own lifestyle. There's no reason why you can't love more than one person at a time. You don't have to love them all the same. You love some more, some less and always be honest about where you're at. They in turn can do the same thing, and it opens up a bigger sphere."

And, hey, what about that "Frost/Nixon"? Original F/N interview researcher James Reston Jr. (played in the movie by Sam Rockwell) writes: "For the stage and screen, this history has been compressed a great deal more, into something resembling comedic tragedy.... I've been thinking a lot lately about what is gained and what is lost when history is turned into entertainment."

Now, is that enough to distract you from the lackluster movies themselves until February 22?