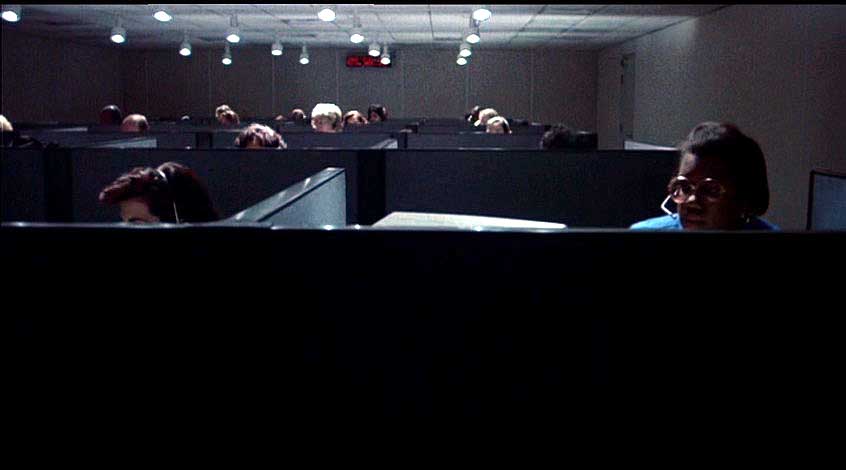 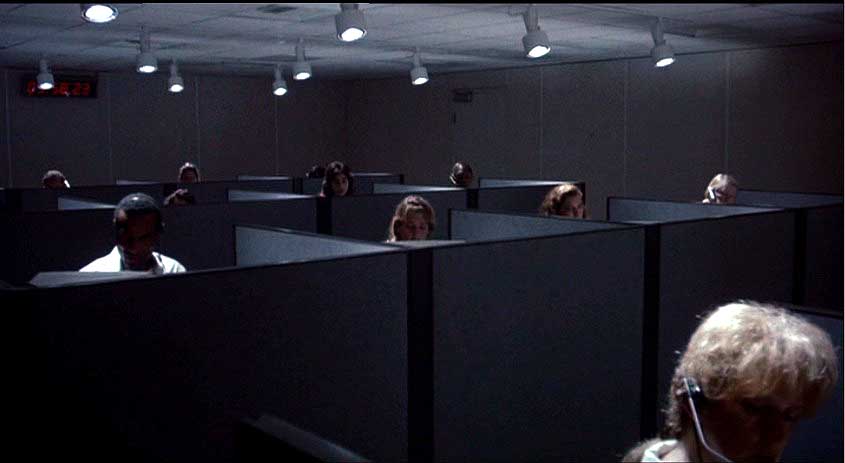 One of my favorite opening shots is from Michael Tolkin's "The Rapture." First, a black screen, menacing ambient music, vague noises of typing, people speaking. The camera rises and we realize we're looking at the side of a cubicle, and then we begin to move over a dark and shadowy cube farm, where average-looking phone operators perform and say the same maddeningly rote things over and over again. Eventually the camera focuses in on Sharon, our protagonist; but until then she could be anybody, another face in the crowd. 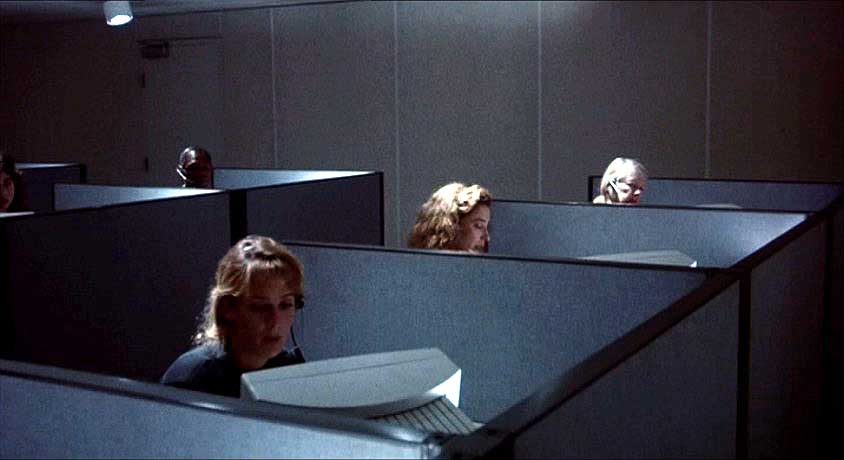 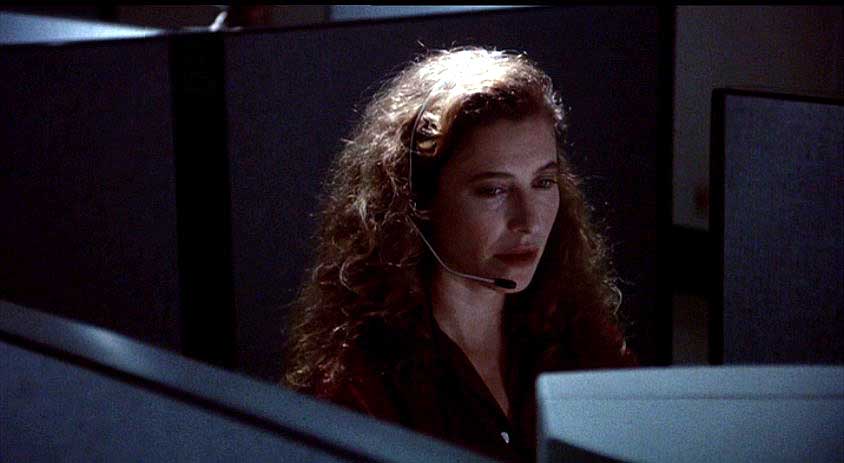 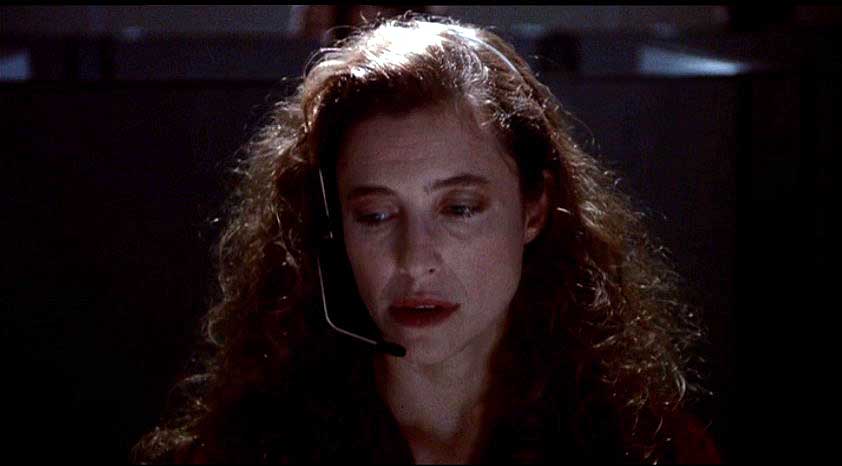 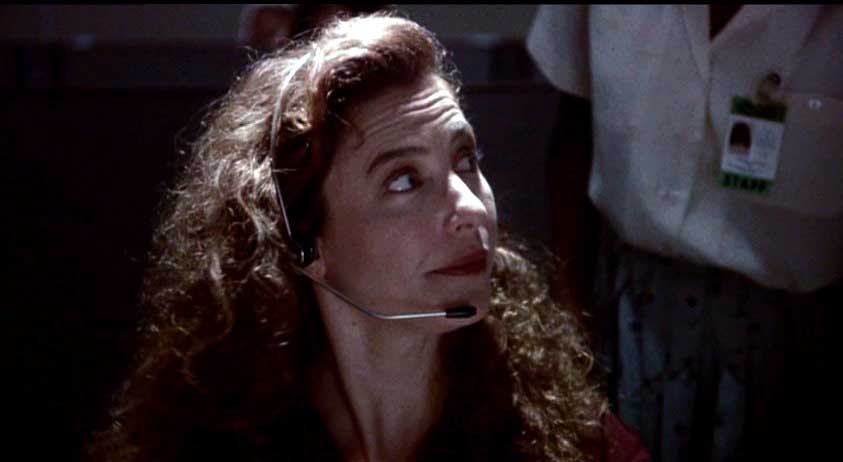 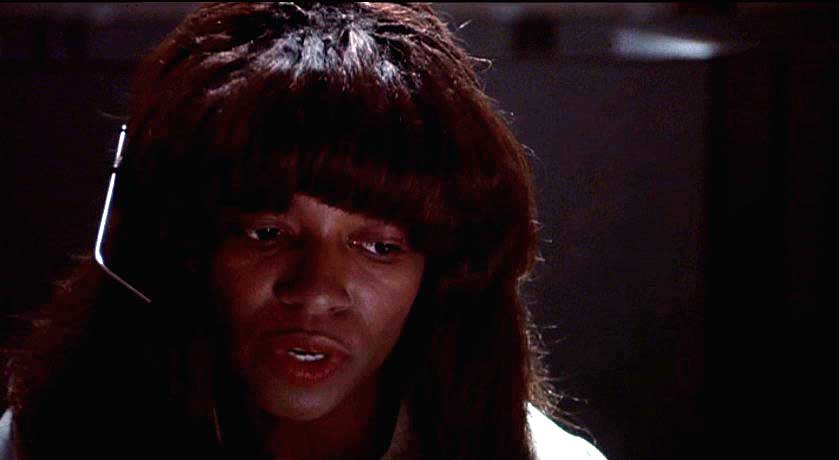 The shot sets up the themes of spiritual emptiness and social isolation that are so integral to the rest of the film, and which are mirrored in the final shot of Sharon standing alone (on what is unmistakably a set or a sound stage but which somehow still works), her voice echoing into the darkness, "Forever."

JE: I'm so happy that people have sent in Opening Shots for so many of my favorite movies of the 1990s: "Miller's Crossing," "Dazed and Confused," "Fight Club" -- and "The Rapture." This is just a great shot in every way. I used a frame from it in my Chasing the Image: Office Spaces post, too. Nathaniel captures the spooky, depersonalized feeling of it (and I'd forgotten about the distorted, echoey sound). The camera movement prefigures the movement of the film: We're going on a journey, moving inexorably toward a destination, but we don't know where we will end up. (And, as Nathaniel says, the shot also echoes the end of the movie, when Sharon asserts that she is not just "Operator 134" but her own person, defiantly exercising her free will.) When we reach Sharon's cubicle, the camera holds on her as she takes several calls, hearing only her side, and each just a variation on: "Operator 134. What city, please? Can you spell that? Is that a business or residence? Please hold for the number..." And on and on and on. Someone taps her on the shoulder. She looks up. She takes off her headset and hands it to a black woman who slides into her place in the shot and finishes her call: "Please hold for the number." At this point in the movie, Sharon is just an anonymous, interchangeable component, a cog in the machine during the day, who compensates by acting out uninhibited sexual fantasies at night ("What does control have to do with it?"). By the end, she's become a kind of mythic heroine, saying a firm "NO" to God.