It starts in a girl's bedroom, the camera slowly retreating in a gentle arc around the bed where the girl lovingly pets and hugs her dog. A teenager's room is a private sanctuary, and this bed (with a blanket folded at the foot for the dog -- a bed upon a bed) is her own imaginary island.

Her name is Holly (Sissy Spacek), and her story (narrated in the first person) and her voice is as flat as Texas but colored with the awkward poetic aspirations of a teenage diarist who's writing her thoughts for herself, but also partly addressing them to some future fantasy reader. She begins:

My mother died of pneumonia when I was just a kid. My father had kept their wedding cake in the freezer for ten whole years. After the funeral he gave it to the yardman... He tried to act cheerful, but he could never be consoled by the little stranger he found in his house. [Fade to black.] Then, one day, hoping to begin a new life away from the scene of all his memories, he moved us from Texas to Ft. Dupree, South Dakota. 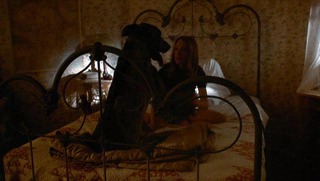 Moments later we meet Kit (Martin Sheen), a garbage man in Ft. Dupree, who discovers a dead dog in an alley. After examining the corpse with the curiosity of a child, his response is to say to his partner: "I'll give you a dollar if you eat this collie."

The story of "Badlands" (1973), Terrence Malick's first feature as writer-director, is loosely based on the 1958 Midwestern killing spree of 19-year-old Charles Starkweather and 14-year-old Caril Ann Fugate -- known in the movie as Kit and Holly. The movie first connects them through their associations with dogs. Holly shows more emotional attachment to her dog than to her distant father. Kit feels none of the empathy or emotion we would expect someone to show upon finding a dead dog. Something is missing in the lives of these two, a hole that each believes -- for a time, at least -- that the other can fill.

Holly's dog (who is nameless, like almost all of the characters except the young lovers themselves) becomes, in effect, the movie's first victim of violent rage, carried out with ruthless resolve. Holly's father (Warren Oates) uses her dog to punishes her for seeing Kit, and that's what sets off the murderous spree. 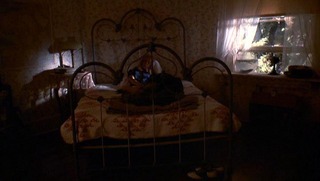 The idea of the "teenager" was coming into its own -- as a generation-defining phase in American adolescent development, and a marketing demographic. Starkweather saw himself as a rebel in the James Dean mold, and both Kit and Holly romanticize their exploits (as they themselves might call them), even as they express themselves in flat, understated terms that reflect both Midwestern manners and sociopathic alienation.

In his last interview (Sight and Sound, 1975), Malick described the distance both characters have from themselves. Of Holly, who shapes the story as if it were a fairy tale, he said she was guided by a need to be helpful, and not to dwell upon herself, which would be unseemly: 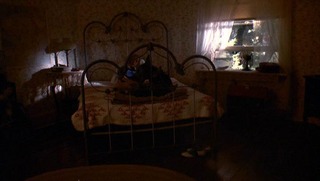 When they're crossing the badlands, instead of telling us what's going on between Kit and herself, she describes what they ate and what it tasted like, as though we might be planning a similar trip and appreciate her experience.

as a subject of incredible interest to himself and to future generations. The movies have kept up a myth that suffering makes you deep. It's not that way in real life, though, not always. Suffering can make you shallow and just the opposite of vulnerable, dense. It's had this kind of effect on Kit. 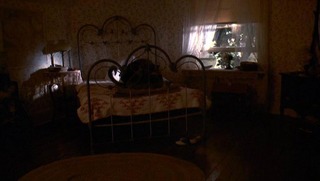 Holly and Kit have that in common. Their suffering has made them numb, callous. I've raised two German Shepherds, both rescued from shelters. These are sensitive creatures, and they're subject to something shelter workers call "Shepherd Shutdown," where the dogs just... shut down. Likewise, children adopted from orphanages sometimes fail to form emotional attachments to others. That seems to be something like what Holly is describing in the opening moments of "Badlands" -- the early death of her mother, the emotional withdrawal of her father... and then the description of herself in the third person as "little stranger he found in his house." In order to become free adults (as they see it), she and Kit will obliterate him and his house. And hardly appear to feel a thing.

That's shocking, but Malick makes it something else, as well. (Holly's narration is not, for example, that of the killer himself, as in Michael Winterbottom's chilling Jim Thompson adaptation, "The Killer Inside Me.") In "Badlands," Kit takes full credit/blame for the killings and Holly gets off with probation -- that news conveyed in the same monotone as the news of Kit's execution. 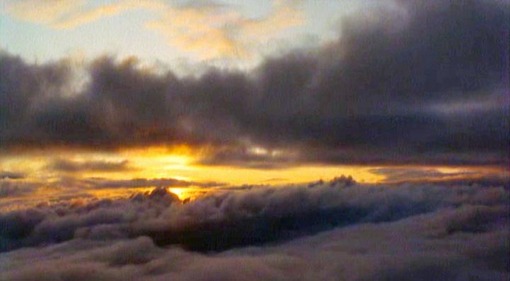 I find Holly's narration, like Linda's (Linda Manz) in "Days of Heaven" five years later, to be exceptionally moving because they don't supply the emotions (beyond a certain detached wistfulness). The images do. I don't know anything about Malick's religious beliefs, but he ends "Badlands" with an image of "heaven," and begins "Days of Heaven" with an image of hell (a factory with a roaring blast furnace). 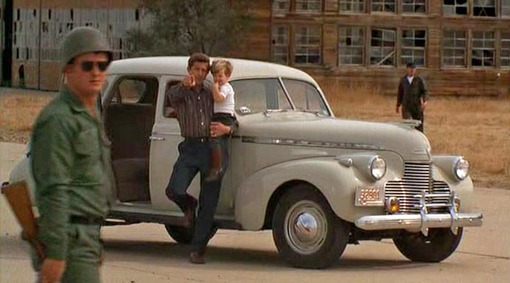 In a brief cutaway at the airport after Kit and Holly have been apprehended, a father points out the fugitives to his son.