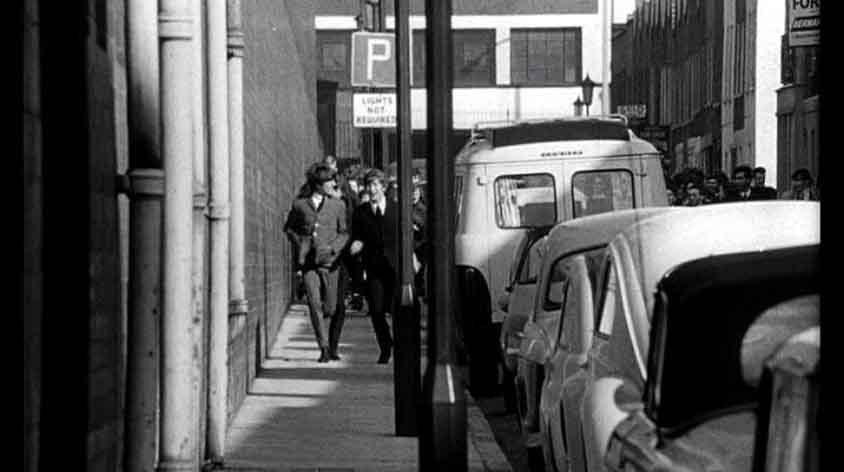 If there is any opening shot that truly shows the power of cinema, it comes from my favorite film, Richard Lester's "A Hard Day's Night" (1964). After crediting Miramax and Walter Shenson, the film makes a hard edit to John, George, and Ringo cheerfully running from hordes (not a group, hordes) of overzealous fans at Marylebone Station in London. Accompanied by one of the greatest opening chords in rock and roll history, you know that something fun is about to begin. 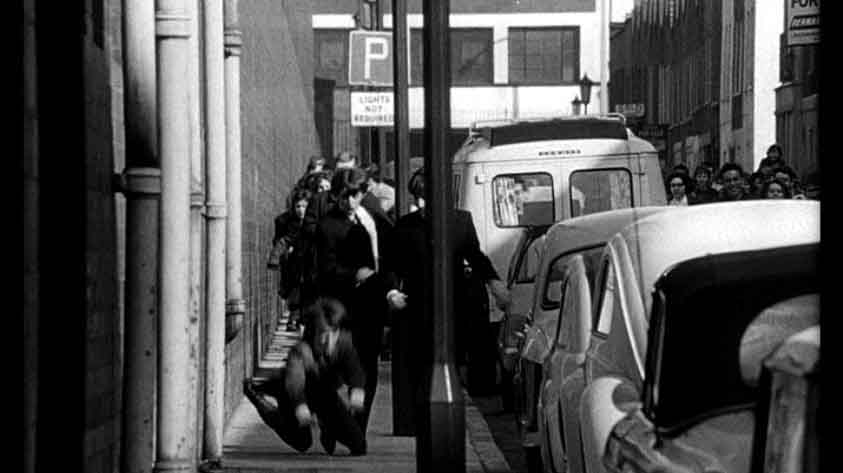 Also, notice the fact that George falls down, Ringo tumbles after him, and John turns and laughs. If it were any other film, the makers would probably have them do the shot again, but the spontaneity of that moment and how they react to it is real and joyous. When they finally approach the screen by the end of the shot, the magic of the film starts to weave a spell of euphoria, and we can do nothing else but enjoy the ride. 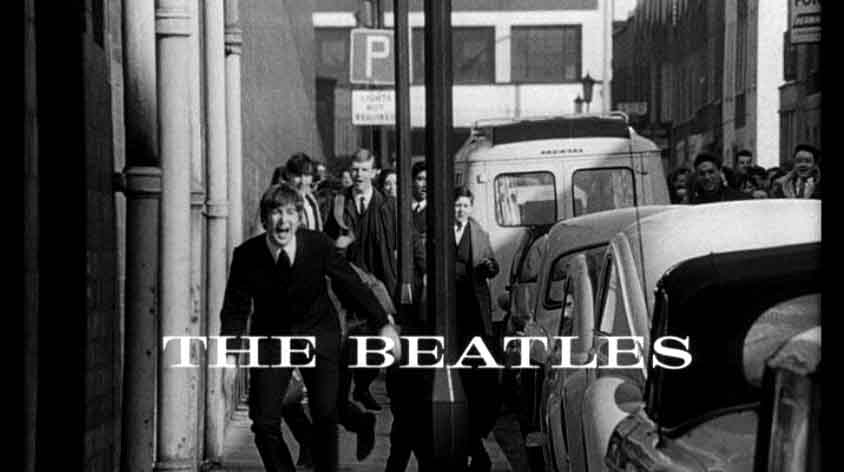 The picture cuts in from black as, on the soundtrack, George Harrison's jangling 12-string strikes a kinetic opening chord. The four members of The Beatles run towards the camera on the left side of the frame, while the stampede of fans who want to touch them fills all of the narrow street. The cars parked on the street obstruct much of the crowd, suggesting the film's energetic, impromptu feel. 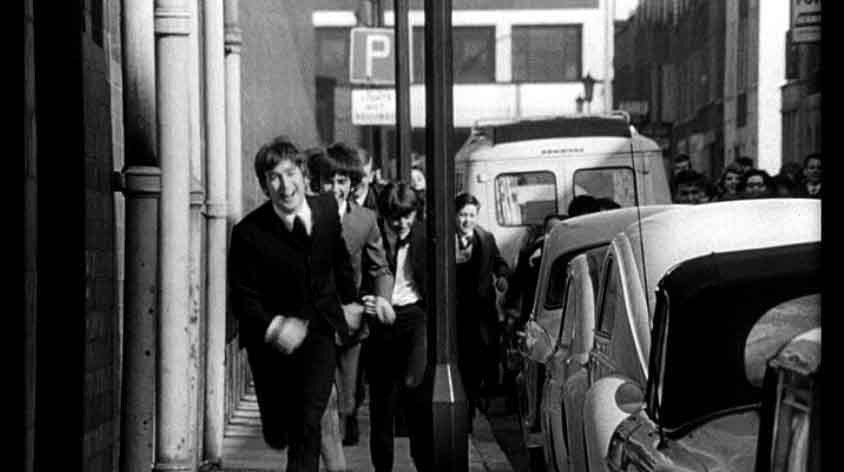 After George trips and Ringo falls behind him, they get back up and keep running. But as they reach the camera, they aren't running with fear, but with big smiles on their face.  And they'll be smiling throughout Richard Lester's masterful celebration of youth and music. 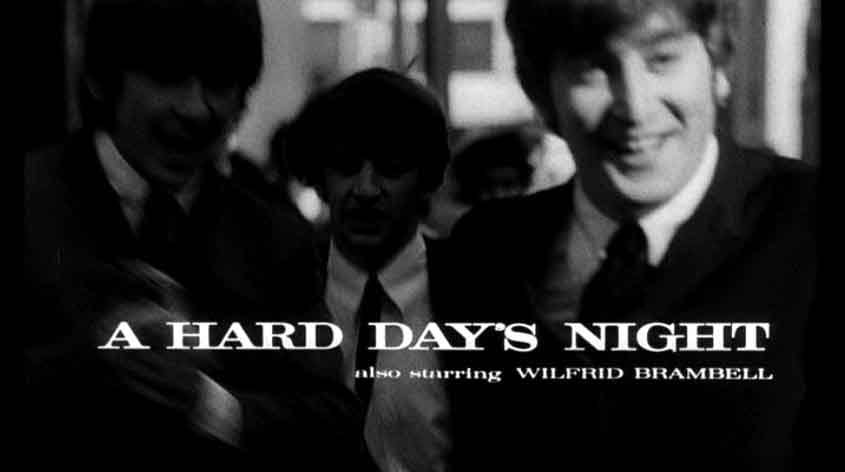 They make me feel all right.

JE: There's a whole mini-story -- and even character development -- in this single shot! Both our contributors mention how John (who was like the big brother to both George and Ringo) turns around and laughs when George falls. And George laughs, too -- self-effacingly. There's a moment when Ringo (The Slow One) seems to notice George has gone down, and all but says "Oh-oh!" -- but it's too late and he takes a tumble as well. This makes John, who keeps looking behind him to see how the boys are doing, laugh even harder. By the end of the shot (a telephoto, so everyone runs toward the camera without particularly seeming to get anywhere), they're clustered tightly together in the frame. These guys are a band.