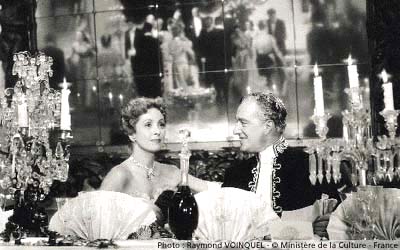 Movies are just a little more than 100 years old. Many of them (some say maybe even most of them) are lost or gone -- discarded, intentionally junked or rotted away. Original nitrate stock is extremely volatile, and "safety film," which wouldn't decompose quite so easily, wasn't widely adopted until the mid-1950s. Just look at the filmographies in any movie encyclopedia and you'll be overwhelmed by how many movies, even by famous directors, that you've never seen, whether they still exist or not. (John Ford directed somewhere around 150 of 'em.)

So, I got a kick out of some of the comments about Andrew Sarris's Greatest Movies of All Time (below). Yes, no question, it's an Old White Guy List. Mainly because Sarris is an old white guy, and does not pretend to be anything else (except, maybe, an old white Greek-American New Yorker auteurist guy and champion list-maker). Remember, Sarris built the original "American film pantheon" with what's probably the most influential English-language book of film criticism, "The American Cinema: Directors and Directions 1929-1968." So, is it a coincidence that "Belle de Jour" (1967) is the most recent film on his all-time greatest list? Maybe he just has a longer perspective. (He didn't start writing for the Village Voice until about 1960.) Think of the thousands upon thousands of movies he's seen in order to make up that list. We should all have such a broad film background to draw upon.

I think of it like this: When people decry the Western canon as being about dead white males, they're (partially) right. But there are other canons that are even more exclusive, and most of the greats are... well, still great. We live in an age where we know there's a lot more to art, and art history, than the Western canon, but that doesn't mean we shouldn't value it as much as ever.

At the risk of betraying my Old White Guy roots (I'm sure I've been one since I was about 12), what cracks me up is the assertion, by some people whose idea of film history extends as far back as, say, "Fargo" or "Star Wars" or "The Godfather" or "The Wild Bunch" or "Psycho," that Sarris must be misguided because nothing made in the last 40 years tops his list. (I'm not talking about any specific Scanners commenters here; this is just something I've heard from people for years -- like the ones who accuse me of disingenuousness when I say "Citizen Kane" is about as much fun as I've ever had at the movies -- and is demonstrably rich and profound, besides.)

What difference does it make when a movie was made? What does that have to do with whether it's a great movie or not? The late, great film historian and collector William K. Everson once told me he had little interest in movies made after World War II. Short-sighted? Maybe, but he was perfectly honest about what interested him. And you could easily spend the rest of your life just studying movies that were made before World War II.

I appreciate what Dennis Cozzalio said:

...I don't think there's anything wrong with this being "an old man's" (or woman's) list. Film history is what it is-- it cannot be changed-- and the tastes of critics who came of age in a different era are necessarily going to reflect a more established series of films, the names of which are going to crop up in more than one list of this kind. I think Sarris' leaving off anything after 1966 from his list reflects a respect for history rather than his blindness toward what's been happening since then. And if I saw a bunch of "greatest films" that forwent a lot of the films mentioned by Sarris and everyone else here and were weighted toward the '70s and '80s, I might think that the critics polled needed to get a little more familiar with that history.

By excluding anything newer than Bunuel's "Belle de Jour," I think Sarris is merely acknowledging (without making a statement) that one of the most important tests of a film's greatness is the one put to it by the passage of time. I know Sarris thinks there were many great films made in the last 41 years, but perhaps he simply doesn't think they're great enough to supplant the ones that we're still talking about 81 years later.

Me, I grew up in the 1970s, so many of my favorite movies (like "Nashville" and "Chinatown") were those that had an enormous effect on me at the time. But I tend to love and admire movies that not only operate in relationship to a tradition (aesthetic or generic), but also display an appetite for inventing (or reinventing) the cinema. So (to throw out a few generalizations), in the '20s, it was the form of the feature film itself; in the '30s it was the talkie; in '40s it was noir and Italian neorealism; in the '50s it was wide-screen and Method acting; in the '60s it was the French New Wave and new frontiers in sex, language and violence in mainstream American movies... and so on. Those are gross oversimplifications, but the best examples are as exciting to watch now as they ever were...