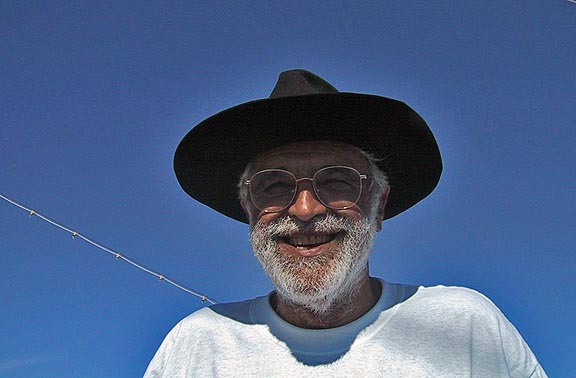 Cap'n Dusty Cohl aboard his Floating Film Festival in 2002: Larger than life, then as now. (photo by jim emerson)

Dusty Cohl was a tall man and an even taller character. Larger than life? Absolutely. And he made my life feel larger just knowing him.

Ten years ago, in February of 1998, I first met Dusty aboard his Floating Film Festival. An invitation had been extended to me via Roger Ebert to join the FFF as one of its critic-programmers. (I had the honor of presenting the world premiere of my best friend Julia Sweeney's "God Said, 'Ha!'" (1999) that year, and will present her latest film monologue, "Letting Go of God," aboard the FFF next month.) I didn't quite know it at the time, but legend has it that Dusty and his wife Joan -- who met most of the programmers (Roger, Richard and Mary Corliss, Kathleen Carroll) at the Cannes Film Festival in the 1970s -- started the FFF after Cannes, and later the Toronto International Film Festival (which Dusty co-founded), got too big and too busy for them to see all their friends, including their fellow Torontonians George and Gail Anthony, Barry Avrich, Bill Ballard and so many others. The Floater was Dusty's way of bringing them all together. On a boat. With movies. And food. And sun. And booze. And cigars. It was and always will be known as Dusty's party. 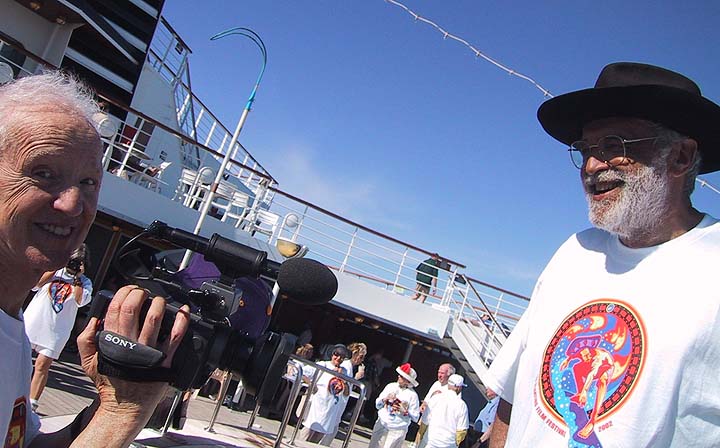 My first year, I had just turned 40 and immediately became known to Dusty as "Kid." I called him "Cap'n" forever afterwards. But as welcome and accepted as he and Joan made me feel from the get-go, I guess I found his outsized persona somewhat overwhelming or intimidating: I always seemed to be doing something exceptionally awkward (even for me) around him, like walking into walls or getting lost or sticking my foot in my mouth. Many people thought of him as a big kid, but to me he would always be a Big Kid.

Everybody wanted to please Dusty. His approval could light you up inside. My fellow FFF programmers and I noticed that Dusty's smooth and potent blend (as in Crown Royal, the blended Canadian whiskey that was his favorite only drink) of brusqueness and warmth was perfectly expressed in the term he always used with us when signing off a communication -- whether an e-mail or a phone call: "Lovesya."